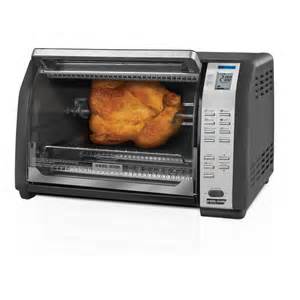 Behind every great catering company are the workhorses of the kitchen operation: commercial convection ovens. The roomy behemoths serve a variety of important functions while allowing for high-capacity cooking in a shorter amount of time. What makes them so useful? Take a closer look at the key features of convection ovens.

Commercial convection ovens differ from conventional ovens in that they use a fan on the back wall of the cooking space to move heated air around the chamber. A conventional oven, meanwhile, just has elements that heat the still air inside the box. Moving air allows for more even cooking even when the chamber is full of trays.

Commercial convection ovens are large, but they can be stacked in pairs to maximize space and to allow for easier loading access. They usually have double French doors that both swing open when one is pulled, accommodating large sheet pans on multiple racks. Convection ovens may be fueled by electricity or gas, depending on which is available wherever the commercial kitchen is located.

Anyone considering purchasing a commercial oven should check the licensing codes before making a purchase to avoid buying equipment that isn't allowed by fire, health and city ordinances.

There are many benefits to convection cooking that appeal to chefs in the restaurant and catering industries. The most obvious is higher production capacity. If dinner rolls for 500 people must be prepared, a convection oven gets the baking done quickly and uniformly, which is an important consideration when feeding a crowd.

The shorter cooking times increase productivity overall and have the additional benefit of reducing energy costs. The even heat created by the fan in commercial convection ovens means the food on the top rack and the bottom rack get cooked just as nicely as the racks in the middle of the chamber.

Convection ovens are known to crisp up meats, roast vegetables, and bake breads with ease and often at the same time. Taste levels and textures may be enhanced no matter what types of food the chef is preparing.

Outside of traditional cooking, convection ovens can be used in some niche ways in a fast-paced restaurant or catering environment. This versatility makes them an even more popular choice. For example, after the food is cooked, the oven may be adjusted to a much lower temperature and used as a holding box for food waiting to be served. Food safety rules dictate that cooked foods be held at temperatures over 165 degrees Fahrenheit, so the convection oven can serve this purpose.

Also, many newer convection ovens can be set to heat and bake according to a preset timer. A chef could put frozen dinner roll dough on a sheet pan before leaving at night, and the dough would defrost and rise over a period of hours. Then the oven can be set to turn on and heat, so the rolls are completely baked and hot when the chef arrives back the next day. Some bakers even add a pan of warm water to their convection ovens and fill the racks with proofing dough. The oven acts as a proofing cabinet and then can be set to bake off the bread.

Commercial convection ovens help chefs and bakers worldwide do the hard work of feeding the masses every day. With their versatility, durability, and functionality, they are essential tools that are vital to the success of any eatery.