Krav Maga is rapidly rising in the world of martial arts. It’s been around for decades, and for a long time there was few people who could actually teach others the ways of this useful and purpose-driven fighting style, but with globalisation taking hold and nothing holding it back, Krav Maga is fast becoming one of the favourite martial arts to grace the fighting world. 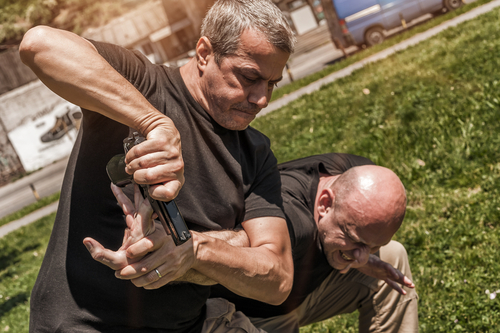 With introductions into MMA and competition (in some circles), IDF training is now available in a huge range of countries and cities. To illuminate this noble and brutal martial art, we have put together the who, the what, and the why of Krav Maga.

Krav Maga was started in the 1930’s in Bratislava, by Imi Lichtenfeld, in an attempt to protect the Jewish quarter of the aforementioned city from attacks from the Nazi armed forces. Imi utilised his knowledge of boxing and street fighting to create a system of fighting specifically for this purpose, and that is what sets Krav Maga apart from other martial arts.

Though it may not have a long and storied history, spanning many centuries like other martial arts do, it had a single, unified purpose in it’s conception, and only one function even today. After Imi was forced to flee Bratislava he went to Palestine and helped form the country of Israel, and taught the military and police force the fighting style he had developed when fighting the fascist invaders during WW2. 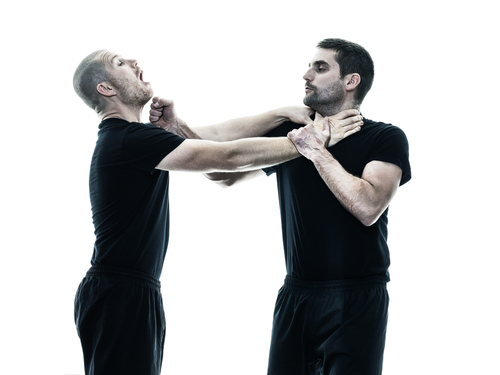 Krav Maga was created to defend the Jewish quarter, but it’s function was to be ruthlessly efficient as a fighting style. While the practitioners of Krav Maga are taught extensively to look for other means of escape without resorting to violence, when pushed into conflict or threatened with bodily harm, this fighting style rises above and beyond the rest for speed of conflict and surety of defeat.

For a long time there was no competition involving Krav Maga, because it was solely meant for the purpose of defending oneself and the masters of the fighting style were uneasy with the idea of people using it against other people for sport. However, eventually a new set of “competition” rules and moves were established, and now those must be followed to a tee if a practitioner is to compete.

Krav Maga’s philosophy is to stop threats quickly and to get away safely, and it is around this core that the rest of the Krav Maga way is formed. Attacks and counterattacks are brutal and heavily damaging to those suffering them, and are intended to incapacitate in seconds instead of minutes, like in other martial arts.

Using any and every object feasible in the immediate area is also taught, if they can help in quickly and thoroughly stop any threats. Another component of Krav Maga is being taught never to give up, as a real fight could mean serious bodily harm or even death.

Finally, there is an emphasis on a lack of rules in a street fight, therefore there is a lack of rules or form in Krav Maga, meaning no Katas or shapes to fill in combinations, just the simple and easy-to-understand philosophy of neutralising your opponent quickly and escaping safely.

Krav Maga is brutal, efficient, and straight-shooting. It is full of moves and techniques, and it requires strength to perform, but it will also guarantee that you can defend yourself when the time comes to do so.