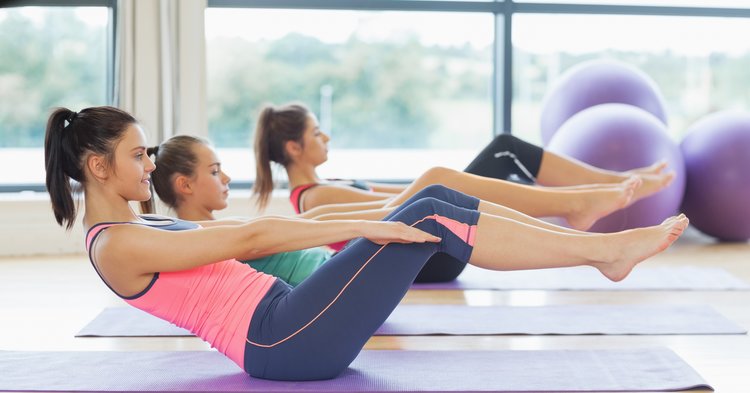 Most people have heard of pilates, but many do not know anything about it other than it is some type of exercise. Pilates is so much more than that, it is about health and wellness as well as a great exercise routine for anyone looking to get fit. For those who regularly participate in pilates, it becomes a routine, a lifestyle if you will. Truly though, what is Pilates? In this article, we will explore the origins of pilates, have a pilates versus yoga debate, and talk about the benefits of partaking of this exercise regime.

Did you know that Pilates is named after the man who invented it? Yes, it is true, a man named Joseph Hubertus Pilates. He was born in Germany in the year 1883 and was a sickly child. He suffered from asthma among other ailments and he turned to exercise as a means to combat his illnesses. He spent much of his time studying a multitude of various athletics and exercise regimes in an attempt to broaden his knowledge base. His particular favorite was the Greek ideal of a balanced body, mind, and spirit. From that system, he began the process of developing his own exercise system. As Joseph grew older he lost that persona of a sickly child and he became a boxer, gymnast, diver, and even a skydiver.

Joseph traveled to England in the year 1912, once there he found work as a self-defense instructor for the detectives of Scotland Yard. During the outbreak of World War I, Joseph was unfortunately interned as an “enemy alien” along with other German nationals. During this time, he spent his days refining his ideas for his own exercise system. He also spent time training other internees in this new system he had created. Joseph found ways to use the items around him as exercise aids. This included attaching springs to hospital beds, which enabled bedridden patients to exercise. During the year 1918, there was a terrible influenza epidemic in England. This epidemic killed many thousands of people, though not a single one of Joseph’s trainees perished. After being released, Joseph returned to his home country of Germany.

Joseph met Clara Zeuner in the year 1926 during his emigration to the United States. Clara and Joseph later married; it is a little-known fact that Clara was his third wife. After their marriage, the two lovebirds opened a fitness center together in New York. By the time the early 1960’s rolled around Joseph and Clara could count many of the dancers from New York City among their clients. This included George Ballentine himself who invited Joseph to instruct his ballerinas at the New York City Ballet.

Mr. Joseph Pilates continued to teach and train clients right up until his death in the year 1967 when he was 87 years old. He did not leave a will, nor any instructions on what was to be done with his business after his death. Despite all of this, his legacy did go on in the form of his proteges. All these years later, his exercise system is one of these most studied in the United States.

Now that you know a little of the background of pilates, let’s take a look at how it differs from yoga. Many people believe that they are one and the same, synonymous if you will. This is most assuredly not the case. What I decided to do was go researching a Yoga place around where I lived. I visited the websites of a bunch of them and settled on pilatespal.com (since I liked how their site looked the most) and I wasn’t disappointed! After visiting and browsing around the site, I learned that one of the main differences between yoga and pilates is that yoga concentrates mainly on flexibility while pilates adds in strengthening and works to relax tense muscle groups. Both practices offer stress-relief, flexibility, control, endurance, and strength. Another big difference is the spiritual aspect associated with the majority of yoga classes and teachings. Whereas, there is not a spiritual aspect to pilates. This is an important distinction in that some people prefer the spiritual nature of yoga while others do not want that aspect. For the latter group of people, pilates is definitely the better option.

Finally, let’s talk about the benefits of pilates and what you can expect from taking up the exercise system. One of the benefits is that you have the option of going to the gym for a class or staying in your own home with a DVD and an exercise mat. Pilates is a very cost-effective routine to take up. All you need for studying at home is a DVD, the average cost of which is $15. If you wish to take a group class, you will generally pay around $10-$30 or if you prefer a private lesson, you are looking at approximately $50 give or take depending on your area. One of the best benefits of pilates is that it is great for people who are dealing with a wide variety of medical conditions. This includes high cholesterol, heart disease, high blood pressure, and diabetes. If you are suffering from arthritis, pilates is a great option for you because it is a great strengthening and flexibility program.

If you are dealing with a recent back or knee injury, you should definitely consider adding pilates to your rehab routine. This is also a great program for athletes to help prevent knee injuries and the onset of arthritis. Of course, you should always consult your doctor before beginning any new exercise routine. It is always better to be on the cautious side and make sure you are physically able to perform these exercises. Exercising with a trainer who has accredited Pilates instructor courses is, however, recommended in case you suffer from a disease. Professionals will know how to approach your training routine and adapt it to your needs.

Hopefully, you have learned some useful information in this introduction to pilates and now have all of the necessary facts to determine whether or not Pilates is right for you. If you decide to practice in your own home, especially when you are first starting out, be sure to follow all of the directions and instructions in the video you are using. Remember, safety first, always. Once you take the leap into the world of pilates, you may want to engage in a community of like-minded individuals. If you are looking for more information or a community of other pilates practitioners, be sure to check out, there you will find a site dedicated to everything Pilates. Happy exercising!