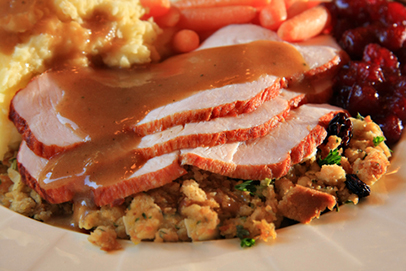 Long gone are the days when people ate what they produced on their land and what animals gave them. Industrialization happened, and the more technology we use to produce our food, the unhealthier it gets.

Processed foods, additives, pesticides, chemicals, they all sound familiar to you, and unfortunately, they are present in all supermarkets and shops all over the world. We try to live a healthy life, as we see the horrifying results of industrialization, but do we know what we should eat and what not?

Trying new foods and looking for weird flavors is a hobby and a passion for some people. A passion that sometimes can be deadly if you do not do research before eating exotic foods. Traveling abroad means tasting the local food, but with some precaution if you want to return home safely.

Mysterious delicacies might be tempting, some of them being cooked and plated in a fascinating way. But not all of them are safe to eat.

Here are 7 of the foods not to eat no matter what.

The resin linings of the tin cans contain a synthetic estrogen, called bisphenol-A, which is linked to reproductive abnormalities, heart disease, obesity, diabetes, neurological defects and increases the risk of prostate and breast cancers. The tomatoes’ acidity causes the BPA to go into your food. Recent studies have showed that the BPA levels found in the human body exceed the amount that causes chromosomal damage in animals and suppresses sperm production. Avoid canned tomatoes and any canned foods.

Processed meats come from animals given antibiotics, hormones, and veterinary drugs to grow faster and fatten them up. This type of meats contains dyes, sodium nitrite and chemical flavorings, increasing the risk of cancer. Replace them with meat coming from grass-fed organically-raised animals or wild caught salmon.

Margarine is made of vegetable oils, free radicals, trans fats, preservatives, hexane, toxic solvents and emulsifiers which increase the risk of heart disease and the blood cholesterol levels. Instead, go for butter made from raw milk produced by grass-fed cows.

The lining of the microwave popcorn bags contain sperfluorooctanoic acid (PFOA) which leaches onto the popcorn when they are heated. In animal testing, the increased PFOA levels cause pancreatic and testicular cancer and even infertility. The PFOA is not eliminated by the body and it stays in the organism accumulating there. Use a skillet to pop natural kernel and flavor it with real butter, cheese or vegetable flakes.

Salmon is a wild fish and nature did not intend it to be raise din pens and fed poultry litter, soy and hydrolyzed chicken feathers. Farmed salmon is high in contaminants such as pesticides (DDT and dioxin), brominated flame retardants, antibiotics, carcinogens and PCBs. Try to consume only wild-caught Alaska salmon.

American cheese is not cheese at all; it's a blend of protein, milk fats, food coloring and emulsifiers. It is high in fat and sodium, and it is not even close to dairy.

You already know that soda is very bad for you. A can of soda contains ten teaspoons of sugar. To be able to break that down, your body produces excess insulin, which increases your risk of developing diabetes and cancer. Soda also contains caramel coloring, and diet soda contains artificial sweeteners, which are very harmful to the organism. Diet soda has been linked to higher risks of stroke, heart attack, depression, premature birth and pancreatic cancer.

Sannakjiis raw Korean baby octopus which continues to move even after it is chopped. Why is it deadly? Because the limbs are still moving when you eat them, and their suction caps can latch onto your throat becoming a choking hazard causing asphyxiation. Better stay away from these little creatures.

Casumarzuis, in fact, rotten maggot cheese made of sheep milk and laid outside to allow the flies to lay eggs on it. The eggs hatch into maggots which start feeding on the cheese and cause fermentation. The larvae do not die when you ingest the casumarzu and wiggle through your intestine causing severe illness. Although the European Union has banned the so-called delicacy, shepherds continue to produce it and sell it on the black market. If this was not enough, the locals recommend wearing eye protection when eating casumarzu as the maggots can jump into your eyeballs.

hickz1 is author at LeraBlog. The author's views are entirely their own and may not reflect the views and opinions of LeraBlog staff.