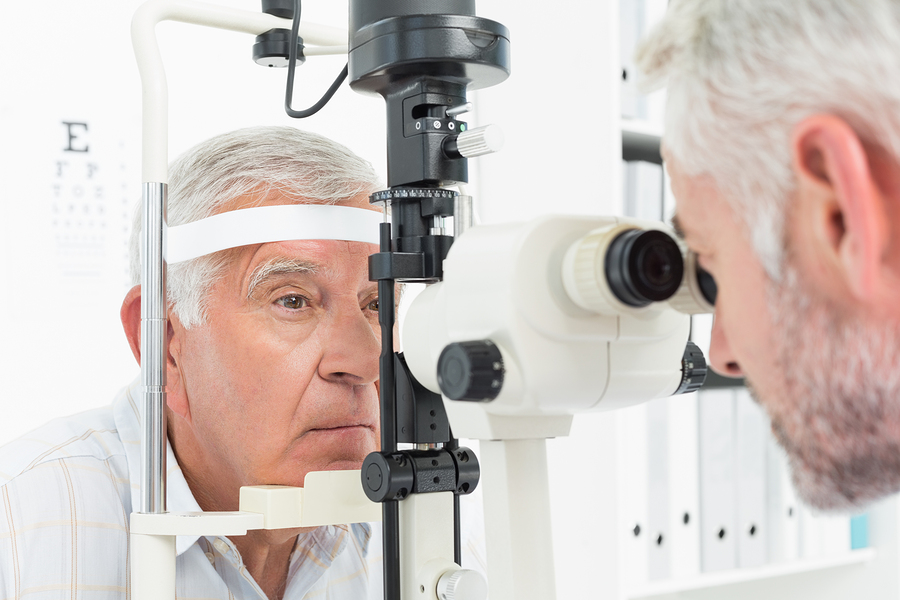 Vision problems are common among older adults, ranging from presbyopia, far-sightedness that may strike around middle age, to more serious issues such as cataracts and glaucoma. Despite how common they are, though, these vision problems aren’t inevitable. With proper eye care, you can minimize the likelihood that you will experience visual decline as you age, allowing you to enjoy your favorite activities and maintain your independence well into retirement.

Along with mild irritation such as dry eyes, floaters, and tearing, presbyopia is one of the most common and least serious vision problems among older adults, and most will have some symptoms by around age 40 – but focusing on your circulatory health can help delay or reduce the severity of symptoms. Any form of cardiovascular disease can increase your risk of presbyopia, as can anemia, vascular insufficiency, and diabetes. All of these issues can harm your body’s ability to carry blood to the vessels around the eyes and cause visual decline.

If you’re beginning to experience symptoms of presbyopia, consider whether an underlying problem may be contributing to the problem. For example, if you have anemia, consider taking an iron supplement to improve blood oxygenation. You can also add iron-rich foods to your diet, such as lean beef, turkey, eggs, spinach, tofu, and lentils. Those with diabetes should be especially vigilant about controlling the condition, as poor sugar control can cause serious damage to the blood vessels around your eyes.

Another common visual problem impacting older adults is cataracts, with about 1 in 50 people developing cataracts over the course of their lifetime, including those who are born with congenital cataracts. The majority of cases of cataracts in adults, however, are what’s known as radiation cataracts. Radiation cataracts are primarily caused by UV damage – in other words, too much time in the sun, so put your sunglasses on, even in the winter.

In addition to wearing sunglasses, eating a diet high in vitamins C and E can also help minimize the risk of cataracts. That includes tomatoes, red and green peppers, cantaloupes, strawberries, and plenty of nuts. These nutrients can also minimize the growth of cataracts in those who have already developed them.

A third major vision problem that may occur in older adults is glaucoma, a condition that causes pressure to build up in the eye and can damage the optic nerve, resulting in blindness. Though glaucoma can be secondary to other health problems like diabetes, the condition also tends to run in families.

As with other conditions, wearing sunglasses and maintaining good cardiovascular health are both important to preventing glaucoma, but you should also make sure you’re getting plenty of vitamin D, through sources like fish oil and egg yolks, and foods that are high in omega-3 fatty acids, either from fish or from plant and seed-based sources like walnuts and flax seeds.

A less-widely recognized, yet common eye health issue among older adults, age-related macular degeneration (AMD) is a condition characterized by central, detailed vision loss, as well as depigmentation and the development of yellow deposits on the retina. Typically, AMD develops slowly and it can be treated, but over time, it can leave sufferers legally blind. Women, those with light eye color, and people who have spent a lot of time in the sun are at a higher risk for AMD. The one piece of good news? Treatment for AMD is largely natural.

The first line of treatment for AMD is a vitamin regimen including beta-carotene, vitamins C and E, zinc, and copper. This treatment is the result of extensive study by the National Eye Institute of the National Institutes of Health – the Age-Related Eye Disease Study (AREDS), and in a more recent update on the study, AREDS2, researchers also recommended adding lutein and zeaxanthin or even replacing beta-carotene with these compounds, as beta-carotene is associated with increased lung cancer risk in smokers. Once AMD becomes more advanced, however, patients typically require more advanced treatment, such as anti-angiogenic drugs, steroids, and photodynamic therapy, which is why it’s important to catch the condition early.

If you want to see clearly into your senior years, it’s important to take care of your eyes starting when you’re young, and be sure to get regular eye exams. If your doctor does identify a problem, acting quickly can help keep the issue from getting worse.