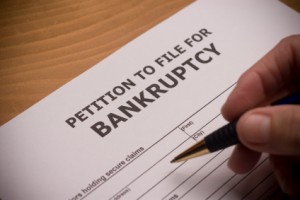 The Internet has undeniably revolutionized the way we do business. Today, we could simple make payments with one click through Paypal and Ebay and search for classified ads. Unfortunately, this development compromises the existence of some businesses. The following are the industries, products, or occupations that have grown obsolete with the rise of the Internet.

Remember these things? If you were born in the early 90's, you must have been amazed with the information you can get from encyclopedias. These are books containing important information for various topics. Usually, they come in a set that families place in large cabinets because of the bulk of information that they contain.

With the rise of the Internet, information has never been so accessible and updated. In doing research, people prefer to type a term on a search engine and get thousands of results rather than tiring themselves in finding a keyword page by page. Even with the introduction of soft copies of encyclopedias such as Encyclopedia Britannica and Encarta Encyclopedia, the Internet was the better choice. As a result, these products are no longer seen in the market today.

Have you experienced sheer excitement and joy every time your dad took you to Blockbuster Video when you were just a child? Today, those are just mere memories because video stores no longer exist.

These businesses dominated before, since watching movies was the most common recreation. However, the Internet became a game changer because of its unique features: convenience and affordability. Rather than visiting a local video store to buy or rent a video tape, movie junkies could simply subscribe to Netflix now and have endless movie options in the comfort of their homes.

Every time you see a yellow-colored book, you already know what it contains inside. The iconic yellow theme of the Yellow Pages phonebook is deeply imbedded in our minds and hearts, along with the story of how its product life ended.

Because Internet was a major avenue for marketing, finding the contact number of a company is a lot easier than flipping through pages of a phone. As a result, these products become nothing but objects that consumed office or home space. In fact, San Francisco banned the distribution of Yellow Pages to consumers unless they consented because the amount of unused phonebooks in the location had the size of Mount Everest, if you multiplied its height by 8 and a half.

Music is an art that will never be obsolete. However, the way we create and listen to it continues to change over time. Record stores, just like video stores, were dominant before. Music enthusiasts usually visited these stores to listen to tracks of albums and buy them. With the advent of Internet, the existence of record stores were threatened by two obstacles. First, illegal downloading was apparent. Music was readily available for free, and the government had difficulties fighting against the culprits. Second, online stores rose to popularity. With iTunes for example, you won't have to try the track for yourself. You just have to subscribe and get albums based on your music preferences!

Mail used to be the only medium of communication. It was used to send business letters, love stationaries, and other important documents. No one ever though that a competitor would soon take over the world of communications. Today, e-mail is the product that took mail's place from the throne.

Three competitive advantages contributed to the domination of the e-mail. First, it was more convenient. Instead of writing a letter with a pen and a paper and purchasing an envelope and stamp, it was a lot less stressful to compose an email. Second, e-mail is faster received. Mainstream mail, in order to be received by a person, needs to be transported through postmen. Therefore, the farther the place, the later the mail will be received. In comparison, an email is sent within seconds with the magic of Internet.

Internet is indeed a force to be reckon with. Therefore, businesses should be wary of its capabilities so that they can take advantage of its characteristics rather than die because of its power. Thanks for reading!