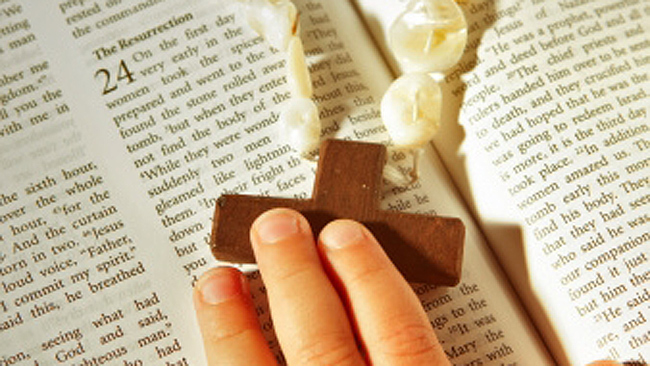 When it comes to topics within education that provoke debate, faith schools are always bubbling away, with the occasional newsworthy event causing ripples at the surface (take the Deputy PM securing a place for his eldest son at a top-ranking Catholic comprehensive, for example). Here in the UK, faith schools are not as visible a part of the sector as they are in, say, Australia (where many parents see them as a bridge between costly private schools and lowly state schools), yet, despite a steady existence rather than any particular â€˜boom', they continue to be an emotive topic.

The British Humanist Association (BHA), for example, contends that faith-based schools select students based on their own criteria rather than more widely agreed criteria; and that they admit fewer children from deprived backgrounds (based on the number eligible for free school meals). The BHA also contends that faith schools are free to discriminate against pupils (or potential pupils) and staff based on religion (or lack thereof), and to pursue their own agenda in the teaching of subjects such as PSHE (perpetuating a faith-based notion that homosexuality is â€˜wrong', for example).

Current Government thinking on faith schools is a marriage between Conservative approval and Liberal Democrat caveat: faith schools are to be welcomed, but they must ensure that they are inclusive and accessible to students from more diverse backgrounds - and it is while striking this happy medium that such doctrine harks back to the origin of faith schools. Or, to be more accurate, the origin of schools.

For, as the Government's own website puts it, faith schools began educating pupils long before the state became involved, and, while the instilling of a positive moral framework was a crucial part of that education, an analytical and questioning mind was also encouraged, and it was within a religious context that many scientific discoveries were made. It's generally agreed that it was within the Islamic tradition of education that maths and sciences made advances during the early Middle Ages, aka the Dark Ages, when learning in Western countries was stupefied by superstition.

Boarding schools are no less likely to have evolved along religious lines. The UK Boarding Schools website contends that, while many boarding schools retain many of the moral elements of their foundation, "schools with a religious emphasis frequently accept pupils from a wide range of faith backgroundsâ€¦ These faith schools may expect sympathy towards their belief systems, and may require pupils to attend religious services and activities."

Just for the record, how many faith schools are there? Government figures from the Department for Education in 2010 report that, out of 20,000 maintained schools, 7,000 are faith schools, and most of those are CoE, with large minorities being Catholic or other mainstream Christian. The rest are Jewish (38), Muslim (11), Sikh (3), Greek Orthodox (1), Hindu (1), Quaker (1), Seventh Day Adventist (1), and United Reformed (1). Such faith schools are allowed to use faith as a criterion for entrance, but not to bar entry for pupils of other faiths or no faith if there is room for such pupils; the same is true of faith-based academies.

And, again just for the record, with the Education Secretary's avowed enthusiasm for â€˜free schools', where do they stand on using religious beliefs as a criterion for entry? According to the Government's website, they'll be required to admit 50% of their pupils without reference to faith, to ensure such schools give priority to all local children.

So, then, faith and education have a long and complex relationship that, even in today's society that seems on the surface to be so secular, would be far harder to untangle than bodies such as the BHA contend. But, with allegations levelled at faith schools of discrimination based on religion, of teachings that do not correlate with our national agenda of equality for all, and of selection of â€˜better' pupils by faith schools, the question remains: should we try?

Kerri Tyler is a freelance writer and editor who’s combined journalism with teaching in Thailand, Australia and the UK. Her interest in education has become more focused since the birth of her son in 2008.