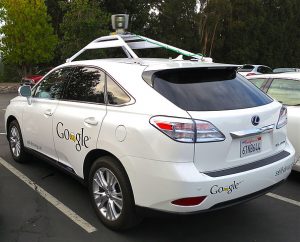 Self-driving cars are no longer the fodder of science fiction stories. While certain types of automation have been in vehicles for years (think adaptive cruise control), some automakers like Tesla have taken it to a new level. Tesla’s Autopilot has been the focus of media attention in recent years, but what many people don’t realize is that Mercedez-Benz, BMW, and Volvo have also installed similar systems in several of their models. As technology advances, the day is coming where a car will require little or no human intervention – and that day is rapidly approaching.

Benefits of Self Driving Cars

Once you get past the sci-fi hype, the practicality of self-driving cars is obvious. They don’t get distracted, they don’t text while driving, and they don’t have a few drinks then get behind the wheel. Considering that 1,161 people are injured and 8 are killed every day in the United States due to car crashes that involve a distracted driver, this technology could save billions of dollars. However, when you consider the 28 people who die every day in the US due to drunk driving, it could be a life saver.

Just how much can we trust cars that can drive themselves? Can they really prevent human error in the driver’s seat? The National Highway Traffic Safety Administration (NHTSA) reports that the majority (90%) of car accidents occur because of human error. Some researchers believe that self-driving cars could significantly lower traffic fatalities.

Levels of Self Driving Technology

Who is Liable when Technology is Autonomous?

Determining the legal liability in an accident involving a self-driving car is rather complex. There are several parties that are involved, including the driver, the manufacturer, even the software engineer. Autonomous technology has opened the door for some serious legal debate. It isn’t as simple as charging a driver when it was essentially a robot that was driving. There are several things that must be considered, such as the vehicle’s level of automation, the level of the driver’s engagement, and whether or not there was a design flaw or failure.

Many experts who are weighing in on the subject believe that a self-driving car accident could potentially be classified as a product liability issue. This would place the liability squarely on the shoulders of the car manufacturers since the crash could be considered a catastrophic product failure. This would require proof that there was a design flaw and the software failed at what it was intended or was reasonably expected to do.

When a Self-Driving Car is in an Accident Who Pays?

In a “typical” car accident, the driver who is found at fault, the one who caused the accident, is the one who is responsible for paying for any damages. When there is a self-driving car involved in the accident, there becomes a potential third party – the manufacturer. The question of who pays can become very complicated because the driver may not be completely at fault. This would mean multiple lawsuits and could mean years of litigation for the plaintiff. It could be a very long time before they receive adequate compensation for injuries, property damage, and loss.

Investigators will have to determine the degree to which the driver was operating the vehicle versus the degree to which the software was operating it. Then liability would have to be split according to the degree of operation for each party. However, if no design flaws are present and the software did not fail, then the driver who was at fault would likely bear the full brunt of the liability. In such case, they could be responsible for paying in the event of an accident.

Where do We go from Here?

The technology is still very new and there are many implications. Insurance companies, lawmakers, and even the manufacturers are still scrambling to keep up. The laws that are made now will pave the way for increasingly autonomous technology in the future. That is why great care is being taken for every decision regarding self-driving cars. Some of the areas that are impacted include:

At level 0, 1, or 2, it would seem that the driver is liable in the event of a crash, since at that level a human is expected to be participating in a significant portion of the driving. However, it isn’t always cut and dry. Right now, the courts are taking self-driving car accidents on a case by case basis. Lawmakers are writing more focused laws though; as quickly as technology is advancing, they have no choice.

Ivan Diamond is author at LeraBlog. The author's views are entirely their own and may not reflect the views and opinions of LeraBlog staff.