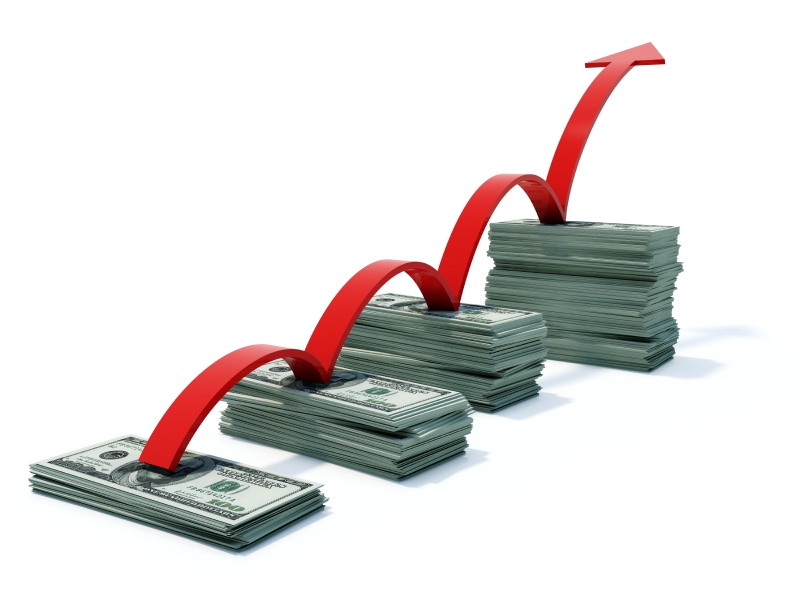 There are two basic principles on how the income statement deals with expenses and revenues:

1. The principle concerning the reflection of revenues-sometimes a transaction could be recorded at a different time from that when the payment has been made. For example, a company receives the payment after it closed the transaction. Such details have to be reflected in the income statement paper.

2. The principle of matching the expenses with revenues-expenses incurred by the production of goods and the revenues generated by the sale of final goods have to be recorded at the same period. Expenses are reported in several parts of the income statement and they usually refer to: the cost of materials, research and development, labor, products marketing and advertising as well as more administrative and production related costs.

1. Revenues. Either reported as gross or net revenues, they appear on the first line of an income statement. The net revenues are calculated after deducting various costs associated with selling the goods. Let’s have an example of Amazon vs. eBay. While Amazon reports the full revenue generated by the books sold and records the costs as expenses, eBay records the revenues generated by the commissions it receives from the products sold through the website. eBay is not exposed to any risk related to products management and inventories while it actually does not own any of the products being sold. On the other hand, Amazon owns the goods at any stage of the transaction so there are risks associated with stocking the goods it sells. These details are reflected in the income statements of both companies.

2. The cost of goods sold-reflects the costs generated by the production process for the good that is sold. While in the software industry these costs are mainly related to the sale operation, in the retail industry, such expenses represent the costs (the value) of the physical products. In both cases, the cost of goods sold also include various elements related to depreciation, included in the final price of the product or service.

3. Gross profit-represent the revenues minus the price of goods sold. The company’s performance is usually expressed by two parameters: the gross revenues and their percentage.

3. Profit margins-are a measure of profitability; in other words they are the net profit as percentage of the revenue. The value varies from an industry to another: while in the retail industry the values are below 30% in the pharmaceutical industry they are up to 90%!

4 Operation profit-represents the result of gross profit minus the expenses associated with goods administration, marketing, advertising and currency depreciation. This indicator reflects how profitable a company is, disregarding the company’s capital structure (its financial expenses).

6. Net income-is the EBIT minus financial costs and taxes. After deducting and dividends distributed to the shareholders, the net income is added to their equity.

Below are three examples of income statement forms for your reference: 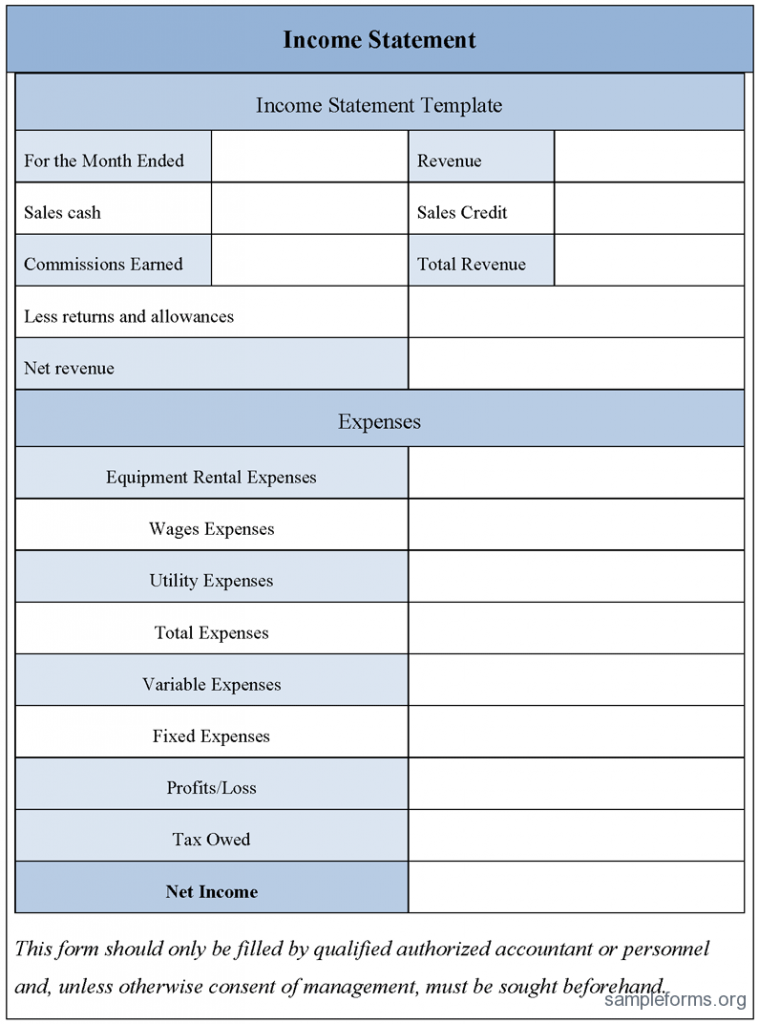 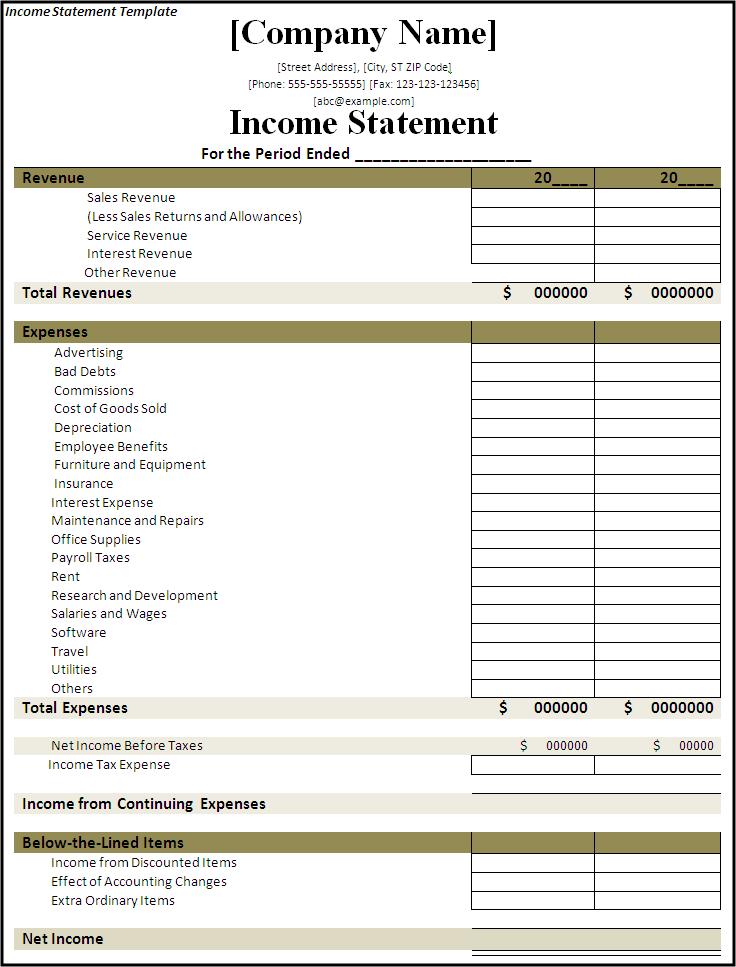