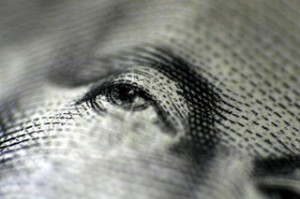 For years, bankruptcy attorneys would inform their clients that student loan debts could not be discharged. In the past, these debts were unforgivable regardless of whether a student has completed his or her degree. A new legislation has come forward in Congress that will act as an aid to previous or current students with high outstanding student loan debts.

Similar bills have been introduced to Congress on five other occasions, but the supporting congressmen are true believers that the legislation has a good chance of passing this time. After this past election, there is a high amount of support for students. These programs have been introduced, mainly because of the struggling job market for recent graduates.

Essentially, this bill would modify the bankruptcy code to let private student loans be discharged during bankruptcy proceedings. A recent report from the CFPB stated that about $150 billion of the currently outstanding $1 trillion in student loans were from private lenders. Eliminating student loan debts, will allow former students to move on with their lives and start fresh.

It is believed by many political analysts that this bill has much better chances of passing over similar bills introduced in recent years. The last election has showed that a large percentage of voters are concerned with their student loan bills. A recent study shows that nearly half of all current student loans are in deferred status. This means that the number of Americans with student loans is expected to grow significantly over the next several years. Unless the economy improves significantly, it is believed that many of these people will have difficulty finding a job to pay back their loans. In its early stages, the bill has already acquired 14 sponsors.