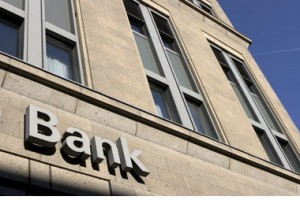 In today's economy, banks are going through a period of transition. With new regulations such as Dodd Frank, and tighter scrutiny from the government, most bankers are afraid to take much of a stance on anything short of a sure thing. Bankers today are going through a rough patch, where they struggle to remain relevant in their own lending markets. Many no longer have credit authority and are messengers for a centralized decision making authority. They are getting beat up by their regulators and in turn have become very compliance oriented making it nearly impossible for them to be truly relationship based. Banks spend millions on advertising highlighting their strength in partnering with mid-sized companies. Sadly, their view of partnering usually means that they are fully collateralized, with a personal guarantee and have your cash sitting in their bank. We saw one deal where the company had more cash in bank than the amount of their loan and the bank was still giving the company a hard time. The Bank actually owed the company money.

With technology and innovation, the traditional bank lending model is going the way of the buggy whip. Over regulation and collateral myopia has resulted in banks not serving the needs of a vast number of companies in their markets. Banks used to exist to recycle credit into the economy to foster growth. However, along the way, Banks lost their way and became too narrowly focused on certain asset classes such as real estate and asset backed loans. This caused too much capital to go into these areas resulting in the Banking Crisis in 2008. This caused regulators to reassert control over the banking industry, leading to stricter rules and expansive oversight. This has led to further risk retrenchment on the part of many banks. Rather than expand into new areas, most banks have increased their credit standards leaving many small businesses outside of their focus. Rather than find new markets that are under served, most banks reduced their footprints, offering a smaller portfolio of products to a smaller subset of companies. Over the past 25 years, as the banking industry has inexorably consolidated, the fall out has been increased fragmentation with new types of lenders. Most large banks, those known as too big to fail, are often the same banks that are too big to be of value to growing companies.

Growth companies are usually next generation service or technology companies. They don't have a lot of hard assets to lend against. Their value is in know-how, speed and human capital. Many have built businesses on the cloud with a high degree of business process outsourcing. Growth company entrepreneurs are often successful because of their extensive use of partnering with customers, suppliers and even competitors. Working with people that "get it" is the mantra of this crowd. Banks just don't get it anymore. Most banks turn down these companies, because they don't fit the old model and are collateral poor. Yet these up and coming growth tigers are cash flow rich, with high gross margins and strong revenue growth. The new vanguard of lenders, Business Development Corporations, Mezzanine Lenders and Cash Flow Lenders will make these loans. These lenders see value beyond collateral, and employ innovative thinking to lend into the future value of the company. As the new lending market grows in breadth and depth, it will become a more efficient lending marketplace for growth tiger companies.

David Barnitt is author at LeraBlog. The author's views are entirely their own and may not reflect the views and opinions of LeraBlog staff.