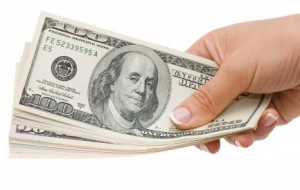 Six years after the start of the financial crisis and despite four years of continued economic growth, the credit market in the UK remains throttled. The major banks and other mainstream lenders continue to restrict the amount of money being lent out and it is often younger people who find it difficult to get credit.

Tighter lending criteria have inevitably meant that those who do not have an extensive history of borrowing and repayments are less likely to be approved for loans and other forms of credit. This can make it particularly hard for first-time buyers, those who have been able to get a mortgage but have little left over to furnish, renovate or simply redecorate their new homes.

A survey by the Council of Mortgage lenders earlier this year found that the market for first-time buyers has continued to shrink. In January, mortgages to this group fell to their lowest level in almost two years while house prices continued to rise sharply. The organisation, which represents banks, building societies and other credit companies who make up more than 95 per cent of all of the countries mortgage lenders, reported that Â£2.8 billion in home loans were made during January - a fall of 27% compared with December 2014 and a whopping 14% down on the same period in 2014.

This fall was despite the government's Help to Buy scheme which guarantees that repayments will continue to be made in the event that first-time buyers get into difficulty.

Meanwhile research from uSwitch found that almost six in 10 of 18 to 34-year-olds have had their applications for loans rejected in the last year or have been offered financial products with higher interest rates. Of this group, more than 60% have had multiple rejections and more than 40% of them have been forced to resort to using payday loans to get the money they need.

Guarantor mortgages can provide a way for first-time buyers to get the finance to buy a home after being repeatedly turned away by the high street banks. With this form of financing, a parent or other close relative guarantees to meet the mortgage repayments in the event that the borrower gets into difficulty.

There are a number of advantages with this form of mortgage most notably that lenders will usually base the amount that they are prepared to offer on the guarantor's earnings not the the applicant's. This can be particularly helpful where an applicant's salary is enough to cover the repayments but too low for the major banks to consider them eligible for a mortgage. For instance, somebody earning Â£20,000 a year might only be able to borrow Â£80,000 under current lending criteria limits. However, if their father has a salary of Â£50,000 a year, a guarantor mortgage lender might be prepared to offer a mortgage of up to Â£200,000.

Other types of guarantor mortgage use the equity in the parent or relative's home to base a lending decision on. This is usually 25 per cent and the lender will put a charge on this - guaranteeing that the capital amount of the mortgage will be repaid should the borrower fail to keep up with the repayment schedule.

Like any other form of mortgage, guarantor mortgages should not be entered into lightly. A guarantor will become liable for any shortfall in the repayments and, in the most extreme circumstances, might be forced to remortgage their own home to make up the difference or even face repossession.

When a younger person or a couple have really stretched themselves to buy their first house, there may be very little left over to turn it into a home. Renovation, redecoration, furniture, new bathrooms, replacement kitchensâ€¦ all of these can be significant and expensive outlays, particularly for those starting out.

If you are lucky enough to have been able to secure your first mortgage, you may still find it difficult to get together enough money to do any work on the house. This is particularly relevant for those who have only managed to put down small deposits and have taken out mortgages with high loans to value (LTV). In these cases, other lenders will look at the amount the mortgage holders have borrowed and may decide that they represent a higher risk for credit and turn down further loan applications.

Guarantor loans can provide a lifeline in these circumstances - friends, family members of even work colleagues put themselves up as guarantors for a new loan, committing to meet the repayments should the borrowers fall behind and allowing the new home owners to receive the funding they need to turn their new house into the home that they dreamed of.

Building up a credit record

When you've taken out your first mortgage, particularly if you do not earn a large salary, your credit rating can - perversely - suffer. This is because potential lenders will look at the amount of borrowing you have registered against you and judge that you may be a risk for further lending. This could mean that you might struggle to get credit cards or other financial products.

In these circumstances, guarantor loans can help younger people rebuild their credit profiles by giving them access to new lending, backed by the guarantees of family members, friends or work colleagues. They provide a means for the borrowers to make regular repayments on a loan which will be recorded on their credit records and, over time, demonstrate an ability to manage their finances responsibly.

Article provided by Solution Loans, a finance broker focused on technology and providing customers with expert advice to secure the most suitable type of credit.