Many people think of debt consolidation as a primary solution to their debt problems. However, most of the time it is an empty promise-not solve the root cause, and usually ends up generating even more problems.

What is debt consolidation? 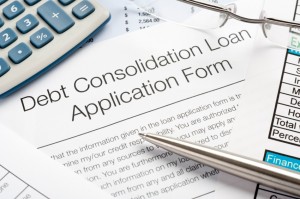 Debt consolidation (or credit consolidation) implies to take a loan and the amount thereof to liquidate all other debts. Thus, we pay off all our debts with a single one.

For this to make sense, the new debt should have a significantly lower interest rate compared to the loans we had. And of course: the amount we pay each month should also be much lower so that we can be less embarrassed with the cash flow.

The problem is that this rarely happens. If we are mired in debt, it is very difficult to get a single loan to pay off all other debts we have. But, if we can get it, it is very unlikely to be at a lower interest rate because we represent a risk to the institution (usually a bank) that provides this money.

Finally, when acquiring the new loan, it has to be long term so we can afford a lower monthly payment to the one we had had before making debt consolidation.

Why debt consolidation is not always the right solution?

People who have a severe debt problem (because usually acquired such debt for several months or years) have grown accustomed to spending more than they earn. The money they get is not enough to live, and therefore, they have to fall back on credit.

Debt consolidation does not solve this-simply changing several loans by one. The underlying problem, the reason why we fell into a severe debt problem is still there. And this can be very dangerous. We have to first solve the root problem: to lower the current expenditures.

I have had the occasion to see several people who managed to consolidate their debts but have continued to use their credit cards unwisely: those who are spending the amount of the new loan intended for the consolidation. Finally, they were left with a huge debt.

Many readers might think this is a very innocent and uncommon situation. But, from what I have seen: it happens much more often than they can imagine. The reason is very simple: People are already accustomed to spending more than they earn. Usually, they can not afford to pay off the loan (the consolidated debt) with the income they have.

So they are forced to dip again their credit cards, which makes the problem grow and get out of control again. I have a few close friends who consolidated their debt through a mortgage liquidity. But they returned to use their credit cards and were slowly falling into a huge problem. Now they have a high risk of losing their homes: they are struggling a lot to keep paying back the mortgage.

There are times, however, where debt consolidation can make sense. I will discuss this in a next post.

What do you think of debt consolidation? Please let me know in comments.