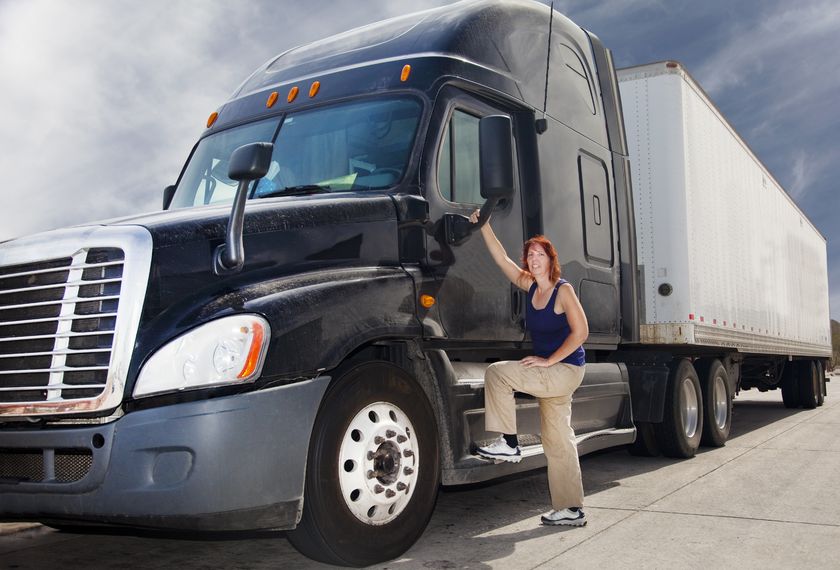 A career as a truck driver is one that is considered to be hard and tough. If you watch shows like the “Ice Road Truckers,” then even non-truckers can get an idea of just how tough trucking can be. Truckers face many challenges other than frozen roads, however. In recent times, smartphones have begun to slowly but gradually change how truckers operate. Truck drivers have widely adopted smartphones to their work lives. And that’s not just to access Google Maps. Here are several surprising and interesting ways truckers are using smartphones to make a notoriously difficult job much easier:

1.    Smartphones Keep Truckers Connected While on the Road

The main reason you won’t see a modern truck driver without a smartphone is that it’s what keeps the drivers connected to the outside world. Being a driver means driving for weeks or months across state lines far away from home. With smartphones, drivers can not only call their families but also make video calls. Apps like Skype are essential because such tech enables truckers to converse face-to-face with families for practically free. There are also a host of other apps that enable interaction via calls, video, chat messages, and pictures. Smartphones keep truckers connected to social media, so the lonely road is not too lonely. While it may seem simple to many, smartphones are essential to keeping truck drivers connected and less stressed while on the road.

Being a truck driver is not limited to just driving. Independent drivers, in particular, have to spend hours arranging loads. An hour spent calling an intermediary for a shipment is an hour the truck owner-operator could and really should spend on the road delivering the load. The trucking sector may be technologically advanced, but some things are really slow to change, such as the system truckers use to arrange loads. A new app called HWY Pro aims to change all that. Developed by Bill Busbice Jr. and colleagues, HWY Pro allows drivers to arrange a load in less than 6 taps. Such level of efficiency is essential for a job where time is crucial.

Obviously, drivers can find roads and plan a route better thanks to the GPS maps smartphones offer. Apps like Google Maps are great for those who want to stick to the highways. But Google Maps don’t show which roads are trucker friendly. Some cities actually designate certain roads as illegal for trucks to drive on. It’s possible you’ve seen one of those funny videos where a truck has its cargo completely damaged by an overpass/ flyover because it was lower than the driver calculated. And some roads are not strong enough to handle the weight of the load most trucks carry. A road that’s trucker friendly should have had all these things considered during its construction. Apps that indicate trucker friendly roads to truck drivers are crucial because they’ll prevent any damage expenses that truckers may experience, and mostly, they’ll prevent accidents that affect both the truckers as well as the state. A slew of new apps are making GPS navigation specific to truckers with important information such as where one can drive. This is also an important time-saving feature for truck drivers.

4.    Truckers Get More Sleep with Smartphones

One of the toughest challenges truckers face is getting enough sleep while on the road. Smartphones have various apps that facilitate 8 hours of sleep so truckers can drive with a clear head the following day. There are also various apps that help truckers to stay awake when they need to. You may be wondering how a phone can keep someone awake when even yours can’t wake you up in the morning. Well, there are apps that are intelligent enough to detect when a driver is drowsy and sounds an alarm to wake them up. There are also apps that a driver can set to sound alarms at specific intervals so that the driver doesn’t get to the point of sleeping while driving. More apps also exist with assorted features that aid truckers to stay awake and drive safely on the road.

Apps like HWY Pro are built for drivers so they can “just drive”. In the future, there may be more apps aimed directly at truckers, so that the job is a lot less stressful and much more appealing to newcomers.