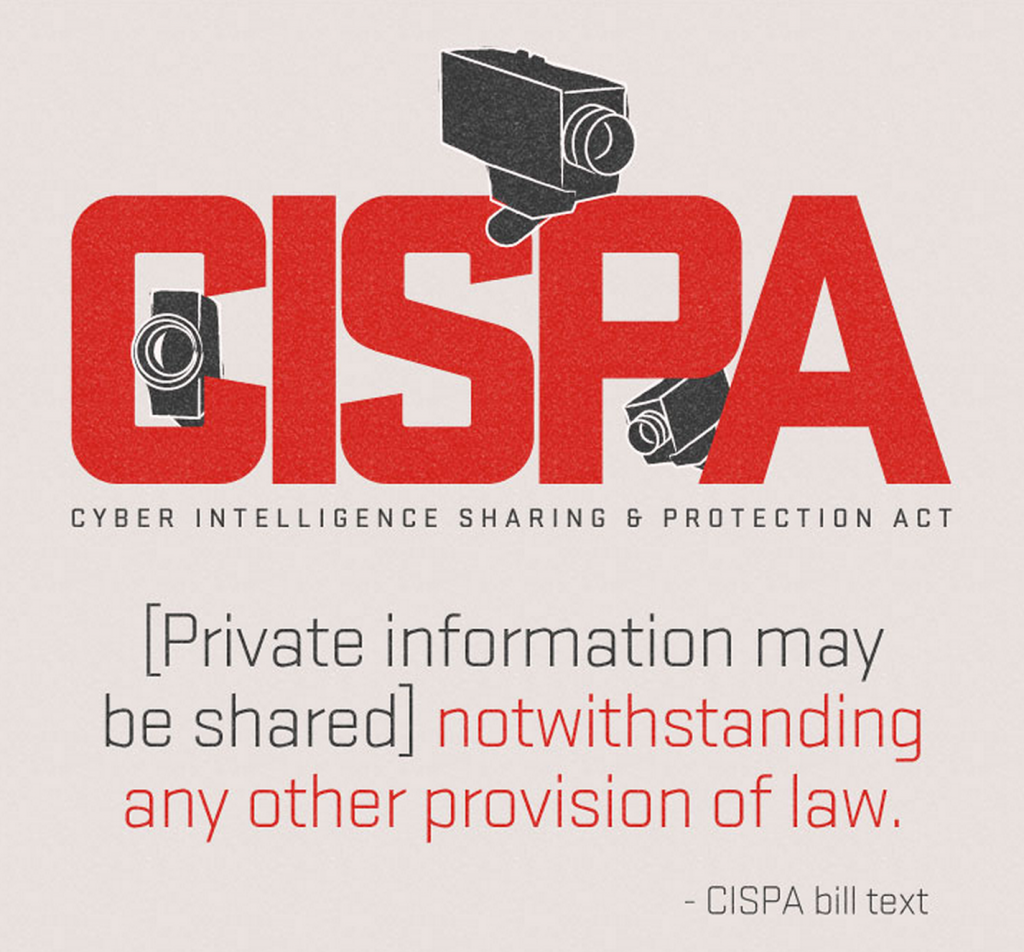 If you haven't heard of CISPA, you probably weren't supposed to. That's how subterfuge works.

CISPA is the Cyber Intelligence Sharing and Protection Act, a U.S cyber security bill that was recently passed through the House of Representative, but wasâ€”quite fortunatelyâ€”held up in Senate. CISPA would enable the government to force any US-based site to hand over personal user information in gathering information on individuals and groups of interest. In essence, CISPA has the ability to transform the websites we frequent into legally immune government spies.

A special clause in the bill also ensures the sites of government-sought information are kept secret from the public. In other words, websites can feign privacy for their visitors while simultaneously giving away information to government agencies, willingly and not. To better understand the basics of the CISPA bill, read on.

Requirements For The Government To Collect Data On You

Currently, the government needs to meet at least one of the following criteria before it can gather and collect data on its citizens: They must have suspicion that someone has committed a crime or is about to commit one. They must acquire a search warrant that legally allows them to gather information on an individual. Or they can convince individual websites to voluntarily provide them with information. If CISPA passes, however, none of these criteria becomes necessary for the government to gather intelligenceâ€”no suspicion, no warrant, no permission. The government earns the right to take information from any website at any time and for any reason.

Imagine how much of your personal information is floating around the web. Your identity is stored in status updates, comments, videos, photos, search engine entries and so many other forms of online information. It may be locked up behind privacy settings and trustworthy privacy policies now, but it is nonetheless accessible to those who run your favorite websites.

If CISPA passes, this information can be taken by the government and even sold to other corporate entities. This law would not only overshadow all other existing privacy laws, but also enable the government to collect the information of non-citizens who visit US-based websites, as well.

Which Government Agencies Can Spy On You

At present, only the National Security Association (NSA) holds the right to spy on US website users, and even then only by virtue of one of the three prerequisites. However, if CISPA is to pass, the list of agencies that can spy on you is seemingly endless. Under CISPA, more than 603 different government agencies could potentially access your private information, including: DEA, IRS, FBI, FEMA, FSA, Interpol, U.S Army, Veterans Affairs, Amtrak, Job Corps, Border Patrol, Homeland Security, U.S Postal Service, Fish & Wildlife Service, and Immigration.

What Police Agencies Need To Spy On You

With the passing of CISPA, data gathered by any agency can then be handed off to local law enforcement, who can then obtain warrants without first ensuring the accuracy of the data they've received. No investigation into verifying their information is required whatsoever. Currently, in order for a law enforcement agency to spy on you, they are required to have a warrant, a subpoena and a national security letter.

While government agencies can ask private companies for information on certain individuals, many private companies are able to say no. Their refusal does not necessarily stand in an unwillingness to help and can be justified by a fear of lawsuits brought on by users who don't want their information leaked. With the passing of CISPA, government agencies can apply much more pressure onto companies in demanding private informationâ€”without any legal repercussionsâ€”making it significantly harder for companies to say no.

What The Average CISPA-Opposing Person Can Do

For those of us who oppose CISPA, we mostly just have to hope that elected Senate officials uphold their duties as Americans in protecting our civil liberties. On an individual basis, however, we can show where we stand by only frequenting sites that uphold their privacy policies.

The Freedom of Information Act (FOIA) allows Americans to find out what the government knows about them. To take advantage of FOIA, you simply need to submit a request to see what information they've gathered in your regard. You may be shocked to find out what the government already knows. If nothing else, doing so might serve as a loud wake-up call for many Americans, making them realize that Big Brother is, in fact, watching themâ€”even without CISPA.

As it stands, they're still standing outside the fence, only looking in. With the passing of CISPA, they'll not only be let inside, but also made indistinguishable from everyone else.

The author of this article is Damien S. Wilhelmi. If you enjoyed this piece you can follow me on Twitter @JakabokBotch. The law can be a tricky course to navigate, if you are in need of a Boulder DUI Lawyer, it is suggested you get the best around.