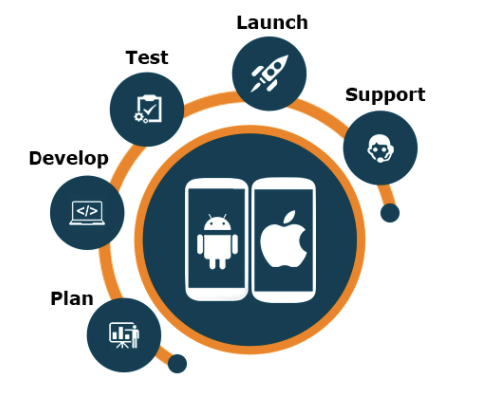 Not every mobile app turns out to be a success and therefore developers need to be wary of rejections and failures. However, there are times when even the best of ideas— related to app creation fall flat on face and competitors who offer similar set of enhancements start getting noticed— within a few weeks.

Any failed application isn’t necessarily bad or badly marketed. The only thing which keeps an application from getting success is the set of myths which the creator believes in. While there are tons of misnomers associated with app creation, there are 5 pertinent ones which need to be debunked— almost immediately.

Then again, if you aren’t wasting time believing these misconceptions— there is nothing that would stop you and your app from being recognized.

Trust me when I say that the App store will be having more than five million applications by 2020. That said, it wouldn’t be wrong to summarize that Google Play Store will have a lot more for the users to choose from. Therefore, it is evident that creating an app doesn’t guarantee downloads. There should be some noise that makes your application stand out in this keenly contested sphere.

An app that doesn’t offer value or delivers as promised is bound to struggle. For getting healthy conversions at the app stores, it is important for the developers to be proactive and understand the customer sentiments.

Reviews and ratings are of paramount importance. App creators must understand that negativity is inevitable but it is also important to gather positive reviews. If an app is asking customers for a rating or review— it should do the same without disrupting the overall experience. The placement and timing are important.

For example, if an individual has only downloaded the app— it wouldn’t be wise enough to ask for a review right away. Intrusive requests aren’t logical when it comes to a mobile application. Pushing a customer, leads to negative and spiteful reviews. Therefore, when it comes to applications— customer experience should never be compromised.

In order to get the first roadblock out of the way, target the right set of customers, be mindful of the hour and prompt customers with a definite call to action. Moreover, getting featured at an app store isn’t synonymous to long-term success as even the best of apps need to be updated for continued traction.

Myth 2: Overemphasizing on the Launch Day

When it comes to a mobile application, each and every day is equally challenging. While the journey starts initially, the process continues throughout. App marketers need to iterate products for continued development. App store optimization is a technique which cannot and shouldn’t be ignored.

The best optimization strategy that goes a long way is to include specific keywords within the app name. Reports suggest that app titles with keywords in them have a 10.3 percent greater chance of getting ranked.

More is not always good— especially when mobile app development is concerned. Reports suggest that customer retention decreases by 60-75 percent after one week of app installation. This gradually goes down to 96 percent and adding one or two new features wouldn’t change the same for the app developer. 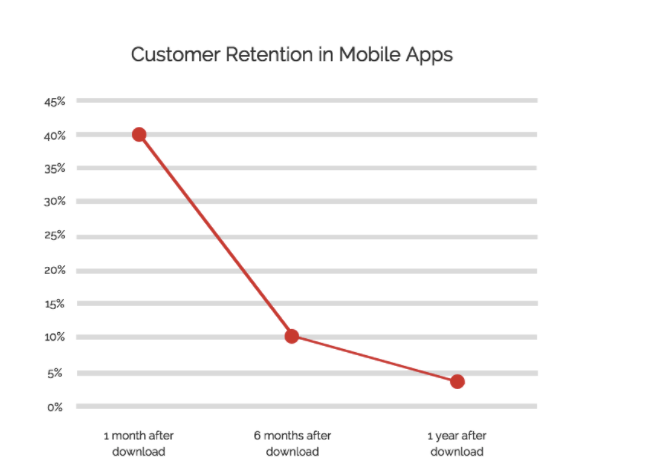 The main aim should be to focus on features that can solve customer issues without being too flashy about their existence. Kik messenger is one application that offers a decent set of features— including the availability of chatbots, kik usernames and even emojis. At present, customers are downloading this app in plenty and seem to be happy with the available resources.

Similar to kik, WhatsApp and a host of other messaging applications are also being downloaded in large numbers and companies aren’t pushing in features for the sake of it. Messaging apps need to be minimalistic with a few added benefits— here and there. Cluttering apps, therefore, is never a great move.

The best way to approach the feature sets is to conduct in-app surveys. If customers have anything new to suggest, feedbacks will be received. Till then, it is advisable to keep the app minimalistic and only improve the user interface with timely updates.

Myth 4: Traffic is Everything

When it comes to mobile applications, traffic isn’t everything. Instead, conversions via app downloads are the most important metrics. The mobile application marketing hierarchy suggests that traffic is relative to the cause and it all starts with app discovery or rather exposure. The next step involves consideration— based on feature sets and the existing reviews. 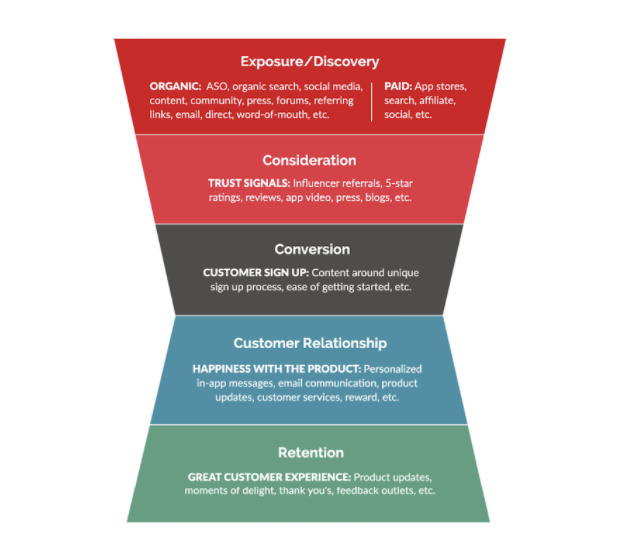 Only if these two metrics are taken care of, the app gets the conversions it’s looking for. However, keeping the user interested involves the next two metrics— including customer relationship and even app retention.

Concentrate more on app conversions rather than the traffic. The number of successful downloads is far more important to the cause than massive levels of traffic and engagement.

In simpler words, scalability is the toughest part. Similar to market analysis after the app launch, the application needs to be well-maintained with timely updates. With an app residing over the store, the creator is never off the hook.

As the app aesthetics and associated technologies change faster than the blink of an eye— it is important to keep updating and scanning the app for crashes, bugs and tweaks.

Creating and launching an application is something to be proud of. However, the biggest differentiating factor is to identify what works for whom. While adding features and updating the app are very important, at the end it all pans down to customer satisfaction and user experience.