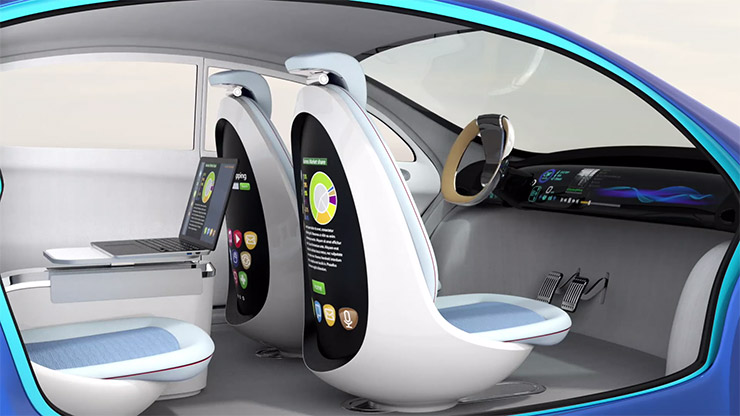 The last quarter century for the automobile industry has proved to be a golden one. By comparing the cars from the 80s and early 90s to now, we can see a complete transformation not just in the basic running of these cars but also the number of features got introduced in it. With the advancement in technology, the cars and our means of traveling has now get out from the wheels or a motor and it is getting more sophisticated than ever.

In the past 25 years, the world’s automobile industry has achieved numerous milestones. To acknowledge them and make the world known to it, I am writing this article in which you are going to read about the automotive tech transformation in the last 25 years of auto industry.

Do you know that the first ever car built had two lanterns in the front as head lights? Well, this is something from the 18th century and after almost a century, in 1992 the world got its first high-tech headlamps. It was first installed in the sedan produced in Europe. These headlamps were far brighter than the traditional halogen lamps and ideal too for giving a new look to the next era cars. But unfortunately, the technology that took a century to get used got replaced in just a decade by the light emitting diode. In the early 2000s, these high-tech headlamps suddenly vanished from the market and all the new cars began to show up with the LED lamps. This gave another dimension to the car manufacturing companies because the LEDs gave total control to the drivers to turn on and off every individual bulb depending on the condition.

Tires are one particular part of the car that hasn’t changed much. But in 2000, it got smarter with the advanced tire pressure monitoring. The flat tires are still a major issue for all the drivers. Every now and then we see cars parked aside the roads due to the flat tires and people replacing it with the spare one. Spikes are not the only reason why your tires get flat. The tire pressure counts a lot because it has to bear all the burden of your car and the people sitting in it. That is where the advanced tire pressure monitoring system can help the car owners.

The tire pressure monitoring system introduced in 2000. It has two types. One the indirect TPMS which use the anti-break locking system and notice the wheel speed sensors just to ensure that are the tires spinning according to the car’s speed or faster than they should. If the tires are moving faster, then you will be indicated that you should release some air pressure from your car in order to maintain the speed and grip on the road. The second type of system is direct tire pressure management system (TPMS) is more accurate because instead of analyzing the tire’s speed, it senses the tire pressure from inside the wheel and sends it to your vehicle’s information center.

The rear view glasses were not doing enough that is why in 2000 automobile manufacturers came up with the idea of this. The People with the cars with the back trunk especially sedan used to face issues in guessing the right distance between the wall or parking area and the end of their trunk. The traditional rearview glasses didn’t mean for that which is why the rearview camera became popular like a fire in the forest. In 2002, the Infinity came up with this idea and installed it in its Q45. The camera was mounted below the trunk lid and the screen on the dash for that. Later, the Nissan adopted this idea and took it even further by installing more cameras around the car which can produce the 360-degree perimeter picture of the car’s surrounding. With the time, this technology gets enhanced and now the quality of the cameras have got so much advanced that you can spot the curb on the side of the car while parking.

The Bluetooth technology was launched in the late 90s. Meant for transferring the files from one device to another, the Bluetooth became quite famous in the smartphone. But soon the cars also started integrating this technology. It was 2001 when an automobile company installed first in-car kit of Bluetooth for the hands-free phone call purpose. But today, this technology is now in every car. Not just it, now the smartphones also have some apps through which you can control the tech devices of your car with a touch. Recently in 2014 the General Motors incorporated with the Apple to make its cars controlled entirely with the Siri. Instead of manually controlling the systems from the Apple phone, just dictating the things to Siri is enough to control every system of your car.

Alison Whitlock is author at LeraBlog. The author's views are entirely their own and may not reflect the views and opinions of LeraBlog staff.