Busuu.com is the world's largest social network for language learning. Users act as both, student and tutor, correcting one another's work, by offering one another opportunity to learn a language and practice their listening, writing, reading, and speaking with assistance from a rapidly growing community of native speakers. https://adtoapp.com sat down with the brand and had a candid conversation about the future of the industry. 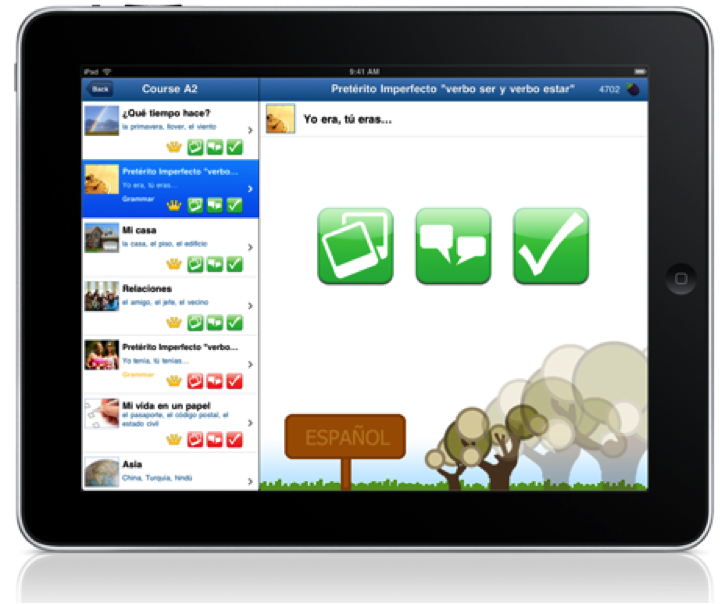 We are joined today by Antoine Sakho, a senior product manager for mobile products at Busuu, to discuss how education apps are becoming more challenging to market these days as the number of players on that market grows expediently.

M: Tell us more about Busuu. Where was the idea for this found? It couldn’t have just been high school Spanish class where you just have finished learning how to say "the yellow pencil", right, to go ahead. It had to be deeper than that.

A: Yeah but that was not that far though. The company was founded by Bernhard Niesner and Adrean Hilty in the beginning of 2008. So, both founders did actually an MBA at AI business school in Madrid, where they did meet. So, their MBA was in Spain, even though Bernard was from Austria and Adrian was from Lichtenstein-a very very small country in the middle of Europe. Both of them had been learning Spanish, since they were both leaving in Madrid. And they kinda felt frustrated by the traditional language learning methods, quite indigestible books that were pretty boring, time consuming, and expensive.

2008, was also the time Facebook was entering European market, so the both of them, Adrian, having strong technical skills, had an idea to combine language learning with the social network components. They developed the idea of Busuu then, during the MBA, and founded a company right after the graduation.

M: Did Busuu take off immediately on that level or did it take a little while? And since that time which really, when you think about it, isn’t that many years in the distance, but it feels like a lifetime when you are talking about mobile app marketing and such. How many users have been acquired from the inception?

A: So, it's also important to keep in mind Busuu was Web-based product. Since that was so far, quite far far ago, and since then we basically acquired more than 55 million users over the last 7 years. Today, most of the active users are using mobile apps. One of the reasons for this is that a large and a larger larger base, a larger larger portion of the user base is living in emerging markets, where people tend to have a phone, but a very few of them tend to have a personal computer.

M: And out of 55 million how many are active on a regular basis?

A: Right now we are talking about several millions, active, depends, on a rates between 3 and 8.

M: Was the audience fast to grow for you? On the Website and then once mobile launched, it's sort of rocket launched? Propelled?

A: On the Website, the first users were mostly friends and families, but what really started the whole thing, was blog marketing. The founders did a lot of blog marketing at a time, so they contacted blogs all over the world and the media, and they all started to pick up, because of the whole novelty of even, you know, language learning Website, so the site got extraction from there. Once users started really monetizing, then we started really analyzing users acquisition cost and lifetime value, and then we started brand to rent marketing, when once there was a margine there.

M: Got it. So, here's what I know. I am horrible at other languages, which is why I think Busuu would work for me, but let me say this: a lot of people, I feel, can read and understand another language to a certain extend, but they can't speak it very well. So, what is the interaction if I were to log on to Busuu, if I were to open an account with Busuu right now, how would I go about doing that? Is it as simple as joining a community for that particular language and then making friends? Is there a direction that the app takes me through? What is that element like?

A: So, on the Website, you can actually add people to your friends list and text right out of your media and chat with them. On the mobile app we took a slightly different approach surely, where you can basically send them free-form essays, which you are required to write at some points within your lessons. Then you get corrected on those essays.

The whole idea here again, like, throughout the platforms, it is to say: Hey, look, just repeating mindlessly content won't get you very far. You kinda need to make mistakes and get other native speakers of the community to correct them. And yes, that's definitely how we tackle the product. But the other type of the problem is: how we are trying to make every user not only a student, but really like a tutor of his mother tounge.

M: How quickly did mobile become the next level for you and in a what point were you focusing on new users for mobile, as opposed to the Web?

A: Busuu was pretty early on with the, on the app store I think we have not had an app there for almost 6 years, 5-6 years. And so, let's say, this fact has really helped us to be ranked really well. So that was one of the first things.

Second thing is also that we are really focused on product quality on a concept and apple and google are both very sensitive to this. And when they recognize product quality then they tend to get few featurings. And definitely featurings have been one of the major accelerators for our growth on the app stores.