We’re over halfway through the year, unbelievable we know! So we decided now was as good a time as any to take a look at the flooring trends that have taken off in 2017 so far.

First up we have a trend that has seen a huge rise in popularity over the last 2 years, loved by many and reclaimed by most, yes that’s right; we’re talking about reclaimed/distressed wood flooring. This effect has been widely used in homes across the world and one of the best things about it is that you don’t even have to use real wood to create it! We understand that real wood flooring can be expensive when it is bought brand new, and not everyone has reclamation yards located near them where the wood itself can be purchased at a significantly lower price. The rustic appearance of this floor is a huge appeal for many, despite its many knots and imperfections that all contribute to the character and warmth that this floor brings to a room. 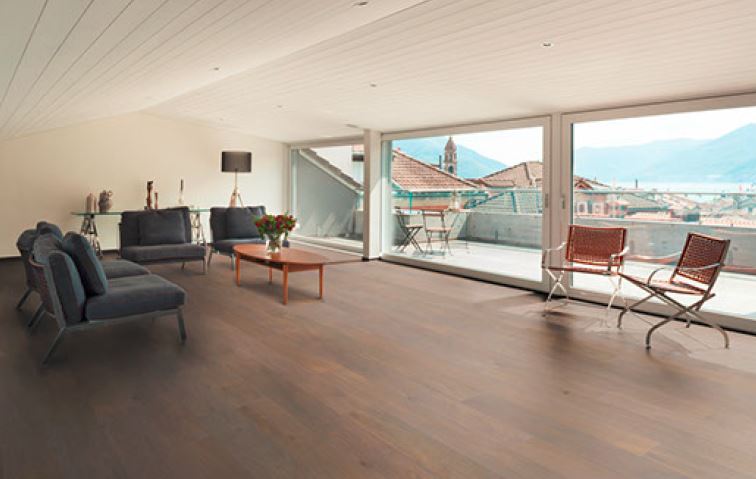 As more and more homes are being built across the world, designers are beginning to incorporate the millennial way of life into the interiors. So it comes as no surprise that ‘green’ flooring is on the up, not the colour obviously! Environmentally-friendly options are becoming more sought after and materials such as bamboo, natural stone, and eco-friendly vinyl have seen a huge rise in demand. More and more people are becoming conscious about their way of life, recycling is at an all time high and solar panels are cropping up more frequently on the roofs of our homes but it’s only recently that the eco-warrior bug has become a concern for the interior side of things.

If you’re looking for pure nostalgia, then the next trend should bring a smile to your face. Parquet flooring fell off the radar for a long time but recently we’ve seen so many interior bloggers raving about this beautiful style which really seems to have resurfaced. It originated in 16th century France where it was used in grand houses and halls and then found its way over to the UK during the early Victorian period, however it saw a decline during the 1970s/80s when it was mainly used in school halls as it was seen as quite an old-fashioned style. Fast forward 40 years and here we are! A hugely popular trend for 2017 that shows absolutely no signs of slowing.

While the world may seem like a pretty dark place at times it’s quite a refreshing change to see the lighter things in life being recognised. White-washed floors among with blonde wood is taking the interior world by storm this year, not only because of their stunning appearances but also due to the incredible effect that they can have on a room. As many of us know, light colours can make rooms seem a lot larger than they actually are due to their ability to reflect light around a space, this applies to light coloured flooring too.

On the opposite end of the scale we have also seen a lot of interest in darker floors, deep brown/ borderline black colours are now pushing their way up the trend ladder. Many believe that the warmth that these colours bring to a home is responsible for their recent popularity, or perhaps it’s their sheer boldness and the statement that they make within a room? Darker wood products such as walnut floors and various stains have had a phenomenal rise in sales so far this year and this is something that we see no sign of slowing. 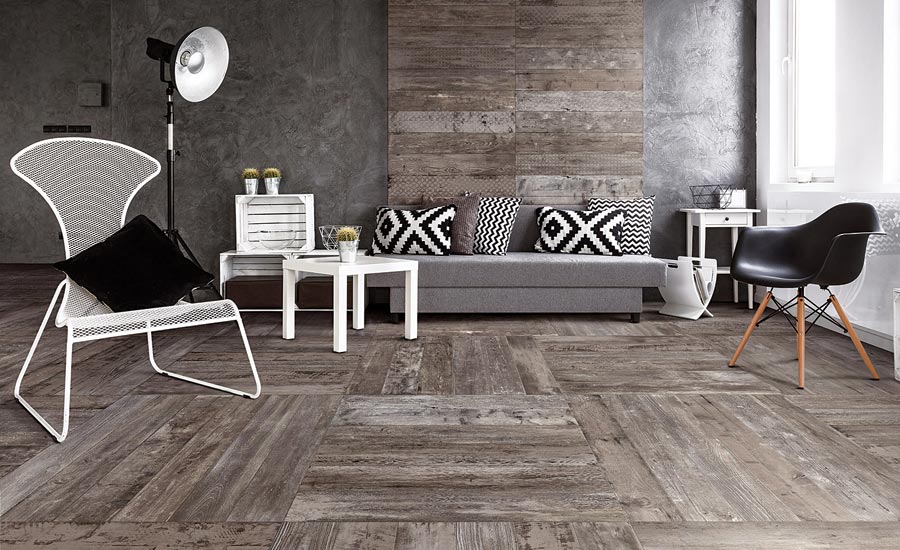 The last trend that we’re going to talk you through today is the one that seems to have taken the interior design world by storm since the back end 2017; Grey. This colour is everywhere at the moment, from walls to furniture, but now it is paving the way (literally) in the flooring world. The colour grey is mostly used in wood-effect flooring as oppose to real wood, regardless it still looks just as good! One of the best things about grey flooring is that it brings a lighter vibe to the room during the summer months and can have a cool and calming effect whilst remaining warm and cozy when the colder weather rolls in.

So there you have it, just a few of the trends that have taken2017 by storm so far, keep an eye on them and many more that will be edging their way into 2018!