Think of a room with an air-tight, glass made, transparent chamber and you’re lying down inside with closed eyes, calm and reposed. It’s certainly not any Hollywood movie trailer. Can’t guess? It’s the picture of a hospital room where Hyperbaric Oxygen Therapy (HBOT) is going on. It’s been more than fifty years that private clinics and hospitals have been practicing this therapy on injured and traumatized people mostly war veterans, autistic children, scuba divers etc. Now, we’ll be looking into the aspect can HBOT cure cancer even if it is in stage-4.

Human race cannot survive without oxygen as it is essential for the generation of cellular energy within  the mitochondria of every cell. Hyperbaric therapy is conducted within a closed chamber filled with pure 100% oxygen in high atmospheric pressure. The patient is made to lie down and breath oxygen as much as possible. Usually, each session lasts for almost 60–90 minutes. 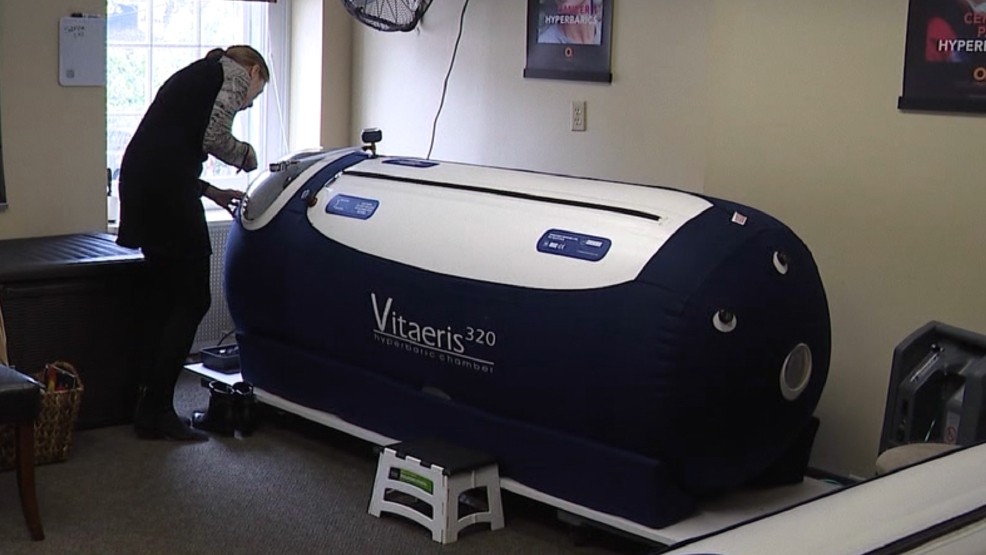 The air pressure created during this therapy is 1.5 – 3 times higher than the normal range. The amount of oxygen that patients inhale dissolves well in their body fluids and travels everywhere in body, including the affected areas. This accelerates healing of injuries by creating new cells.

Although HBOT has been in practice since long, it has not been acknowledged as effective by a wide circle of medical communities till date. They not only have denied any possibility of its cancer healing benefits, rather conducted significant researches to find out whether HBOT can promote cancer. However, the result was negative in every research; it does not promote cancer. But in recent times there has been enough research conducted, which evidences that HBOT can be a great remedy for cancer patients.

Hyberbaric therapy is also practiced to cure Hypoxia and Ischemia. Hypoxia is mainly a low-oxygen condition, which is frequently noticed in cancerous tumors. HBOT increases the amount of oxygen delivery to the affected tissues by dissolving them in the plasma. It thus strengthens the defense mechanism of human body to kill bacteria, as oxygen is a natural antibiotic and controls thousands of genes.

HBOT along with radiation therapy

HBO therapy has been used for years as a complimentary treatment along with medication and radiation therapy for cancer patients. Radiation creates inflammation in bones and tissues, which is very painful. Hyperbaric therapy aids in reducing the inflammation by generating more dissolved oxygen to affected areas.
Chemotherapeutic agents seek to destroy cancer cells, but it cannot distinguish between normal or infected cells, so destroys healthy cells also. Patients are given HBOT before radiation treatment so that their blood cells remain in quite a good count to manage the oxidative stress during radio therapy.

HBOT makes patients inhale oxygen in high levels, which dissolves well in their body and leads to generation of new blood vessels. Now the question is can these new blood vessels grow cancer cells? Otto Warburg, a Nobel Prize winner cell biologist, through his research confirmed that HBOT has no relation with cancer cell growth. Cancer cells form due to anaerobic activity.

Let’s discuss the case of Sabrina Gauer, a woman of 28 and singer in profession, who has beaten stage-4 cancer. She was suffering from mouth cancer, so went for surgery to remove the sore from the side of her tongue. A part of her tongue was removed during surgery and again reconstructed. After this complicated process, she was advised to start radioactive treatment. But Sabrina was not willing to undergo this treatment as radiotherapy could have changed her voice and speech, scorched her neck muscles, and destroyed her taste buds as well as salivary glands.

Instead, she started treating herself with hyperbaric oxygen therapy and the entire process went on for 6 months. Now, she is completely cured and it’s been almost 20 months. The best part is she has no difficulty in singing now.

Hyperbaric therapy, though not a conventional form of treatment and not approved by FDA, is a painless way to drive away malicious cancer. It has been proven to be effective in cases of Sabrina and many more. Another great thing is you will not face any harmful side effects post-treatment.

If you’re fade up of medications, chemotherapies and still see no recovery, why don’t you try HBOT once consulting with your doctor?