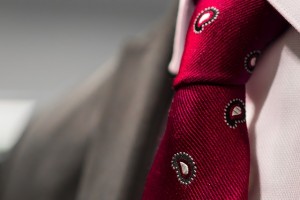 How are the great business leaders formed – it’s a question that absolutely every budding entrepreneur wants the answer to yet unfortunately, there’s no exact formula.

Something that is on our side is the fact that while most successful business leaders don’t look the same, they certainly act it. Sure, you might get some that are completely out of the ordinary, but all in all they share very similar qualities which just make them a success in every venture they become involved in.

Following on from the above, we’re going to take a look at some of the key characteristics that the best business leaders tend to share. While some of them can be very much “picked up”, others are something which are pretty natural – which appears to separate the best from the rest. Here’s our list.

This is perhaps the one that everyone can resonate with. It doesn’t matter whether we’re talking about the CEO of a huge company, or the owner of a small business – honesty is key.

If something isn’t right, it will be said. This is something which pretty much every business leader, regardless of their levels of success, will have. After all, if they’re willing to settle for anything that is thrown at them without putting down their opinion – they won’t last two minutes.

If the leader of a business isn’t confident in the next product launch, what does it say for the rest of the people involved?

There are going to be highs and lows of every project, but if the overall confidence level of a business leader drops it affects absolutely everyone.

The best business leaders are able to concentrate entirely on the final goal – not placing too much importance on the hiccups which can blight day-to-day business. It’s this confidence which feeds through to the wider team.

When we spoke about certain characteristics which can’t be taught, this is probably one of them.

Unfortunately, some people are creative and others aren’t – it’s the nature of the beast.

All of the most successful companies in the world have leaders who are exceptionally creative and don’t necessarily need to rely on others for inspiration. Steve Jobs is the prime example – his creativity is why Apple sits where it does today. Elsewhere, see the interview with ex-Oracle president and now Infor CEO, Charles Phillips here – it’s another example of how creativity from the top dictates just how successful a business really is.

Another attribute that most certainly cannot be taught is intuition. This is one of the major factors that separates the very best business leaders as there will be plenty of occasions where there is no roadmap and seemingly no direction to a certain task.

Business is full of uncertainty, particularly when you get to a high level and this is where natural intuition really comes to the forefront. If you can prove to your team that you make the right decisions when the pressure is high, it’s one of the biggest indications that you are a great business leader.