Companies can be in competition with each other in the form of strategic cooperation, and in the field of technology, these partnerships can see more growth and development at a faster rate than ever before. However, legacy business models were not designed to maintain expansion of this kind, and businesses in these predicaments increasingly face the prospect of defunct systems forming a roadblock to their potential growth. Businesses in such situations need to recognize the power of microservices frameworks and start taking advantage of innovations in the fields of smart contracts and blockchains to help create a stronger foundation for partnership in technological industries. Investment today could help such businesses be a part of the future, rather than left behind by it.

Marriages Made in Heaven

Modern partnerships in business aren’t just based on products, services, and strategies. Increasingly, technological mergers are providing one of the most responsive frameworks to complement these kinds of relationships. General Electric and Microsoft have moved to integrate their Azure and Predicx platforms; Hitachi, SAP and JP Morgan Chase are working on the Hyperledger consortium based around blockchain technology; Lyft and Ford have both committed to launching a range of self-driving taxis projected for 2021. At the foundation of all these relationships are partnerships grounded in technological cooperation. Furthermore, it’s becoming clear that strategic partnerships are becoming an ever more fruitful area of growth for the right companies. Nike, for example, joined forces with Amazon to become one of the first manufacturers to sell its products through the social media platform Instagram, showing that such partnership can open new vistas of growth that wouldn’t other be possible. In the area of manufacture, Siemens has partnered with Adidas to help design bespoke factories known to help make custom footwear at a faster rate. These are just two of the most high profile technological partnerships of late, and it seems certain that what we’re seeing is only the first of many. 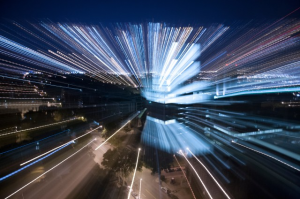 Strategic partnerships let businesses engage in a mutually beneficial relationship to give both sides an edge on the competition in their respective markets. It’s estimated that almost a third of all businesses report have reported partnering with two or more other businesses than they did two years hence. It’s vital, however, that leaders in the industry recognize the primacy of their in-house technology systems have when it comes to allowing the kind of conditions that can maximize the benefits of these sorts of partnerships. What looms large on the horizon as an impediment to the growth of these relationships are the outdated business models provided by legacy systems. Intended to simply operate internally, these systems aren’t equipped to effectively keep track of the rapid back and forths inherent in modern technological partnerships, having been developed at a time when the pace of change was far more gradual and much less exponential. 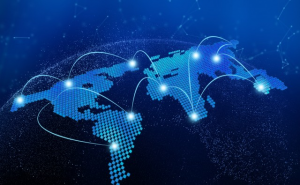 It seems as if there are two key technologies that will provide the most significant remedies to this issue: blockchain and microservices. Internally, businesses will have to ensure that their ICT architecture can provide a sufficient framework to support a partnership at scale; a philosophy grounded in microservices can help engender better agility as various applications in a system become increasingly modular, aiding with ever faster integration even as new partners come to the table. Externally, as the circle of partners expands, the scope of connections will have to be reconceived almost from the ground up. The blockchain is almost certainly the technology to enable secure and reliable management of these partnerships, thanks to its inbuilt accountability that means partnership can come together without having an incubation period where they slowly earn each other’s trust at limited capacity. Truly, partnerships based in technology could provide exponential opportunities for growth from all parties involved, but only if they grasp the nettle and take appropriate steps to establish the necessary infrastructure to be in a position for maximum gain. 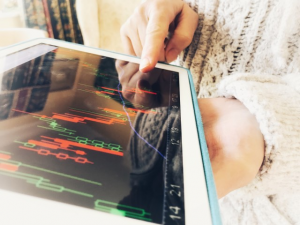 As the next step in ledger distribution system technology, blockchain maintains data on transactional records thanks to the very latest cryptography technology that has so far proven all but impossible to compromise. There are consensus features built into the blocks to ensure no one party along the chain can manipulate the data outside of the purview of the whole. The most famous examples of the technology are modern cryptocurrencies such as Ethereum and Bitcoin, but the technology has huge potential for applications across all aspects of digital technology, from voting to identity management and cloud storage. Basically, and business that could gain from the use of an imperishable database system will be increasingly affected by the technology. With data being transferred in an instant across the blockchain, it’s also possible to conclude transactional security checks on, say, bank transfers, almost instantaneously. 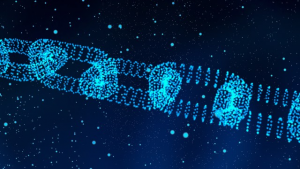 Microservices: the Platform of the Future

The other crucial component in developing infrastructure fit for the purposes of fully-realized technological partnerships will be microservices. The name is given to a series of systems that contravene the idea of a monolithic codebase by replacing it with a series of applications that are essentially distilled down to their functional essence. In such a way, each individual function is can then communicate interdependently to provide necessary functions more than equivalent to a single design. The advantages lie in the fact that the system overall is far more dynamic and responsive in accommodating new data systems without sacrificing performance. It’s already being adopted by the biggest players in the industry like Netflix and Google, and looks certain to be one of the most influential coding philosophies of the near future.

As Above, So Below

The combination of microservices for internal operations and blockchain for external interactions between players in a technological partnership will leave all parties equipped to integrate new operating systems with a minimum of discomfort and an iron-clad guarantee of mutual peace of mind. It is imperative that such technologies become adopted as quickly as possible to replace the outdated capabilities of legacy systems. In this way, it’ll become possible to grasp the bull by the horns and forge ahead with the kind of business relationships that could open up new horizons of an enterprise to the benefit of all parties involved.

Nika_Goddard is author at LeraBlog. The author's views are entirely their own and may not reflect the views and opinions of LeraBlog staff.