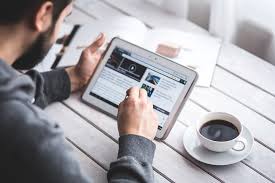 Particularly recently, we’ve seen a surge of large-scale projects hit the country. They are something that are a politician’s dream; these projects not only catapult plenty of attention onto them, but the economic value can be immense.

Suffice to say, getting them off the ground isn’t easy though. We’re not talking about politics this time, but rather the money that’s needed to get them going.

It’s rare for a project of this magnitude to be funded by one individual. With most costing hundreds of millions of dollars, if not more, this is simply out of scope.

Instead, other avenues are turned to, and we’ll now take a look at some of them in-detail to show how it’s done.

The first form of funding we’ll take a look at is one that’s proving exceptionally common. If we were to describe it in a sentence, private equity would be the coming-together of various investors to invest in a particular project.

It’s worth mentioning that private equity is probably not going to be used in completely new developments, but rather those that are possible expanding. It’s regarded as a form of funding appropriate for those developments, or companies, with history.

In these cases someone who is renowned for procuring funding in a similar industry is usually sourced, who will then attempt to convince companies to invest in the project. To coin an example, Russ Lea is commonly used in the oil industry due to his expertise – and there’s every chance that every other industry will have a similar go-to person.

A somewhat similar approach occurs when a project is funded by venture capital.

Again, it’s not something that is put together by just one individual – it’s a group of investors who pool together.

The main difference between this and the previous form of funding we looked at is the type of project that it’s used for. Venture capital funding is renowned to be used on startups, and investors tend to take a high equity stake in projects due to the risk factor.

Considering the fact we’re talking about large, new developments here, there’s a chance that many would be more suited to this type of funding. The developments don’t tend to have the reputation, or they’re not established enough, to attract private equity funding which is why this route is usually taken.

We’re going to end the guide on corporate finance, which is probably the least likely of the three types to be used. If a project is relatively small it might be turned to, but in general one of the above two are more appropriate options.

The reason it’s not used in these large-scale projects is because the client will need to have approximately 30% of liquid collateral. Ultimately, in a new project, this is just something that’s not feasible – particularly if it’s worth the sums we discussed at the start of the page.