In 2007, the great subprime crisis happened in the US that was caused by high home prices and the resultant housing bubble loss and failure of the Alt A assets that were linked to the housing sector. The banking sector issued bonds, the credit default swaps and the Alt-A assets that were securitized. The bonds issued were funded by housing loans repayments and the money for housing loans were derived from public’s bonds purchases. As there was margin call on these bonds and housing loans repayments too defaulted the banks collapsed like the one as Lehman Brothers, the investment banking giant. The financial meltdown that followed after this was profound and many other financial sector companies became bankrupt and had to be merged or acquired. For example, Bank of America acquired Merryl Lynch and investment banks like Goldman Sachs and JP Morgan lowered their scale of operations by shutting down their retail banking divisions fully. Housing loan companies like Fannie May and Freddie Mac suffered huge losses and the government salvaged these institutions by huge recapitalization moves. The growth rates of the US tumbled and government resorted to huge doses of fiscal stimulus to boost the economy. Then the Federal Reserve announced Quantitative Easing or QE in which the government issued and bought back bonds from the public generating huge amounts of cash liquidity into the economy. 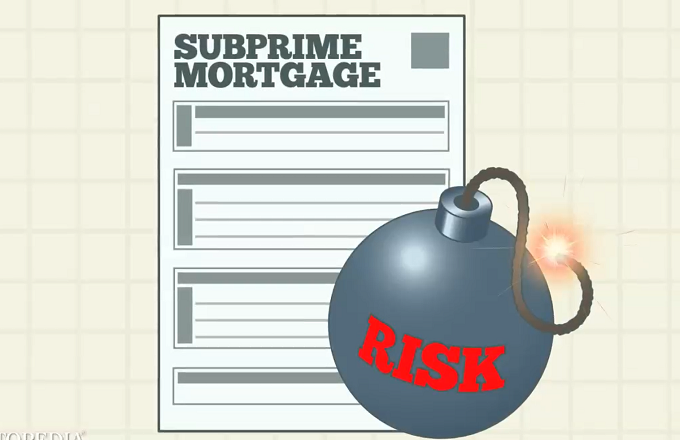 Impact on the Indian economy

In UK, housing bubble loss occurred and Eurozone many countries’ financial sector got destructed due to investments in the US and also contagion effects or Domino Effect. India remained unaffected by the global decreasing growth rates of the economies and the recessions. Greece became totally bankrupt on its debt and had to leave Eurozone. PIIGS (Portugal, Ireland, Italy, Greece, and Spain) economy also was hit by recession fears and bankruptcy fears because of the contagion effect.

India was seeing high growth rates of about 9% in that time because of high performances in services, industry and agriculture growth rates. Interest rates were pared several times to boost growth and from 2009, the rates were raised because of high inflation that caused havoc to the economy in the later years. Investments were high from the corporate, exports took a hit and consumption also was high. All these had a multiplier effect on the economy. The stock markets hit record highs during that time and caused lot of wealth creation for the stakeholders. The rupee, reacted well to the growth rates and combined with Dollar depreciation, appreciated significantly. The relative interest rate differential also caused the rupee to appreciate against the Dollar.

Rise of the Indian investment market

After a hiatus of six years, the world’s financial system regained its vigor and the global economies are showing high growth rates. Stock markets are performing well and besides few failures like Brexit, the economies are faring well. There has been revival of risk appetites. India too has performed well in the last fiscal year with growth of 7.6%. The stock markets are consolidating and hitting fresh highs frequently and FII inflows have been high.