A fire accident is hazardous. Be it a car fire, a residential or a commercial accident, fire accidents can amount to massive damage which may include destruction of property as well as loss of lives.

There can a variety of causes of fire. While some may be attributed to household appliances, some can result from fireworks or smoking materials and some can be caused due to arson. Whatever the cause is, it is important to document the fire scene in order to gather the evidence of the accident and build a case from those. 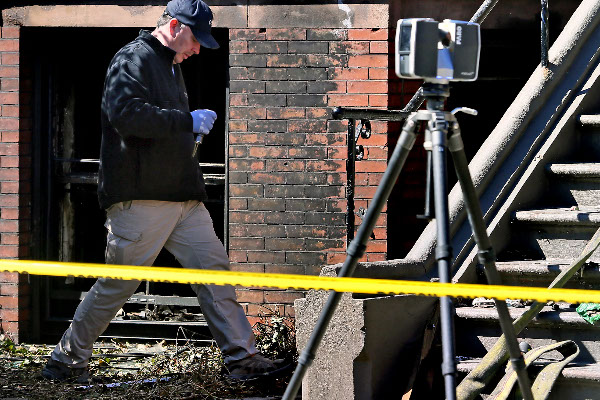 Examining the fire scene is the first step of documentation. This is because a thorough examination prevents the possibility of jumping to conclusions. It involves thoroughly checking the fire scene. No detail should go unnoticed during the process.

No matter the extent of damage, examining the scene properly is important. Even though the areas that have not been damaged by the fire may not directly contribute to the cause of the fire, it is always worth the effort.

An accurate visual record of the fire scene helps in documenting portions of the scene that may have major impacts on the case but may have either gone unnoticed during the examination or considered unimportant. Photographs are highly demonstrative pieces of evidence. It also helps in reconstructing the scene effectively.

Videotaping the scene can also prove to be beneficial. Do not miss taking pictures of the point of origin of the fire and the first thing that has been ignited.

This is usually done by an accident reconstruction expert. It is your job to maintain the records. Take down the name of the photographer and the date. Sometimes, aerial photography can be helpful as well.

Creating a Record of Observations

To support the photographs and the examination, a record of the observations and the investigations must be maintained. This document should include a written description of the fire scene that includes possible causes of fire.

In addition to that, a detailed sketch of the fire scene can also be quite helpful. The diagram of the fire scene does not have to be an architectural blueprint of the fire scene. However, it must be detailed and accurate in portraying the configuration and the layout of the scene. If the fire has taken place in a building, the diagram should show all the rooms affected, the stairways, walls, attics etc. that may have been in the path of the fire’s progression.

There are various computer programs that can help in drawing up the fire scene.

This is a crucial part of the process of documenting a fire scene. This evidence is required for further investigation, laboratory analysis and court requirements. The first thing to do is to identify the evidence that can prove to be vital.

The evidence collected should be placed in labeled containers so as to remove any chances for confusion. This also helps in easy preservation as well as transportation. The labels should contain the date and time the evidence was collected and the name of the investigator as well. Liquid evidence should be immediately sent to the laboratory for further testing.

While collecting evidence, strict protocol should be followed. Wearing protective and clean garments as well as footwear is important. Clean, disposable tools should be used for collection. The containers used for the collection should be clean and these should be sealed as soon as the evidence is placed inside. Fragile items should be packed carefully so that they are not broken during transportation. Additionally, restricted access should be maintained at the fire scene.

Following these steps will ensure that the fire scene is documented properly. As a result, it will be easier to determine the cause of the fire. This will make it simple to solve the case.

This content has been written by Katie Smith on behalf of Auto Fire & Safety Consultants, Inc. (AFSC)