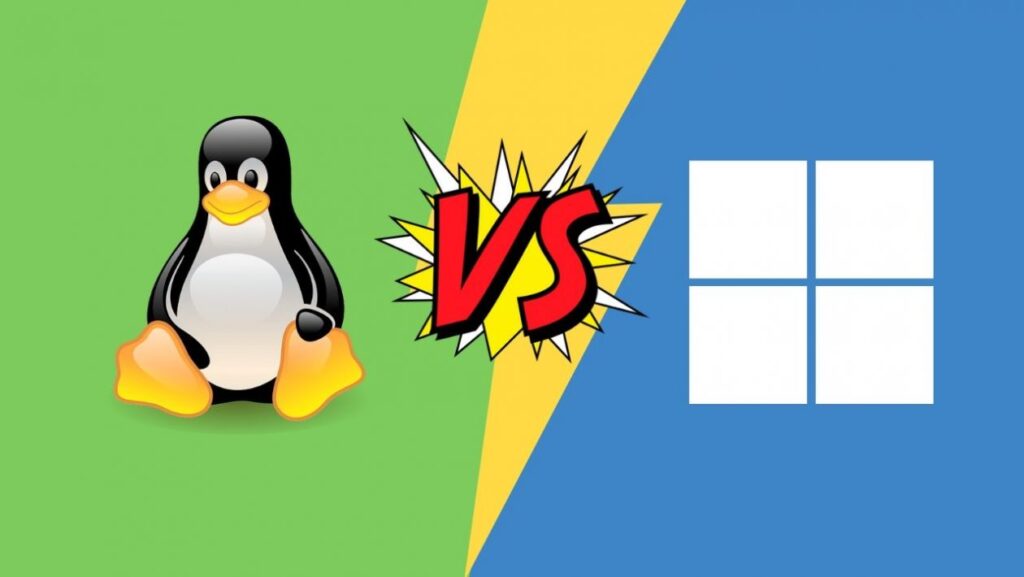 When choosing an operating system, you are looking above all for extended functionality, stability, security, and reliability. For a long time, Linux pranced at the top of software in terms of stability, before being overtaken by Windows. Regarding security, however, Linux seems to retain a certain advantage, given that it is less often the targets of hackers. In addition, there are fewer security errors in Linux. In this blog post, we are going to list the pros and cons of both systems.

Linux or Windows? It’s hard to say which one is the best. Rather, it’s about knowing what criteria are important to you as a user. In our Linux/Windows comparison, we show you the advantages and disadvantages of these two systems.

Linux versus Windows in a nutshell

Linux is a free multi-user operating system that relies primarily on GNU software and the Linux kernel. The system is made up of modules, its development goes through software experts from all over the world. The latter participate in various projects. In addition to these experts, there are a number of volunteers, non-profit organizations, and businesses.

Computers mainly use Linux distributions. It is the association between a Linux kernel and software to form an operating system which can then be implemented by an end-user. Linux can be used on supercomputers, multimedia peripheral devices as well as on-board systems, netbooks, mobile phones, servers, or desktop computers, in a wide and varied manner. Linux is a safe bet for your mobile devices as well as in the server market. However, its role on laptops and desktops is smaller but is currently gaining ground.

PCs are primarily running on Microsoft Windows. To which are added versions for PDA or smartphone, as well as others for embedded systems. For example retail POS systems or electronic measuring instruments. Regarding cars, Windows is also quite appropriate here.

Linux and Windows rely on different scripting languages. We, therefore, recommend Windows hosting if you need Windows applications on your server. The programs are then executed on the basis of the .NET structure, you can also use MS SharePoint. A Linux server on the other hand will be the right choice if you can do without VBScript, ASP, and MSSQL, for example if you want to setups a Linux VPS or dedicated server based on Apache, MySQL, and PHP.

Windows Server has the advantage of integrating very easily with Windows applications such as SharePoint, MS Exchange, applications, and scripting languages ​​in .NET. That said, the powerful ASP.NET framework is compatible with Linux and Windows. Linux servers work efficiently, are stable, and completely reliable. Linux is a great operating system for those who use MySQL, PHP, or Perl.

Usability of Linux versus Windows

In terms of ergonomics, Windows stands out clearly from its competitor, thanks to a unique user interface. On the other hand, Linux distributions usually use different working environments. Thus, the user has the possibility to choose his preferred interface. KDE, Xfce, Mate, and Cinnamon environments are for example supported by Linux Mint. Often you can still adapt Linux systems to your liking by adjusting the settings. Without resorting to other programs, it is not possible at this point in Windows.

Linux versus Windows: choice of software

For Windows, there are plenty of free programs. You will also find a wide choice of paid software, especially in the area of ​​document creation and modification. Linux users, on the other hand, have access to virtually all programs for free.

If you are moving from Windows to Linux, you will still need some adaptation time, as most of the software you are used to is not available on Linux. Thanks to the Wine tool, you can also install some Windows programs on Linux. For example the famous Photoshop image processing software.

Linux vs Windows: Control or Trust?

In terms of computer technology, it should be noted that Linux uses the Open Source model in most cases. This makes the source code visible, allowing experts to analyze it. The program has for example contents that have nothing in common with the original function of the program. Windows, on the other hand, uses hidden code.

Linux vs Windows. The Conclusion

Do you use your PC to surf the Internet or for office automation? Linux is just as suitable as Windows. But Linux is especially good if you want to maintain control over your operating system or if you are looking for more flexible software. In addition, Linux requires less maintenance when it comes to updates. On the gaming side, it is clearly Windows that wins. The same goes for the processing of documents. Document creators are often forced to use proprietary or non-free software like Adobe Premiere.

If we compare the two programs, we cannot say that there is really a winner among the two. The choice depends above all on the programs you will need. Servers running Linux-OS are particularly suitable for content management, corporate web pages, forums, online stores, and blogs. Conversely, if you want to work with SharePoint or MS Exchange, we advise you to choose Windows.

Linux versus Windows: Pros and Cons at a Glance