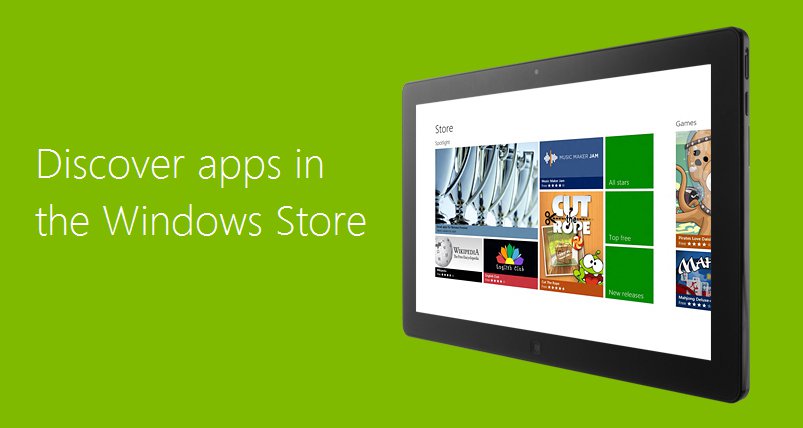 The increasing use of tablet computers and smartphones has coincided with the rise of digital downloading apps. It's a change in modern computing which is here to stay. Google Android and Apple iOS have found success in catering to this audience. Microsoft has been left lagging behind, though.

With the launch of Windows 8 in a form which is friendlier to these customers, it's also released a Windows 8 Store. Microsoft wants this to become the heart of Windows 8. It's been designed with a variety of apps suited to tablets and smartphones. Even so, it still has a number of handy tools for desktop users.

It's similar to the Mac Apple and Google Play stores. Even though Windows 8 has only been on the market for a few months, it already consists of thousands of apps from household names and independent developers; some of which carry a fee and some of which are free to use.

The Windows Store interface has been primed for use on devices which use touchscreens. Even with this aim in mind, desktop users can navigate it easily with a keyboard and mouse. Firstly, click on the Windows 8 Store icon on the desktop. If it isn't here for some reason, look in the menu area.

The Windows 8 Start Screen carries a green tile labelled Windows Store. Click on this to open the store.

Apps have been divided into a number of different categories. You can view featured apps, top free/paid apps, or browse via category. If you already have something specific in mind, type your search string into the search bar. Start typing the keyword and it automatically narrows down the number of selections in real time. Once you've seen your chosen app, click on the dropdown menu.

You can also press the Windows key and Q to open the search panel.

Installing a free app is fairly simple. Tap the tile representing the app and press the install button. Most apps only take a few seconds to install. Follow the installation instructions included in the app itself.

Each app has updates associated with it. These updates fix problems and add an extra layer of security. You will normally receive a notification when it needs updating. You can also check for updates by returning to the Windows Store and pressing â€˜Updates'.

If you can't find â€˜Updates' in the top-right, it means every app has already being fully updated.

To update every app with a click of a button, press â€˜Select All' and â€˜Install' at the bottom of the page.

What's in the Store?

Videos are well-represented in the Windows 8 Store. There are video services like Hulu and Netflix. A number of other major video providers, including YouTube, are expected to submit their apps to the store as the popularity of the store increases.

It also comes with an xBox Music app. This provides free streaming in the Windows 8 Store. There are also a number of popular music services like Slacker and TuneIn Radio for visitors to have fun with.

To fit in with its philosophy on tablets, Microsoft has dedicated a significant portion of its store to books. Many book providers have included a dedicated app in the store. Providers include Amazon, Kobo, and NOOK.

John Kravz is a professional outsource writer. Click here to find out more.