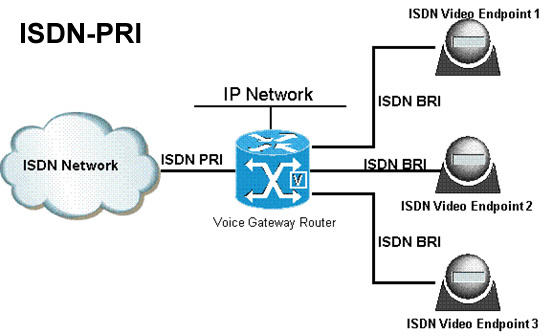 The one thing that governs technology and makes it easy for people to choose from different options is the widespread use of standards. There are many agencies and institutions that work towards establishing standards for different types of technologies. Such technologies can include:

So, when one talks about standards, it is easier to look for standards for specific features or aspects. For instance, if you were to take digital transmission of various kinds, then one standard that everybody talks about is ISDN.

Integrated Services Digital Network or ISDN is a standard that is applied to the digital transmission that deals with sending voice, data and other services over a network.

The biggest differentiator of this standard is the fact that it stands for the integrated speech and data transmission. There are three main ways in which access interfaces to ISDN work:

BRI is used mostly, as the term implies, for basic telephone services and deals with voice data. B-ISDN deals with synchronous voice and asynchronous data that is being transmitted over the same network.

A clearer understanding of ISDN

Broadly speaking, ISDN can be understood in a better manner by looking at the foundation of this standard. There are two communication paths known as B Channel and D-Channel. This stands for the bearer channel and data channel respectively. The B-Channel is a sixty-four Kbps channel which can handle video, voice, multimedia and data traffic. The D-Channel is a 64 Kbps channel which is used primarily to transmit signals between the various kinds of switching equipment that function on an ISDN network.

So what is ISDN PRI?

Primary Rate Interface deals with the transmission of multiple voice and data traffic. In different parts of the world it is signified by either T1 or E1. The former is applied to USA and Canada and the latter in Europe. There is a difference in the channels also with T1 denoting twenty-four channels and E1 denoting thirty-two.

More often than not, ISDN-PRI is employed by large organizations which need to have secure and robust communication networks. Such type of technology is capable of supporting twenty-three B-Channels and one D-Channel which can be deployed on a T1 circuit.

Speaking of a few numbers

The ISDN-PRI communication standard is built on a few numbers. Some of the numbers that you can keep in mind to understand the standard in a better manner are:

James is author at LeraBlog. The author's views are entirely their own and may not reflect the views and opinions of LeraBlog staff.