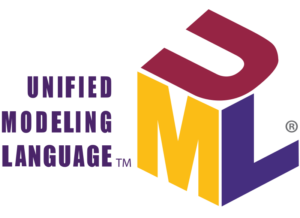 Thousands of words can be gotten from a picture. And this is why Unified Modeling Language (UML) diagraming came into existence because of this. It is used for forging a common visual language in the world of complex software development.

The innovation is also useful for business users as well as anyone who loves to learn about a system. This article shows you the basics of UML diagrams, plus the benefit and some principles. Keep reading.

What is Unified Modeling Language?

UML, Unified Modeling Language, is a multi-purpose modeling language. Its key objective is to create a standard method for visualizing how a system is designed. UML is a bit to blueprints that are utilized in other engineering fields. It also has several kinds of diagrams.

Overall, the diagrams by UML show the structure, boundary, and behavior of the system – as well as the objects therein.

It is however important to note that UML isn’t a programming language. UML is a visual language. UML diagrams are used for portraying the structure and behavior of a system. It is very useful for system architects, businessmen, and software engineers, regarding analysis, modeling, and design.

In 1997, OMG (Object Management Group) adopted UML as a standard. And since then, it has been managed and regulated by this group (OMG). Also in 2005, IOS (International Organization for Standardization) published Unified Modeling Language as an approved standard. Over years, periodically, the Unified Modeling Language has been revised and reviewed.

Among many programmers, the use of Unified Modeling Language is very common. However, UML is not often used among Databases Developers. The sole reason is that the creators of UML neglected databases, they don’t focus on them.

Irrespective of this, the Unified Modeling Language does a perfect job for high-level conceptual data modeling. It is also useful for making a variety of UML diagrams.

The Purpose of UML According to Experts

According to the experts, the key purposes of the Unified Modeling Language include:

The UML has several benefits. However, below are the principles and standards of UML modeling.

Deciding what models to create impacts how an issue is tackled as well as how an answer is molded. You want to pick your models well. Take your time. The right models will feature the most vital development issues. Wrong models will delude you, making you focus on superfluous issues. For instance, you can involve various kinds of graphs for various stages in software development.

For instance, if you are building a skyscraper. Maybe you need a 30,000-foot view to make your investors envision its look and feel. At another time, you may want to get down to the level of the studs – when there is a confusing pipe run or an unusual underlying component.

The best models out there have a connection with reality. They are simply real-life experiences. It will always reflect significant key features.

Yes, there is no single model that is sufficient. Each non-trifling framework is well reached via a small of almost independent models. You want to build models that can be assembled and examined separately – however, they remain interrelated. If it’s a building you are working with, then study its electrical plan separately. You may also observe their mapping on the floor plan. And maybe how they interact with the direction of pipes in the plumbing design.

The principles of UML are useful for software engineers as well as business owners. The benefits of this innovation cannot be underestimated in the world of programming. Finally, visit SodiusWillert.com to learn more about UML.