In business, brand perception can play an enormous part, as anyone who runs their own company will attest. Two of the biggest brands in the world, and certainly in computing, are Microsoft and Google. There is no denying that these brands have had a lot of success, and are household names of the very highest order. However, while they do offer plenty of comparable services, both tend to dominate in an area the other just can’t take away from them. 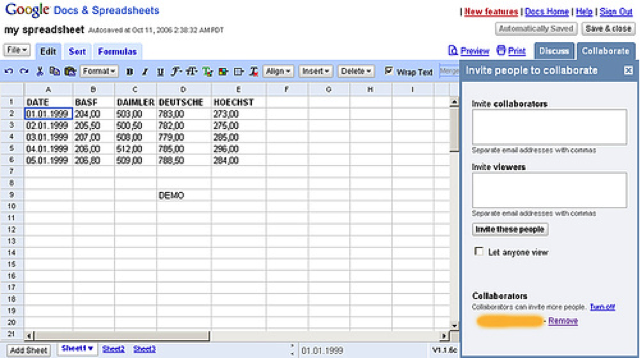 Unlike when competing with Apple, both Microsoft and Google’s computer products can be used on the same hardware (though this is not the case in their mobile OS offerings), and can also be used at the same time, so to the user, there isn’t really the same need to actually choose one or the other and commit. However, to the companies, the rivalry is fierce, with each aiming to take market share from the other in one of its key areas of business.

Where Google Wins Over Microsoft

When it comes to some things, Google is the clear winner. Microsoft’s Bing search engine did receive some high praise from the tech industry on its launch, and they spent a lot on marketing it, however it has made barely a dent in Google’s market share for search engine use. Most of the time, Bing only seems to get used where it is the default or only option - such as when you are browsing the web using an Xbox or Windows phone, or for instant translations on Facebook.

Another area where Google wins out is in browsers. Internet Explorer has long been the butt of many jokes, for example ‘if Internet Explorer has the guts to ask to be your default browser, you have the guts to ask out that girl’. Microsoft themselves are even trying to distance themselves from the brand, and Chrome is left to fight with Firefox for PC browser market share.

A third sector where Google is beating Microsoft hands down is in mobile operating systems. Android phones and tablets vastly outnumber those for Windows mobile, and this is in spite of the great reviews Microsoft’s devices, made with Nokia, have received. While the Windows devices are undoubtedly very good and the operating system has been critically acclaimed, people are reluctant to move to a mobile OS that is seen as a late comer to the iOS and Android dominated market, and therefore has vastly fewer apps available for it.

Microsoft’s Own Areas of Dominance

Microsoft has the edge by a wide margin when it comes to Office style productivity software. When you think of Microsoft, you tend to think of two things. The first is of course Windows, but as yet Google don’t offer anything that even attempts to compete with the much hyped Windows 10, so Microsoft are alone to slug it out with Apple in that sphere (and to a lesser extent Linux). The area where Microsoft dominates over Google, is with MS Office, and its latest incarnation, the cloud based Office 365.

Google are very, very keen to muscle in on Microsoft’s patch in this sector of the software market. Earlier this year, they announced bold aspirations for taking up to 80% of the market share MS Office currently enjoys, with a long term strategy that involves encouraging businesses to use the two products in tandem and then ditch MS Office at license renewal time for their own free products.

It is possible though, that just as Microsoft were unable to claw over almost any of Google’s search engine market share with Bing, Google will fail when it comes to getting enterprise level companies to drop MS Office - a product range that has been a byword for productivity software for over two decades, in favor of their apps. As we have seen before with Google+, which was originally intended to steal a huge amount of users from Facebook, Google’s ambitious attempts to garner market share from highly dominant brands don’t always work.

Why Is Microsoft’s Brand So Entrenched in the Office Software World?

Microsoft have a powerful strategy of their own to prevent users jumping ship in the face of Google’s efforts, however they already have on their side the extremely strong brand connection between brands like Word, Excel and PowerPoint in the business world. Also, with a 20 year history of being the only significant player in this market (we won’t count things like IBM’s Lotus suite which were terrible), there is a serious ecosystem of third party products and companies supporting MS Office in ways Google can only dream of.

Consider as an example, the tool you can find from Cogniview at https://www.cogniview.com/pdf-to-excel/pdf2xl-basic/.

This is a simple piece of software that does a very important job. It converts files from PDF format - which is the common output file type of all kinds of different things - to MS Excel. Cogniview developed this to support Microsoft Office users who were wasting lots of time manually taking things out of their PDFs and pasting them into Excel, which also made room for user error. There are all kinds of helpful things like this from developers like Cogniview that simply make life easier for MS Office users. If you have a problem doing something in Office, there is almost always a tool to help you, and loads of resources online for troubleshooting.

This kind of software ecosystem only comes about when things are used by a lot of people for a long time, and MS Office is one of the rare examples of something that meets that criteria.

While Google’s approach to getting into businesses sounds good, and while their products’ cost savings may appeal to small businesses or home users, it seems like a stretch to see enterprise organizations moving away from something so well supported and which all of their employees already associate with ‘work’. It will be interesting to see how the rivalry plays out, but it is difficult to see Google getting anywhere close to their market share target.

Ofir Sahar is an SEO genius, life hacker and world traveler. When he is not jumping to the freezing water of Antarctica, he’s also the Founder & Main Chef of SEO Link Building Service.