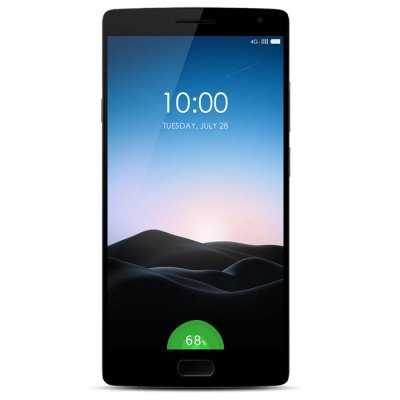 Android fans have their fetishes stick to simple user interface and easy design. The pure Android version without the usual clutter is very much preferred by the die-hard Android lovers. But until the launch of OnePlus one it was and the Never Settle punch line of the company has hyped the Android loyal customer. The same company is back with the second version OnePlus Two which is again a total hot in the smartphone market. This handset is very much applauded by strict and savvy Android users. The extremely affordable price of this smartphone has won the hearts of millions around the world. The CyanogenMod is a sure hit in the market and draws the special attention of tech savvy people. Here in this article we will discuss thoroughly about this smart gadget.

Design & Display: The display size is a perfectly handy 5.5 inches HD display and outputs amazingly clear pictures with sharp colour quality. The look and feel of the phone is complimented with it thin bezel and is well protected by Gorilla Glass. The phone has a premium look and is tough as well. The OnePlus Two has also got a finger print scanner in its home button for security purposes.

Camera and Storage: The primary cameras of the OnePlus Two is 13 mega pixels and is equipped with laser focus and image stabilization. The camera has dual LED flash which takes amazing pictures in the dark also. The front camera is 5 mega pixels. The OnePlus Two is available in two variants of 16GB and 64 GB and the later one is non-expandable.

OS and Processor: The OnePlus Two comes with a powerful processor of octa core Snapdragon 64-bit and is also equipped with a huge RAM of 4 GB which makes this handset blazing fast in terms of gaming and other graphic demanding activities. The operating system of this phone is remarkable thing in it which is Android Lollypop blended with their own CyanogenMod Oxygen OS. This operating system is an amazing thing to explore for any smartphone lovers as it comes with many useful additional features in it which is absent in Android stock version.

Battery: The powerful OnePlus Two is aided with a sealed battery of 3000 mAh Li-Po . It gives a long battery life as compared to other smartphones of its kind. The availability of 4G LTE is present in this handset with dual SIM port.

To sum it up we must acknowledge the fact that OnePlus Two is quite a premium phone to possess. The extremely affordable price makes the phone even more hyped. The stunning design and tailoring perfection has given the phone an extra edge. The configuration of the hardware and also complimenting software design has made the phone powerful stylish and handy. The finger print scanner in a handset of this budget range was quite a fantasy. If you want to own a perfect masterpiece then OnePlus Two will surely impress you.