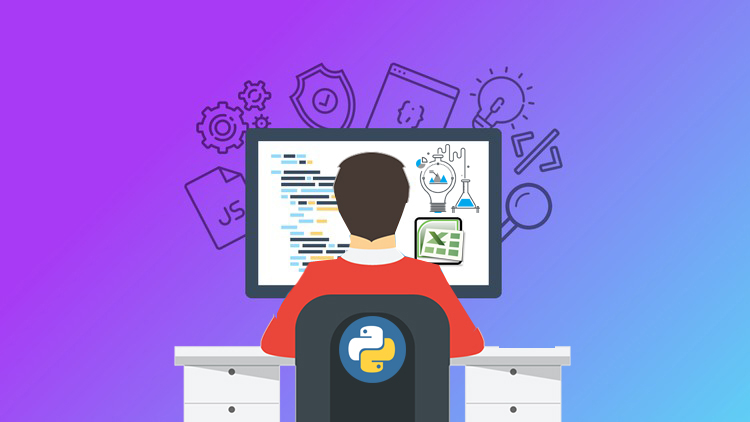 In the era of advanced technology and the ease it is offering to people as a whole, Microsoft has emerged and established itself as one of the premium solutions for all kind of corporate needs. Microsoft Office has been one of them, that not only made the work culture smooth but also it added the taste of professionalism through it.

Microsoft Excel has been one of the finest tools that you may come across and is the best in the market for data and managing it with precision. With the utmost success of Microsoft Excel, many organizations from the world tried to compete with it by launching their own version of Spreadsheets and Google has somehow giving cut-throat competition to it.

Tip: Are you interested to learn the latest version of python programming? Then Intellipaat Python Course is what you need.

Google has launched their own version of Docs, in which they started Google Spreadsheets which became very popular among people in a very short period of time. Along with it, well-funded start-ups like Airtable, which are both going after Excel’s massive user base of approximately 500 million users worldwide. Small businesses are tech-savvy and embracing innovative alternatives to Excel. It may be possible in future to rip and replace Excel along with Office 365 and the massive underlying infrastructure, which is serving ever-growing workloads. It will take some decades to make it happen.

The World operates on Excel, whether we like it or not!

Almost everyone knows it, we have mixed experiences to tables, pivot, VBA-scripts (Visual Basic Applications) and charts. Either we like it or not, but somehow the office related task revolves around Excel and spreadsheets. We are surrounded by Excel in almost all type of industries and is highly dependent on its use.

From monthly budget sheets to calculating the daily expenses costs and managing office related data, everything is done with ease by Excel. Most data scientist prefer it because it supports complex analysis of large data, using automated and customized commands.

But one of the questions that arise it that why Python is preferred to Excel in some situations?

So, with the ever-increasing volume of data, there is a strong need of the hour to discuss that how the organizations are going to store and manage this data, make it more user-friendly and can be analyzed in such a manner that it becomes more efficient with least chances of error. Some of the experts admit that Excel is being misused as a quick-fix that has never matured into a permanent, enterprise-grade solution.

Spreadsheets are becoming big and complicated: Small and large enterprises alike use Excel sheet. Each organization may have millions of spreadsheets which makes it difficult to analyze huge volumes of data. While it is tough to imagine corporates without spreadsheets, it has its own set of challenges.

Errors in syntax: Many times, Excel is considered for just using the same set of functions for all kind of cell range that leads to several errors in various formulas.

So, let’s comes to Python

There have been lots of discussions happened in recent times about popularity of Python language. Python language is becoming one of the most preferred tools for data scientists. This language has different functionality when compared to Excel but can prove to be much more powerful when it comes to data analysis. Python contains advanced features that enable data scientist to perform swift and through data clean-ups. Data clean-up in Excel is a hectic process because you must manually navigate through tens of thousands of spreadsheets to arrive at important adjustments. Python users can update multiple spreadsheets within seconds.

Python is one of those languages that need technical skills and mastery in coding. Python development companies are searching to hire new roles with Python skills with at least beginner-level proficiency. Though it involves coding, many believe that it is picking up fast and alternative option for Excel. For example, Excel user can sum up numbers in a column by using sum up cells which meet specific criteria by using =IF statement. This can be performed with easy using Python and a lot of other functionalities that Excel boasts.

Now, you may think then why you need to do this in Python if you might as well do it in Excel. Here are some benefits that Python may have over Excel:

So, who will is going to lead – Microsoft Excel or Python

A very hard question, though. Microsoft Excel with its current state may not be the best fit as per the current scenario but still, people prefer it always. Excel calls for better ways to analyze data, and managers will have to get better with performing data analysis-which would be possible only by writing codes. It will soon become vital to see new data analysis tools that will emerge more powerful, convenient and easier than Excel.

Python is a free and affordable resource, it makes it easy to get started. This language can be effectively used throughout the entire workflow, allowing programmers to code more quickly, using fewer steps than other scripting languages.

If you want to learn this multi-purpose language and improve your coding skills, there is a lot of content available online for learning Python, it can be very easy to get started your journey with it and become a pro in using the python language.

Chirag Thumar is author at LeraBlog. The author's views are entirely their own and may not reflect the views and opinions of LeraBlog staff.