CodeSounding is an open-source sonification framework which makes possible to hear how any existing Java program “sounds like”, by assigning instruments and pitches to code statements (if, for, etc) and playing them as they are executed at runtime. In this way, the flowing of execution is played as a flow of music and its rhythm changes depending on user interaction.
The major challenges are 1) keeping realtime synchronization between instructions executed and sounds played, 2) how to “compress” the CPU speed into a meaningful rhythm, that is how to going from something like 2GHz to 44kHz.
We propose different approaches, with increasing degrees of realtime synchronization / “code fidelity”: 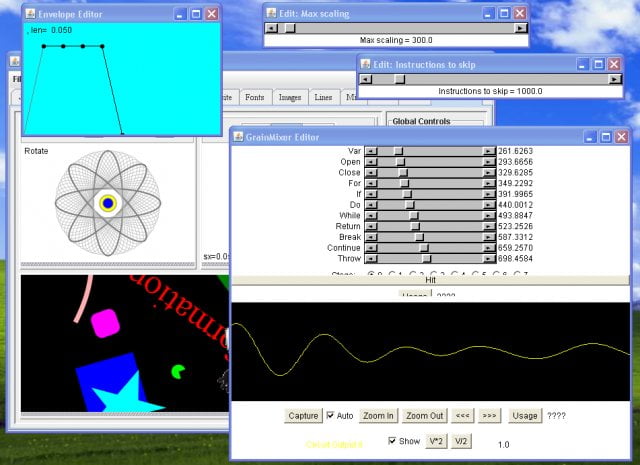