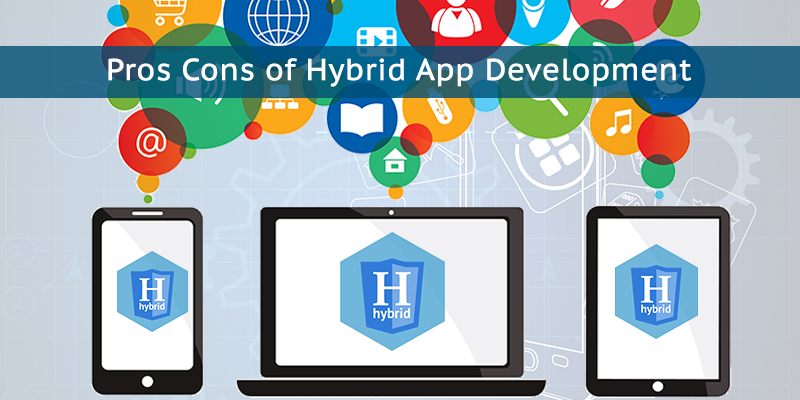 Developing a mobile app can draw a plethora of opportunities for your business. There are two main types of mobile apps: native apps and web apps. Native apps can be downloaded from the app stores, whereas the web apps can be used directly through the web browser. A hybrid app is a mixture of a native and a web app. Let’s see in detail.

In native app development, the mobile apps are developed for specific platforms like iOS, Android or Windows Phone. The app lives on the mobile device and is generally written in particular language for the respective platform. The source code can’t be used from one platform to another.

The native apps use the smartphone features, such as camera, address book, and accelerometer. This can give a rich user experience and such apps can be downloaded from the play stores.

Hybrid apps are similar to the web applications, they give a great access to different platform capabilities. The mobile app developers have to program a large part of the app by using both native app and web app technologies. Access to native APIs is also available for the developers.

* The Hybrid app is somewhat easy to develop and it is low cost compared to native and web apps developed separately.

* It is affordable to small and mid-sized businesses especially.

* The hybrid app allows you to create a cross-platform codebase and it is easy to maintain.

* Hybrid applications are typically a better option, as they can be used on browsers of different platform enabled devices. This means that you are able to use the app on different devices like iPhone, Android or Windows.

* Hybrid app is not as fast as a native app; it depends on the browser speed.

* Hybrid app’s performance can be sluggish when it is accessed through web browser.