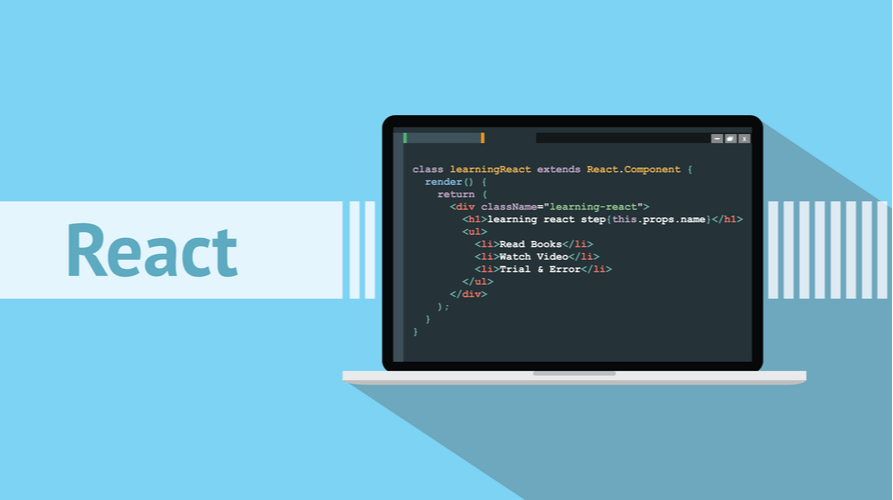 React js has indispensable features that every app must incorporate. React has a plethora of features that have made it stand out among its other peer frameworks. Surely, when something is so much “trending”, everyone tries to follow it. React js has been used by several tech giants to make the best use of its features by displaying its properties in its web and mobile apps. Here is the list of 8 top web apps that use React js –

React js was invented by Facebook itself. We firmly believe that need is the mother of invention. React was also made with the sole purpose of defining a cross-platform for mobile applications. It exhibits the best of its features with the smooth interface that Facebook represents. It uses React for building a website and mobile app. As a website, React is used in the script of its application code, and at the same time, React Native efficiently displays the best version of mobile (iOS and Android) native components.

Instagram is a Facebook-owned product that is also made with Reactjs. Instagram primarily was made with some other framework, but when Facebook owned its rights, it decided to move the mobile app to React-native. Such a move would promise a high-quality interface (UI) and a mesmerizing user experience. Also, react effortlessly helps add some distinguished features like Google Maps APIs, geolocations, or search engine accuracy.

After providing the best user experience for Facebook and Instagram, it was pre-determined that WhatsApp would also go under a transformation with React. WhatsApp as we all know is one of the most well-known online communicator tools with active daily users. React has been able to provide the best of its potential with the flawless working of react js.

Your partner, your true friend, and your boredom killer, your very own Netflix is also made with React js. With the huge database of movies, web series, and documentaries, Netflix once suffered from low-performance problems. React js removed all the speed breakers and paved a smooth path ensuring modularity, start-up speed, and instilled performance.

Airbnb is one of the most successful brands that promise quality services to its users. As React was adopted and applied by Facebook in 2016, Airbnb witnessed a huge potential for itself in the app market. Not only its frontend But react js was used for developing a seamless integrated mobile application too. React native was programmed to bring the best of itself in its Android and iOS native apps. So much is the popularity of React that, Airbnb understood the best of its potential as a framework and introduced to the modern web world React Sketch App that helps establish a cordial relation between designing and programming.

Skyscanner evolved for the better. They changed to bring a new transformation into their own design system. This change was intended to bring a better experience in user experience and user interface. The above said requirements could be made only with react js to make it satisfactory. In 2019, the developers came up with a new change, called a backpack, that gave a new face to the ecosystem of designing and user interaction.

Uber eats is a user interactive website that enables a mesmerizing user experience of browsing, ordering, and tracking orders. React js provides it with a smooth platform and a dashboard that is available for ordering your delicacies without causing any problems. The interactive platform helps its users to make a new order, accept or decline easily. React js has proved its capabilities by catering to the large active number of users.

Discord offers a user interactive dashboard that enables its users to chat effortlessly. Gamers make the best use of this platform to check their availability and send text messages. React js offers robust speed and flexibility to the apps made of it. Also, it has helped Discord in cross-platform app development that has made it the most used app by gamers for communication.

Unknowingly we are using the above-mentioned web apps every 15 mins to just check and scroll the happenings in the world. React js truly deserves the applaud as it has been used by tech giants for the most popular web apps because of its obvious list of features. If you are looking for someone to help you with your web app, our react js developers can certainly help you with your concept. Our team of React js developers can make you ensure your name is on the list that follows the above article.

sifars is author at LeraBlog. The author's views are entirely their own and may not reflect the views and opinions of LeraBlog staff.