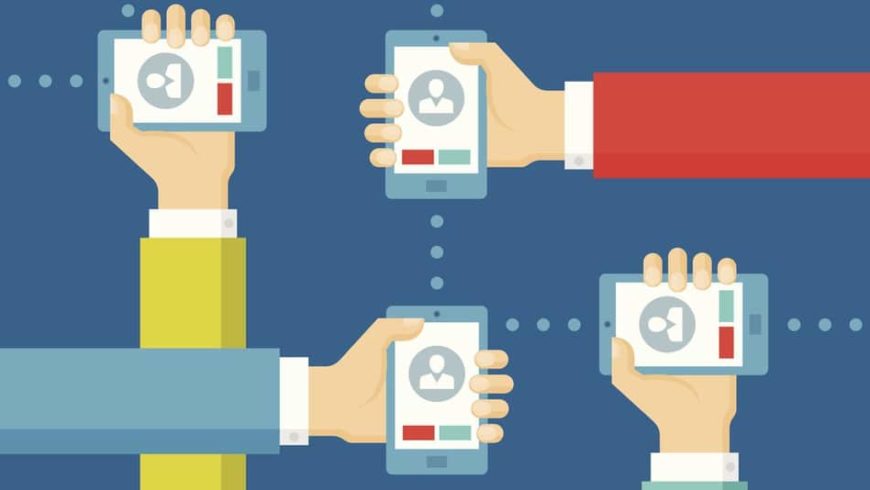 If there is one concept that defines everything the application is — it must be usability. It is the key for applications success — no two ways about it. If you can’t manage to make it right — why even bother? Just throw the money out of window straight away. If an application is a little bit dense on the user’s side — consider yourself to be deep down in the pit of trouble.

The concept of usability is tied with assessing user experience. It is aimed to determine whether the application is capable of doing its job effectively and comfortably. In other words — whether the thing can be used without breaking into tears. Believe it or not — that is an actual problem. Sometimes you just can’t get through.

With that being said, here are the top 10 most commonly overlooked usability issues.

1. Too much information at once

A big bad usability issue that plagues the majority of mobile apps is cramming too much information into one screen.

Usually, it is caused by unconscious insecurity and needs to establish yourself and show your value. The result of this unconscious urge is user lost in the ocean of text while trying to perform a simple task.

There is a limit on how much information the user can take in one bite. In the majority of cases, it is limited to one point at a time. Because of that, there is no reason to include more than will be perceived.

The context is important. In case of menus, it means that the title of each category and section must be straight to point and not some verbose “alakazam baba wawa muumuu” something-something. The same goes for the description of functions.

You know age-old maxim “less is more”, right? It seems too obvious and on the nose, right? Well, it is true. But there is a reason why it works so well.

Overwrought user experience and feature overstuffing are one of the most common and most commonly ignored problems in modern app development. That is especially critical when it comes to eCommerce UX Design. It is easy to understand the logic behind it — if one feature can’t justify the whole thing, the other will come to rescue and so on. However, from the business standpoint, it is extremely counterproductive.

First of all — too many features hurt overall application performance. Because of that, it may be sluggish, meandering and even glitchy. That leaves a bad impression.

There must be a good reason to include this or that feature. The context for its use is very important. You can’t convince anyone to use tone oscillator if they only need to make sleep recordings.

Even with that in mind — users tend to ignore side features anyway. For example: if custom mobile flashlight has light Morse code messaging feature — it is nice (and kinda awesome, to be honest) but there is no way it will be used as frequently as the primary feature. It makes sense to make it a thing of its own instead.

Then comes the business side of things. Too much stuff at once leaves you without options for long-term planning.

The thing is — every application has its life cycle — you start with a basic set of features and then slowly but surely up the stakes. It means gradual expansion, with some features limited to premium versions while the others are available on particular occasions. This approach allows to keep attention of a target audience and gives another reason to promote it. 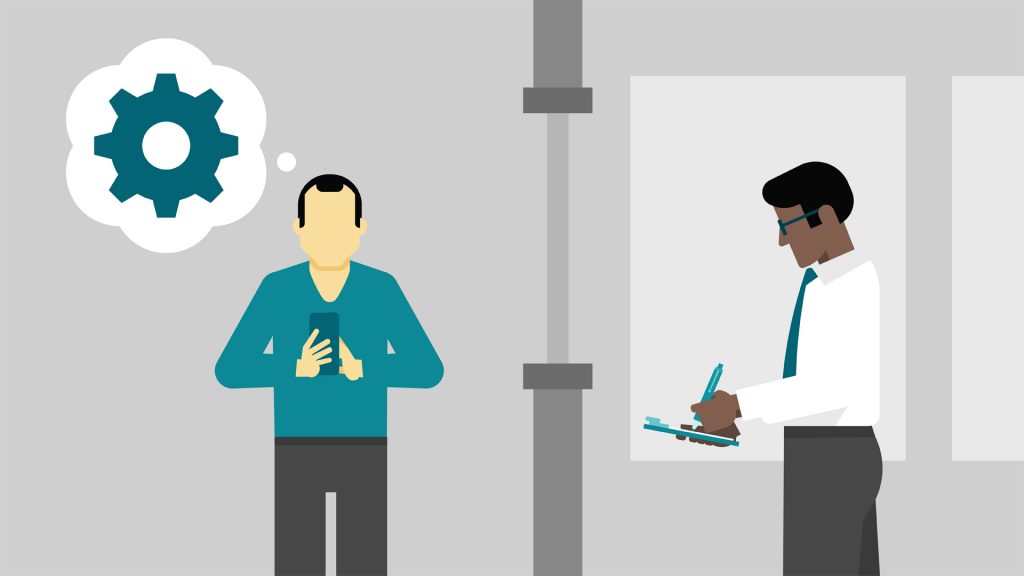 Next particularly bugging usability issue touches the very essence of design — the button layout. It is particularly sensitive because it requires a lot of tries and fails in order to come up with the most effective combination. Also, — you need to keep the button size reasonable for every type of finger.

One thing for sure — there are must be a balance between all-at-once and one-at-a-time approaches.

Here’s how it goes:

The way the buttons are situated on every screen during every action is extremely important — there is a certain logic of how users behave on a certain screen. You can’t go against it. Any extremity results in confusion and irritation.

The primary purpose of any application is to do its job well and don’t irritate the user in the process. In order to convince the user that this particular app is best in game, some developers tend to show it off in navigation. As a result, we have a tour of duty instead of “A to B”—thing it is supposed to be. If the user is faced with the challenge to find what he is looking for or it takes way too many steps – it’s bad.

Clear and precise understanding of what goes where and where is what is a top priority for user immersion and subsequent loyalty. In order to make it possible you need to limit the number of steps needed to accomplish the goal to a bare minimum. There must be a good reason to include an additional step.

Otherwise, the user may get lost and that will annoy him and that will result in him looking for an alternative in which he would not get lost.

One of the most annoying usability issues is lack of proper customization. The thing is — there are many different operational environments and not all of them are compatible with your application right away. The resolution may be different, as may be gear capabilities, etc, etc.

This problem is especially sensible in case of Android applications. Unlike iOS which is fairly standardized and streamlined — Android is extremely fragmented. There are numerous models of smartphones and all of them present different environments. I.e. something designed while keeping in mind Samsung S6 may run amok on HTC One and be inoperable on some Lenovo.

Because of that, it makes sense to optimize an app to the most popular models. 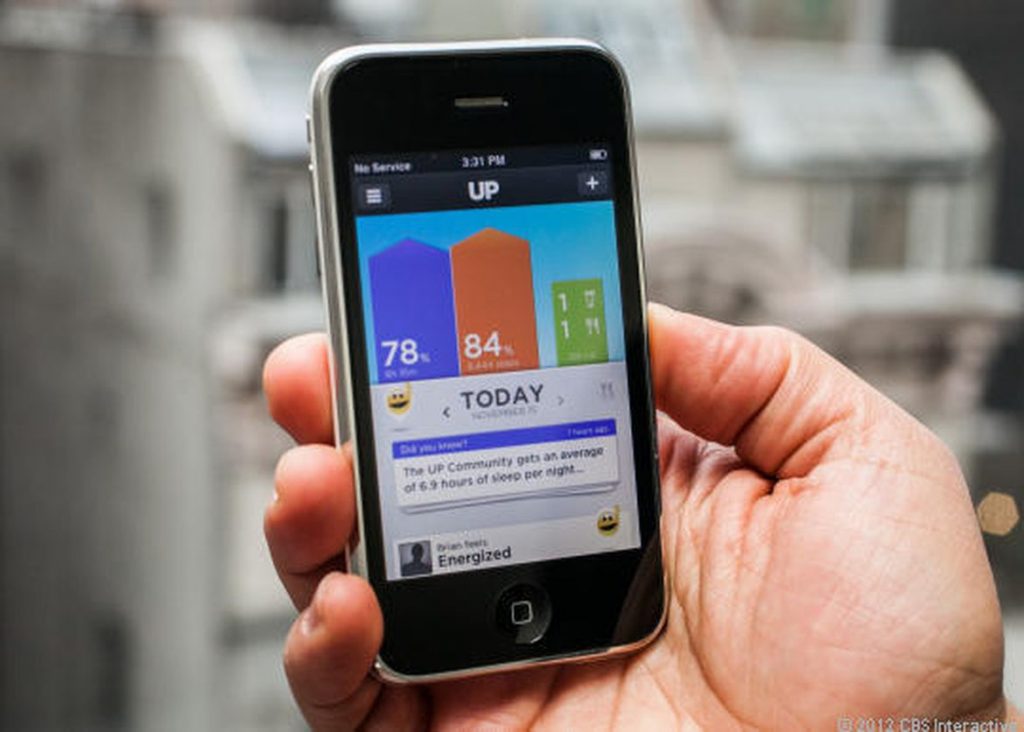 Another big problem with customization comes with adjusting to varying resolutions on different smartphone models.

That means — every variation must be taken into consideration during development — the entire design scheme must adapt to the changing resolution.

Otherwise, — your app will look great on one screen, somewhat awkward on another, slightly off on the third one, rather wicked on the fourth one and absolutely broken on the fifth.

In addition to resolution customization — it is important to include different interface layouts for portrait and landscape orientations.

Let’s take the e-mail client for example. In portrait mode, action sequence consists of selecting a letter and moving into it. In landscape mode, you can add navigation bar on one side

In practice, it means making two separate schemes with a distinctive set of advantages for various actions. However, it is highly dependent on the features of applications — you can’t add

Onboarding experience is the most important stage of application use. If user doesn’t get how to use it right away — chances are he will simply abandon an app in search of something less confusing.

Most common problems come with tutorials. There are two types of issues.

There must be a balance between the amount of information and its delivery. Otherwise, the user will ignore it and that may negatively reflect on his user experience. You need to explain what is relevant and useful for the user. The user can handle the rest on his own.

Another big usability issue comes with giving the user orientation of what is going on. Giving clues may seem like excessive pandering but it helps users to get used to an application.

You need to give the user a clear understanding of the role of each element of the application on every screen. The user needs to know what he can do — which elements are static and which dynamic, where he can provide some input and where he can adjust parameters.

The efficiency of affordance increases immersion into an application which results in a strengthening of loyalty. Because of it, the user will want to go back and get some.

The only effective solution is to make the design as intuitive as possible. Every element should be visually distinctive and easily differentiated. There also must be an option of on the fly help if something is stuck. 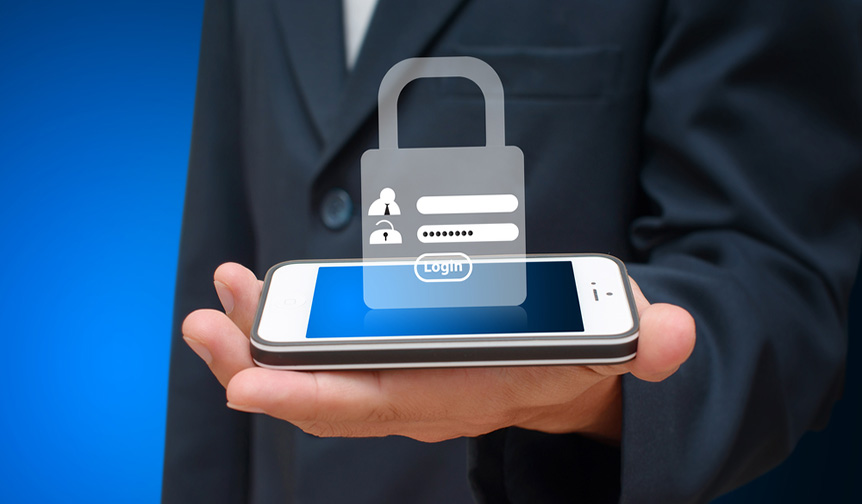 Security is currently one of the most sensitive subjects in app development. Every day brings new and new challenges. Because of recent data leaks, lots of users are cautious about sharing their personal information without proper explanation. It makes sense to keep frequent updates of the system in order to keep it safe from hacks.

However, it doesn’t help that the majority of applications require sharing sensitive information with them. It goes all the way from a simple name, e-mail confirmation to the contents of the phone book, personal address and bank account numbers.

There must be a convincing reason for them to share information. Otherwise, it may seem suspicious for the users and no one wants that.

It makes sense for eCommerce applications but sometimes this sharing is not even justified by the functions of an application itself — just for sake of sharing. Even more so — some applications require immediate sign-in.

That may be a stopper for some user as they haven’t tried an app but already asked to share some information. However, this brings an opportunity. For example, you have a basic set of feature for non-registered app and expanded set for registered (and then even bigger set for premium versions and so on).

Testing and polishing is the most important stage of app development. It never ends, there is always something lurking in the shadows waiting to be fixed or improved.

There is one unjustly overlooked secret weapon in application development. Its name is “user feedback”. You heard about it, don’t pretend that you didn’t.

User feedback works miracles no less. Feedback option provides you with vital information about the workflow of an application — eye tracking and clicks tracking gives a clear understanding of users way of using application. It helps to determine areas of attraction and distraction, stumbling blocks and ignored elements. All this helps to improve the product.

You can also enable direct user feedback. While there is always a danger of getting an influx of hate speech and spam, it is also a valuable source of insight. Here’s why — by allowing users to express their opinion about the application, you get an additional insight into target audiences mindset. This gives you a chance to adjust accordingly and deliver the best possible experience.

These are all the major usability issues that might occur in the application. Keeping them in mind will help to avoid the whole needless headache in the future.

Funny thing is — some folks tend to ignore general principles of usability. In order to best describe the problem with usability in some modern applications, I would like to take a quote from seminal classics “Cool Hand Luke”, which is “What we’ve got here is a failure to communicate. Some men you just can’t reach…”.

The reasons are usually rather dumbfounding — let’s call them “my app — my rules” thing. My favorite iteration of this excuse is “it doesn’t fit the vision”. Oh yeah, sure, exactly…