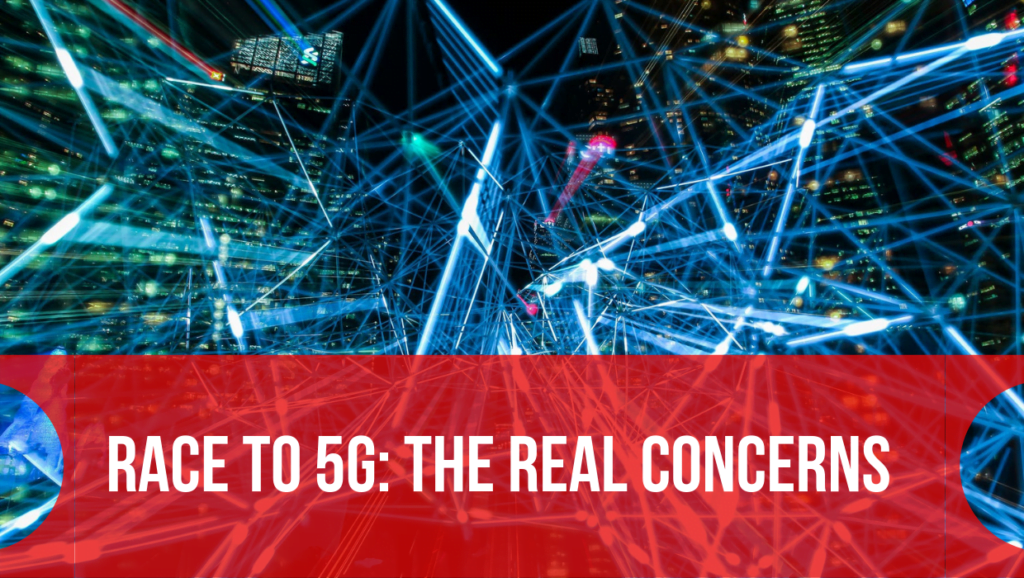 5G Internet is 10 to 20 times faster than the internet we have been using thus far. This dream is close to becoming a commercial reality with the introduction of lightning fast 5th generation – 5G – mobile technology. The pace of enterprise innovation today is sky-high and quite enough to leave any organization yearning for it. What is all this hype about 5G?

The fifth generation of internet connectivity is here but not everywhere, yet. With 5G technology, humanity welcomes an era of downloading HD movies on our smartphones and internet speeds, multitudes faster than the current connections.

Designed to support Artificial Intelligence and Internet of Things technology, these networks will catalyze major breakthroughs in the said fields. Post introduction of 5G, download speeds as high as 1Gbps will be a norm.

With developments afoot and a few test launches past, the 5G technology is expected to see the light of the day, across the globe, by 2020.

5G speeds might vary from place to place but on average they are going to be at least 10-20X faster than the average wireless speeds offered by 4G. A limited number of 5G enabled devices are available right now but the number is bound to grow as the technology becomes widespread.

South Korea just became the first nation to roll out commercial 5G systems after successful 5G tests on AI enabled self-driving cars, VR games, and IoT technology. Whereas, Verizon launched its test beds in some areas of California earlier in April. News states that Spectrum is gearing up to provide 5G in Canada before anyone else does. Well, this is just the start to an enterprise race/world cup that might last for years to come. Click here to find the top providers gearing up to win this race yet again.

How ‘transformative’ is 5G?

Governments and companies are marketing 5G as a speed boost to wireless connectivity. But what 5G really is? Is it really what it’s depicted to be? One of the most interesting showcases of this technology was presented in 2018’s Winter Olympics by South Korea.

The Koreans use devices as bizarre as the ones that make sounds like a tiger’s roar to keep wild boars away from the Olympics. KT, a local operator in Korea, used 5G to stream live events on buses.

Similarly, this technology is more widely applicable in the future. Our creativity is the only boundary here.

A Korean technology representative once quoted in a summit that 5G technology needs 4X as many antennae as compared to the current 4G technology.

One of the issues recorded in these trials were low-indoor-signal-penetration.

Prof Webb, the famous author of “The 5G Myth”, claimed that 5G is capable of working on a range of varying frequencies – the higher ones called ‘millimeter waves’ can go above 10 Gbps. However, they cover smaller ranges and can be easily obstructed by houses, concrete structures or maybe humans coming in their way.

The lightning-fast 5G frequencies going up to 28 GHz are practically difficult to achieve. Notable network operators like T-Mobile, Spectrum, and AT&T are stepping into the race by investing in a bit of radio Spectrum and equipment to try 5G escalations on a small-scale.

Professor Rahim, from the University of Surrey, claimed that the UK had a fair chance of rolling out this technology among the top 5 nations, but it will be very localized in the beginning.

What network operators are doing?

Telecom giant, AT&T went on to acquire an entity back in 2018 that had been working with the millimeter spectrum but for now, the experts predict that these companies will only disseminate data at such high rate only in limited spaces. In addition, by limited spaces, we mean only a small number of people owning 5G enabled phones will be able to take benefit of the service.

However, the idea seems to be focusing on providing better coverage than expediting the download speeds. In addition, signals will be stronger in areas catering to a denser mass of people like football stadiums with millions of people using smartphones.

China has surpassed the US in terms of investing money in testing 5G technology. However, major providers in China have registered for launch dates already. Whereas the government has announced to provide at least 100 MHz of mid-band and 2GHz of high-band spectrum for every wireless provider.

On the other hand, Japan is keeping up with the race. In March last year, some visitors in a baseball stadium watched live 4K video streaming on their tablets which was capable of receiving millimeter wave signals.

The other side of the picture

Brendan from OpenSignal, a mobile analytics firm, brought something grave to the world’s attention.

“A lot of people aren’t on 4G networks” he exclaimed.

According to him, providing an underserved section of the population with 4G first, before diving into the race of 5G is of far more importance. One can stream HD videos on a 4G connection and it is better to optimize 4G penetration than endeavoring into a technology that asks for greater investment and more advanced infrastructure.

What is all this buildup about, then? Well, the international race is on and we all know, no one wants to be the last one left behind, considering how coming in the last position may endanger their survival. What do you think? Share your thoughts in the comments below!

A post by Nida Shahid – Business graduate, writer, digital marketer, traveler, Interior design enthusiast, and a proud dog parent. She shares her expertise and writes for businesses to improve their rankings on Google. Probably one of the most amazing things about her is her ability to stay relevant. Her work has been posted on multiple blogs and e-zines across the web.