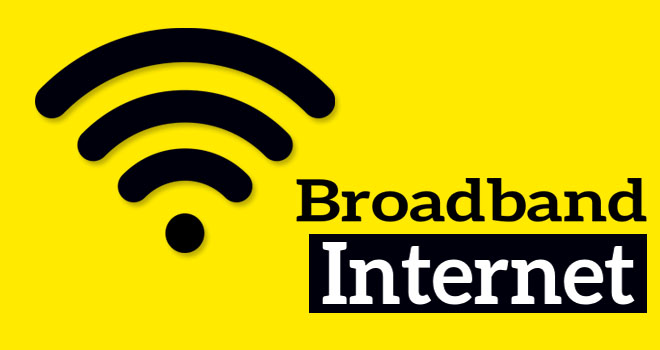 But now the era is totally different, we can access internet without disconnecting our phone. Broadband has made the internet access amazing for us.

We basically don’t know the difference between a dial up connection and broadband, rather than that dial up connection uses the telephone, and at a time either phone can run or the internet. But there’s a lot more which we need to know, and that how broadband technology is better than dial up and has took our computer usage to a new level.

Phone was never meant to be for internet:

Basic idea of phone was to connect the people living far away from each other, it was never invented to support a technology named “internet”. But it was used for it a very little time and then they realized that phone is not meant to support the internet. And thank God we get into the era of DSLs and broadband.

How is broadband different from dial up connection?

When you go somewhere abroad, you don’t know the language, you either raise our hands or ask for help or you hire a translator. Same is the logic with computer instead of using a translator, in order to transfer information computers use electric translating device called modem.

Two machines can chat with each other for a long time provided that both the machines are connected with the modems and receive each other’s signals.

Broadband works entirely different from the dial up connection. Instead of creating a single way it creates several channels of the line, that it doesn’t get confined to the internet. It’s like dividing a highway into several lanes, that way the traffic doesn’t go one way and the exchange of data can go parallel.

Most people download things more than they upload, because internet is a flowing river of information and we get to know a new thing every other day which intrigues us completely. That is why downloading and uploading is not a symmetrical procedure so the technical name for DSL is ADSL (Asymmetric digital Subscriber Line).

If most people download things then why don’t they scrap all the uploading channels so that the browsing can be even faster? But browsing involves two way traffic between your machine and the designated machine. Even you’re browsing on the computer but there is a flow of information toward and outward your machine each time you request the new page. There’s always something getting upload when you are downloading something.

Internet is a bliss, we cannot imagine out lives without it and we all can understand the pain a slow internet gives. Internet is essential thing for the business and personal uses. Like Bill Gates said: “if yur business is not on the internet then your business will be out of business.”

Fiber optic is a new sensation and provides even faster speed than the broadband and many companies are getting onto it to provide the best available.