It is in the news that 802.11ac routers will be upgraded to gigabit Wi-Fi. Even though it is yet to be finalized when this will be put into effect, the key players across the wireless LAN device value chain are hopeful and therefore, everyone from chip suppliers to vendors for both enterprise and residential class applications are gearing up.

Most organizations and individuals believe that the vehicle will finally be 802.11 ac. The capacity of the device will be improved. Along with this, the price of the new device will be the same as 802.11n. This implies that price and performance will be considerably advanced as well. 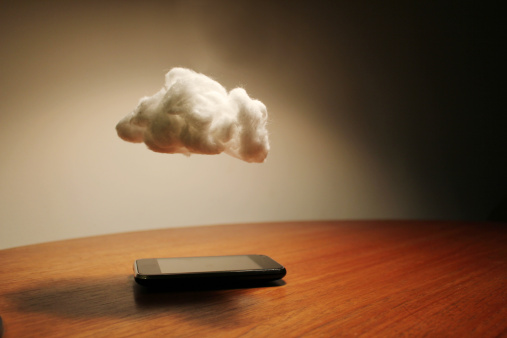 What are the new technology improvements in 802.11 ac?

802.11ac is more evolutionary than revolutionary, advancing technologies over 802.11n. The 802.11ac technology has five important technical enhancements. Let us have a look at them.

This acronym stands for quadrature amplitude modulation in the amplitude constellation or phase in with 256 points.

You do not need to know much here about this. This only refers to that, eight bits of encrypted channel data can be sent during every clock period of transmission. Whereas 802.11n is considered, it is not that efficient and has only up to 64- QAM points.

Though there are uncertainties about how it can be efficient in any environment conditions, as it is a proven technology, it can be easily expected to benefit from it in several cases.

This is a brand new, one-of-its-kind and very important feature of 802.11ac and even it seems to be the device's killer app. All 802.11 ac transmissions can be channelized to one individual receiver. Thus, the Wi-Fi and other stations can be reused serially. When 1.3Gpbs network is at a distant location more than any provided transmission from an AP to a station, 802.11ac defines the strength to transfer to several clients simultaneously at a minimum speed. For instance, a three-stream AP might send three different and separate signals to three separate stream receivers in one transmission cycle.

The accessibility of more bandwidth is key to output. It is known as spectrum in the Wi-Fi world. Government authorities heavily regulate spectrum and its use across the world. However, it does not mean that as it is unlicensed just because it is involved in WLANS.

The most important aspect is that how much signals it is allowed to transmit. 802.11ac brings in 80 MHz and 160 MHz channels, raising the 40 MHz maximum of .11n. However, no excessive transit power seems to be around. This implies that there is a chance of more potential output every second, but less useful spectrum for that maximum output and input. Whatever it is, there are still hopes. And you can expect benefits with the APs being deployed in the 80 MHz case.

This is a collection of parameters that determine the rate of data transmission. This way the effective data rate is received successfully. The parameters of MCS include coding rate, modulation, channel bandwidth, number of spatial streams and guard interval.

Different combinations of parameters generate a series of raw throughput from 6.5 Mbps to 866.7 Mbps per stream. Vendor-specific radio resource management makes adjustments to MCS and other units when it feels changes in both radio and traffic conditions, along with user-specified configuration options. So, MCS applied can vary from time to time in practice.

This is more appropriately known as beam steering. It is a kind of an art and a science that aims at channelizing radio transmission in a specific direction. The radio transmission can be easily received through directional antennas but one station has to communicate with another which is anywhere near the 360 degrees range around it. Therefore, the omnidirectional antennas in WLAN systems are crucial.

As it appears, in order to know the relative location of a receiver, sophisticated software can be utilized. This can also be used to predetermine the duration of transmissions from two and more antennas so that transferred radio waves beef up one another in an exact direction. And once it does so, both range and reliability will be increased. This feature is standardized in 802.11ac.

Of course, the quality of radio environment will improve the efficiencies of 802.11ac. Well, there are many more considerations to make to improve your wireless connectivity.

Where a new AP is required, it is a good idea to use double Cat 6 or greater cables. This is something not that 802.11ac will need higher than 1 Gbps connections but it is required for dense deployments. You can even use any new switches that can support 802.3 at Power over Ethernet.

In order to check out any congestion in wired and core network elements, you should contact network management logs. Keep in mind that networks only increase over time. But, you cannot get the best return on your investment, if traffic is congested in the network elsewhere.

Steven Scheck is the Principal of Inspire Wi-Fi, the nationwide leader of Wi-Fi networks for the multifamily, hospitality and healthcare industries. When he isn’t bringing Wi-Fi to the masses, he enjoys spending time and travelling with his wife and 4 kids and occasionally gets in a round of golf. He is also involved in philanthropic causes in Miami and nationally.

StevenScheck is author at LeraBlog. The author's views are entirely their own and may not reflect the views and opinions of LeraBlog staff.