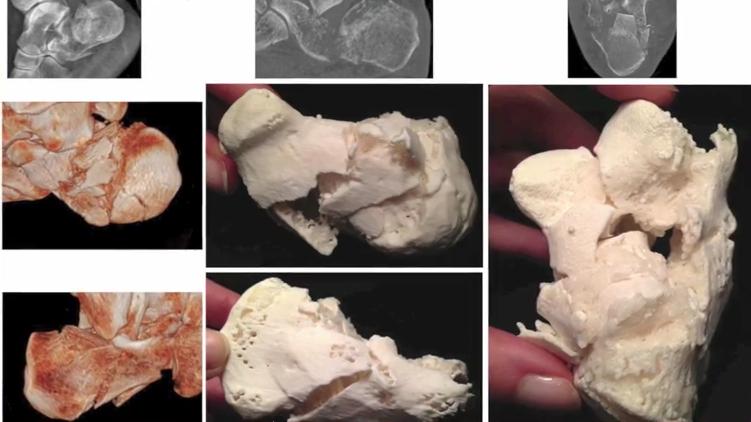 The world of 3D printing is expanding at quite a fast pace. It is being used in a wide range of purposes. Different countries in the world are contemplating the use of 3D printers to serve different kinds of purposes. Different furniture are being made through the use of these printers. Hence, the process has become easier. Moreover, it takes minimum time to manufacture these furniture.

In addition to the other industries, 3D printers have found their place in the healthcare industry as well. These printers have been used to produce prosthetic limbs. This has helped people with disability to be able to move around once again. Besides, 3D printing has also been used to create human tissues. Besides, a few body parts created with the help of the 3D printers also come in handy during surgeries as well.

For a More Complicated Treatment Procedure

The 3D printers have been used to create the model of a heart as well. This has helped open up new horizons in the field of healthcare. This ensures that the technology can be used to help the surgeons in the process of the surgery. As the 3D printed model of the heart did to Dr.Erle Austin while he was planning the heart surgery of the 14 month old baby Roland Lian Cung Bawi. Later on, the same technology was used to create the model of the heart of a baby girl as well. And she was also treated in a proper way.

How Does a 3D Printed Heart Model Help?

Before the 3D printers had set their feet into the world of healthcare, the doctors and surgeons had to remain content with two dimensional pictures of certain parts of the body. This, no doubt, had its limitations. Different doctors and surgeons would have separate views about the processes to be undertaken for treatment. However, with the advent of the 3D printers, the process has become a lot easier.

A Clear View of the Heart before the Surgery

The surgeons can now have a view of the model of the heart and understand where the problem lies. This ensures that they can come to a single point and find out what needs to be done, before embarking on the process of surgery. Just as Dr.Austin said, ""Once I had a model, I knew exactly what I needed to do and how I could do it. It was a tremendous benefit." So, the model made a significant impact on the treatment procedure and helped to make it successful.

Assisting for Surgery on a Heart having Holes and Complicated Structure

The 3D printed heart models found a new use recently in the Morgan Stanley Children's Hospital in New York. A two-week old baby, brought for surgery, had multiple problems in the heart. There were holes in the heart. This, however, is not an extremely uncommon thing. But to make things worse, the structures of the heart chambers were also extremely complicated. According to Dr. Emile Bacha, who performed the surgery, "The baby's heart had holes, which are not uncommon with CHD, but the heart chambers were also in an unusual formation, rather like a maze". This posed a challenge for the surgeons. The 3D print out of the model of the heart helped significantly to find out the way that needs to be followed to make the surgery a success.

The model of the heart using the 3D printing technology was made using the MRI data. This model has opened new horizons for the world of healthcare. It is making the process of surgery prompter and easier.

Although the products of 3D printers were used primarily for heart surgeries, you can expect something more from it in future. The printers are also likely to churn out models of different parts of the body, as and when required. This is expected to come in handy during different types of surgeries, as the surgeons are likely to have a clear idea about the structure of the organ. This will help them plan their steps accordingly. Moreover, this process of 3D printout is also going to help in the process of healthcare education. Students will have a clear idea about the structure and functions of the organs, thus ensuring that better treatment will be available as well in future.