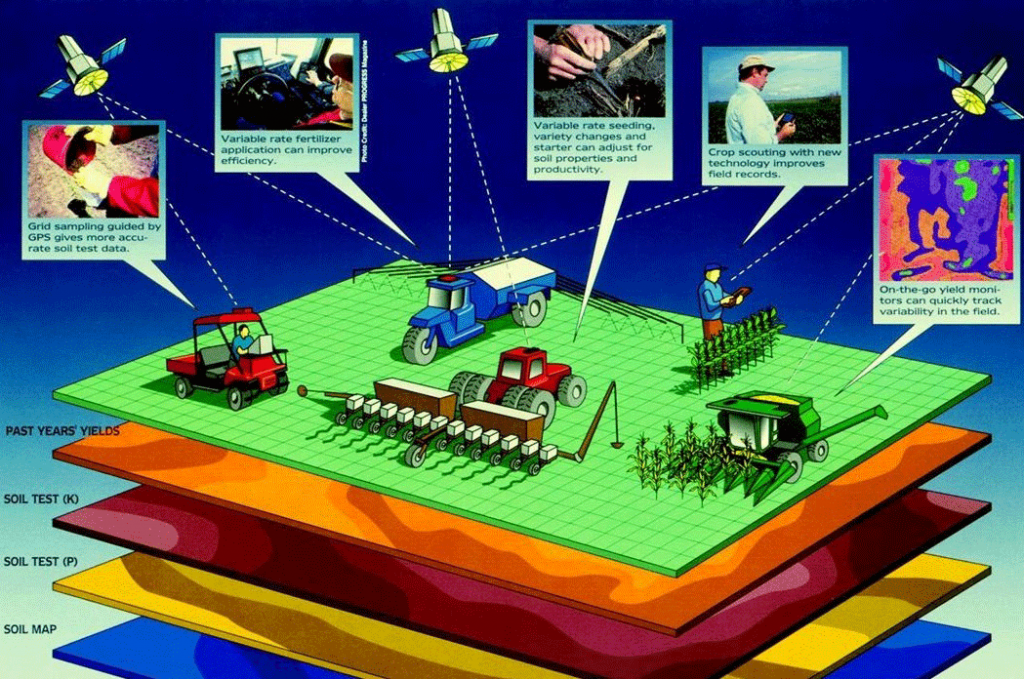 Geospatial technology is a term used to describe the range of modern tools contributing to the geographic mapping and analysis of the Earth and human societies. These technologies have been evolving in some form since the first maps were drawn in prehistoric times. In the 19th century, the long important schools of cartography and mapmaking were joined by aerial photography as early cameras were sent aloft on balloons and pigeons, and then on airplanes during the 20th century. The science and art of photographic interpretation and map making was accelerated during the Second World War and during the Cold War it took on new dimensions with the advent of satellites and computers. Satellites allowed images of the Earth’s surface and human activities therein with certain limitations. Computers allowed storage and transfer of imagery together with the development of associated digital software, maps, and datasets on socioeconomic and environmental phenomena, collectively called geographic information systems (GIS). An important aspect of a GIS is its ability to assemble the range of geospatial data into a layered set of maps which allow complex themes to be analyzed and then communicated to wider audiences. This ‘layering’ is enabled by the fact that all such data includes information on its precise location on the surface of the Earth, hence the term ‘geospatial’.

Geospatial technologies are changing the way data is configured, analyzed and portrayed. Everyday, new maps are created on everything from urban tree canopy data to population distribution, or how the world we use would be different. An example of how our world would be portrayed is how the world is shown is using different methods to depict how a change in water levels will affect the topology of an area or even as simple as mapping doctors’ offices to locate what are considered deserts.

In cartography, a desert is an area that is void of a service. Most commonly, these are discussed while referencing food deserts, or areas that has a population that requires the service, but no food source or grocery store. Deserts are mapped through a software program.

There are many different platforms that can be used with the two most common being ArcGIS and QGIS. Both have many pros and cons, with the primary difference being cost and learning curve. While ArcGIS tends to be considered the Panthea of all GIS fundamentals, programmers are finding QGIS to be much more reasonable.

Addons for the program are free, and many bugs have already been addressed by previous users, making customer support very easy and through a variety of online chat rooms. These rooms have users with various levels of experience to be drawn from to answer questions. Answers range from basic how to add the scale bar properly to incorporating major plugins such as Python.

Python is commonly used in Geospatial management to extract specific data such as precipitation or attaching buffers to areas for analysis. More commonly used is Python Win or Python IDLE, both that pull information that is necessary to complete the script through paths. Although very easy to make mistakes with, Python coding can run fast processes with minimal time.

Time is important specifically if a cartographer is mapping constantly changing data like precipitation values, or climate changes across a larger area like a country. In other instances, time is important as databases can be so large that one may contain 25 GB of data. A database that contains that much information may require several days to process on a computer that does not contain the proper amount of RAM or other computational support.

Both ArcGIS and QGIS require faster computers, but all data will require space with proper formatting styles. QGIS allows for spaces between stored layer names, whereas ArcGIS tends to run into errors if there is a space in the naming convention. Fundamentally, all naming conventions for shapefiles should be space-free, in the event files from QGIS are opened in ArcGIS.

ArcGIS and QGIS both offer free trials to enable users the ability to gain some experience with the product. ArcGIS offers a one-month service, with online services at varying levels, and QGIS is free for life. Weighed against each other, the largest difference is cost, which makes QGIS a strong contender for clients, and ArcGIS sets the gold standard that many GIS analysts are primarily trained in.