No, this isn’t a long time ago in a galaxy far, far away. This is 2018, and the world’s most advanced, informative, and intricate design visualisation tool has arrived. Euclideon’s holographic table top is without a doubt set to become one of architecture and interior design’s favourite luxury devices. 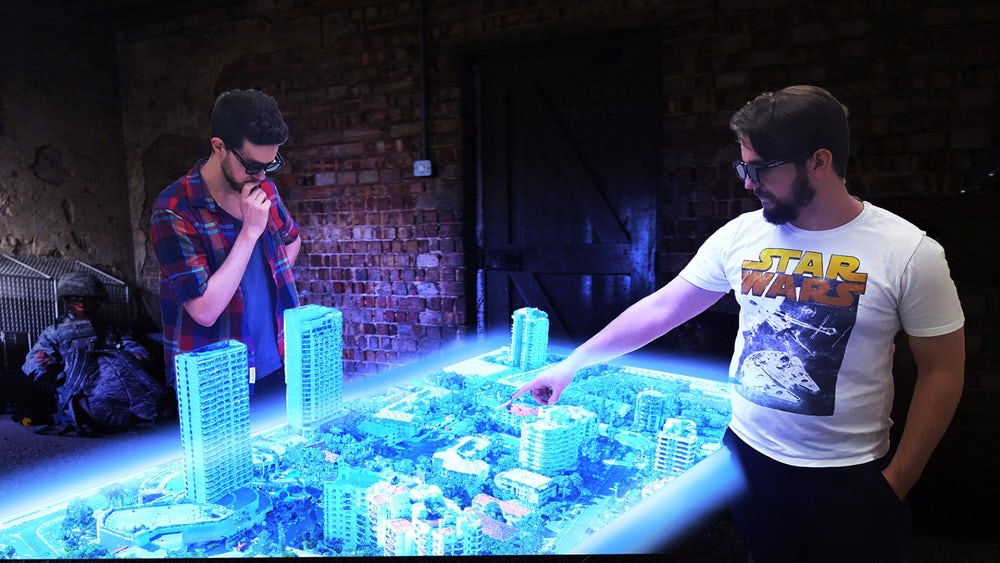 The table is nothing short of spectacular. It uses trillions of light atoms dynamically render virtually any 3D image. The biggest implication the hologram table has for interior design is the ability for multiple users to view these heavily detailed, living, constructs all at the same time.

This makes the hologram table perfect for group projects, where 3D renderings of rooms, homes and furnishings can be replicated to provide everyone with an accurate visualisation of a project.

Furthermore, it doesn’t take much imagination to envisage the influence the hologram table will have on clients – not to mention if they were aware of the eye-watering $47,000 price tag for the tech.

The 1.5 x 1.5-metre construct is capable of projecting graphics up to 60 centimetres high and also making them appear to sink one metre into the table. Such effects are achieved by lightweight 3D glasses, which are much less bothersome than the virtual reality headsets that are gaining popularity for visualisation tools across the industry. 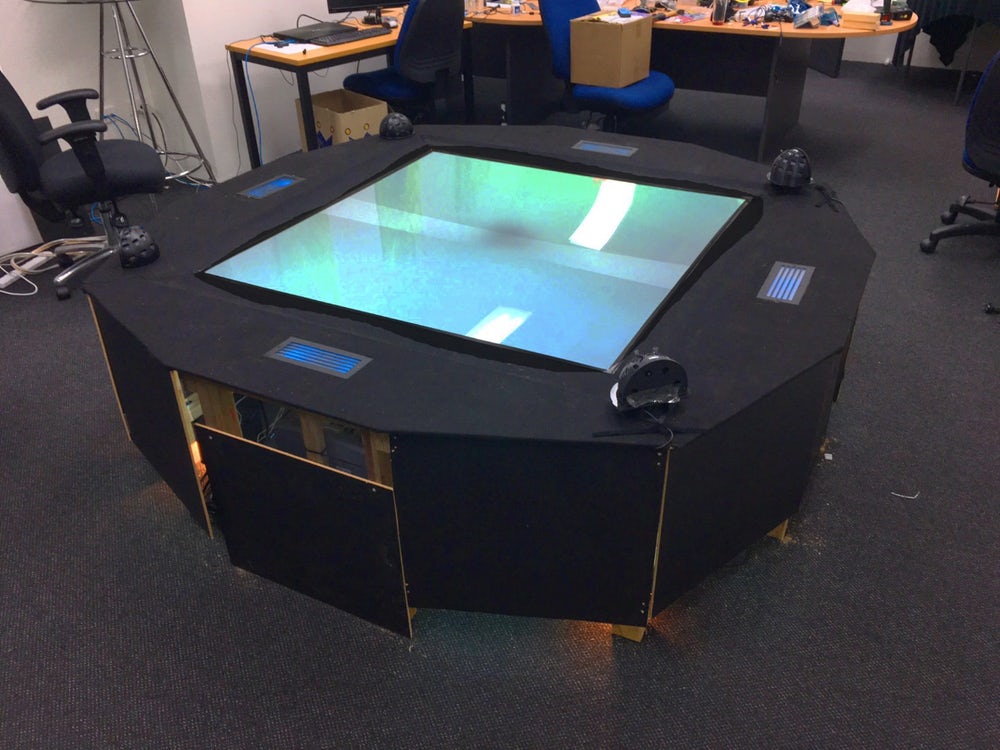 When you put on the 3D glasses, the table is able to track the position of each of your eyes. It uses ‘frequency separation crystal films’ both on the surface of the table and glasses, which allows for up to four people to immerse themselves into the well-crafted rendering that takes the form of something that wouldn’t look out the place in a Star Wars film.

Another great feature in terms of adaptability is the hologram table’s ability to load virtually any type of file. According to Euclideon’s website, users can render models from any 3D source “including design drawings, point cloud data, polygon models, laser scans, photogrammetry, and more.” The Australian company’s website is also keen to reassure us that users are also able to connect the table to a network or external hard drive for easy access and load times for files.

This is just the start of Euclideon’s plans for dragging us into our very own science fiction movie. Their current release might take a tabletop format, but also in development is a new construct that will enable up to four users to stand on the grid at the same time while virtual constructs are created around them.

Talking to New Atlas, Euclideon’s CEO Bruce Dell is particularly excited about his team’s creation of something uniquely beneficial to so many industries. “The biggest problem with computer-tracked holograms is they only work for one person. If you try having two people, the computer doesn’t know whether to build the image from your perspective or my perspective.

Up until now, the reason why we haven’t seen them in much practical use is that a single person hologram table … doesn’t really have that much of an advantage. I mean, you look at it and go “wow!” but you can’t share it with anyone,” explained Dell.

When talking of the design potential in his hologram table, Dell said: “in some cases, it was customers wanting to sell houses or shopping centres off the plan, and the ability to use something other than plastic models. And that’s the hologram table. The ability to say here’s the house we’ve designed, here’s the shopping centre before you’ve built it. And you can walk all the way around, and zoom in, it seems all very nice.”

Of course, this all makes for fascinating reading. However, today Euclideon’s hologram table remains a $47,000 luxury buy that may amaze clients and enable seamless project teamwork, but almost certainly won’t single-handedly help you make a return on such a seismic investment.

For many interior designers looking to bolster their portfolios, or for design teams aiming to work in unison, it’s likely going to be the third or fourth generation of hologram table that starts offering value-for-money that’s matched by practical appeal. Which is a shame, because working with holograms does sound a little bit too fun to turn down at any price.

marykov is author at LeraBlog. The author's views are entirely their own and may not reflect the views and opinions of LeraBlog staff.