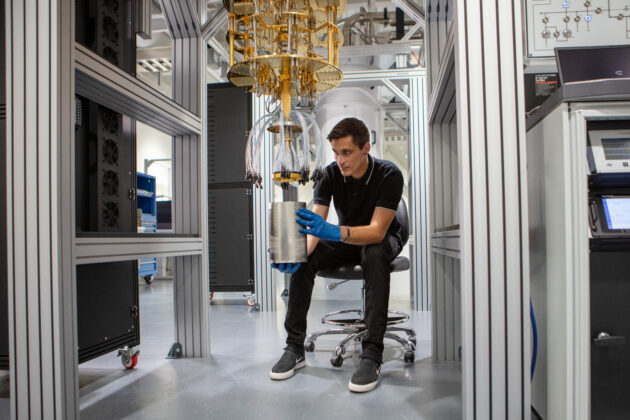 Quantum computing is a type of computing that uses quantum-mechanical phenomena, such as superposition and entanglement, to perform operations on data. Quantum computers are able to perform certain computations much faster than classical computers, which makes them well-suited for certain types of tasks, such as breaking modern encryption algorithms or simulating quantum systems. However, the field is still in its early stages and there are many technical challenges that need to be overcome before large-scale, practical quantum computers can be built.

The basic unit of quantum information is the qubit, which can exist in a superposition of states and can be manipulated using quantum gates.

Superposition is the ability of a quantum system to exist in multiple states at the same time. In classical computing, a bit can only be in one of two states, 0 or 1. However, in quantum computing, a qubit can exist in a superposition of states, which allows for a much larger number of states and more complex computations.

There are several quantum algorithms that have been developed for solving specific problems, such as:

These algorithms demonstrate the potential of quantum computing to solve problems that are intractable for classical computers. However, it’s important to note that not all problems can be solved efficiently by quantum computers, and many technical challenges still need to be overcome before large-scale, practical quantum computers can be built.

The field is still in its early stages, and many technical challenges need to be overcome before large-scale, practical quantum computers can be built. For example, quantum systems are highly sensitive to their environment, which makes it difficult to maintain the quantum state of the system for long periods of time. Additionally, the field of quantum error correction, which is necessary to protect quantum information from errors, is still in its infancy.

Despite the challenges, many organizations and research groups around the world are actively working on the development of quantum computing, and significant progress has been made in recent years