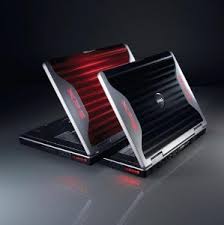 If you play a lot of video games it is necessary for you to have a strong PC. There has been a lot of discussion which is better for gaming - a laptop or a desktop. Stronger PCs generate much heat and should therefore need lot of space for coolers. They also require more space for all of the other parts that boost the speed and power of your PC. That is why for a long time some people may have believed that desktops have advantage over laptops. But the laptops made in the last couple of years are very strong and considering this and their flexibility, we may say that they are an equal or even a better option than a desktop. Some laptops are designed especially for gaming and may be by far better than desktops. Let us have a closer look at some of the features of both gaming laptops and desktops.

If you like to play many video games, you need much RAM memory, since many of the games today can be quite demanding. There is no much difference between laptops and desktops, considering this. RAM memory functions similarly for both of these types of PCs. You can find laptops which will allow you to put even up to 32GB of RAM memory and this is way more than enough. There are many laptops that are designed especially for gaming and if you get one of those, you don't ever have to worry about not having enough RAM memory. Both laptops and desktops can have just enough RAM memory and it is up to you to decide how much you'll need. 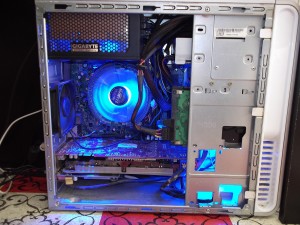 GPUs and CPUs are also very important for any gaming PC, whether it was a laptop or a desktop. For many of the popular games it is necessary to have a strong GPU. Some of the laptops have integrated GPU while some may have some more powerful unit. Of course, gaming laptops usually have some strong GPU, which can be as strong as the one in desktops. So, pretty same as with the RAM memory, it depends on type of graphic card a PC have, but in general, laptops can be as strong as desktops when we are talking about graphics. Laptops today usually come with quad-core CPUs which is just enough but in order to keep it working properly you might need a laptop cooler, since there is no much space inside of them for a regular one. 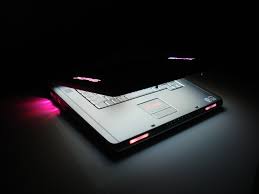 Not so long ago, desktops had a clear advantage in this field. The sound of standard laptops was hardly able to compete with the one of the desktops. But today we have many powerful laptops which produce quite a quality sound. Not only that the sound of laptops today has the same quality as the one of the desktops, but they can also be very loud as well. The laptops that are designed especially for gaming have very strong speakers and they keep their users satisfied. So, today, both laptops and desktops produce strong and quality sounds and we cannot say that one of these is a better option than the other.

This is one of the features in which the advantage goes to the laptops. Usually a lot of attention is paid to the design of the keyboard on a laptop, plus, there is always the option to plug in a mechanical keyboard to your laptop. In addition to that, some of the new laptops may even have integrated mechanical keyboards. There is also screen. Even though the laptop monitors are smaller they can be of a very good quality and great for gaming. Same as with the keyboards, you can always plug in your laptop to another monitor. So you can always hook them up with some other keyboards and monitors, just like with a desktop but laptops also offer you portability and opportunity to use them without the necessity of any cables and additional pieces of technology. If you have a gaming laptop, you won't even have to use any other keyboards and monitors since these are designed perfectly for all of your needs.

We came to conclusion that today there is no as much difference as there it was couple of years ago. There are also some laptops which are designed especially for gaming and these might even be a better option than desktops.

DianaSmith is author at LeraBlog. The author's views are entirely their own and may not reflect the views and opinions of LeraBlog staff.