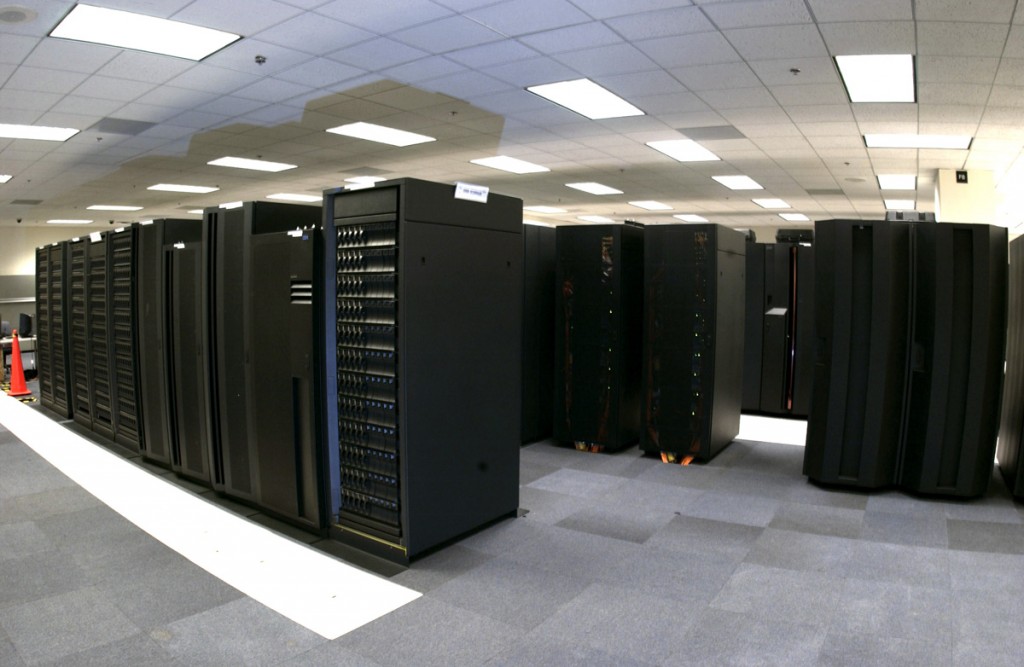 Supercomputing is the answer to many of the future's complex problems. Whether it is accurately predicting the timings and location of cyclones and earthquakes or developing advanced nuclear systems, supercomputing is a core part of all these scientific processes. Needless to say, a supercomputer is a measure of its owner country's scientific prowess. In this light, the country discusses the development of supercomputing in India.

What is a supercomputer?

A computer is essentially a problem solving device, whose processing power is its defining characteristic. The speed with which it is able to solve a given problem or perform an assigned task is what we can call as its processing power in layman's terms and that is what makes the computer so useful. The easiest way to define supercomputers is definitely based on their greatest attribute; speed. The fastest type of computer that exists on the earth today is supercomputer. It is the most powerful and high performance system in the world, offering much greater capacity for solving larger problems that could not be solved using the conventional computer. The processing power of supercomputers is measured in flops or floating point per second. Such huge machines require great power to keep them working smoothly. Therefore, speed and power are the two considerations to make classifying a computing device into "super" category.

The origins of supercomputing

It was in 1960s that the first supercomputers were introduced in the world, with few processors and limited capabilities. These supercomputers were soon replaced by more powerful machines in the 1990s, having thousands of processors and a wider scope. The fastest computer today has a speed of 17.6 PetaFLOPS, 20 billion times more than the first supercomputer, making a case for an interesting analogy where the speed difference can be compared to the top speed of a sloth and the speed of light in vacuum. Seymour Cray, an American electrical engineer and supercomputer architect is credited for making the world's fastest computers for decades. His company, Cray Research continued this tradition until 1990s when other players like IBM, Intel also started showing interest in developing such machines.

India and supercomputer-Early days: In India, the supercomputer program could only start as early as the later part of 1980s. The reason behind the same was an arms imbargo forced on India owing to which it could not import Cray supercomputers as they could have been easily used for developing nuclear weapons. This necessitated the need to develop an indigenous supercomputer, and the outcome was PARAM 8000, the country's own supercomputer, built wholly inside the country by Center for Development of Advanced Computing. The name is an interesting derivation of the initials of "Parallel Machine" and also has connotations in Sanskrit, meaning "The Supreme". The speed of PARAM 8000 was 1 Gigaflops and India became the second country after USA to have its indigenously built supercomputer. The international community, which initially refused to accord the machine its share of recognition and appraise, had to finally nod in agreement when the machine was benchmarked in the Zurich Supercomputer Show.

After Param 8000, C-DAC launched many advanced and improved version of the PARAM computer, of which prominent are "Param 8600', â€˜Param 9900/SS', â€˜Param 9900/AA', â€˜Param 9900/US', â€˜Param 10000', â€˜Param Padma', â€˜Param Yuva', â€˜Param Net' and â€˜Param NetII'. However, in spite of being the pioneers in this technology, India's supercomputing initiatives lost steam midway giving other latecomers like China and Japan a significant edge over itself. Japan and China have made great leaps over the last two decades in this field with both having more supercomputers in the TOP500 list than India.

PARAM YUVA II-The latest and the best: India's supercomputing efforts are on steady growth trajectory, denoted by the recent deployment of PARAM YUVA II at C-DAC by Netweb Technologies. The supercomputer was made by C-DAC in just a time duration of three months at an estimated cost of INR16 crores. The peak performance capability of the machine is 524 teraflops/s, which is a ten-fold increase on the existing supercomputer facility in the country. In contrast, the computer consumes 35% less energy, making it the 33rd best in the list of TOP Green 500 supercomputers of the world. The various fields that will employ the services of PARAM Yuva include space, bioinformatics, weather forecasting, scientific data processing, aeronautical engineering and pharmaceutical development.

Supercomputer Education Research Center: A component of Indian Institute of Science, India's premiere scientific research and development academic institute, the computer center was established in 1970, primarily as a central computing facility. In 1990, it took the form of a Supercomputing facility with a functionally distributed supercomputing environment for the good of faculty and students of the institute. SERC has helped in research in various advanced disciplines like computer architecture, database systems, computational electromagnetic and acoustics, graphics and visualization, grid computing, information and network security. SERC has been of indispensable help to government and private agencies for undertaking various R&D projects under various departments. For students, SERC is the optimum destination to pursue a master's degree program MTech in Computational Science, a one of its kind course started by the Institute in 1999.

Future of supercomputing in India: If reports are to be believed, Indian government is fully prepared to usher in next generation supercomputing in the country. It has a blueprint ready for developing a petaflop and exaflop range of supercomputers, at an estimated cost of INR 4,750 crores over the next years. If everything goes as per the plans, India would again regain its lost top position in this space with machines that will be 61 times faster than the existing lot of supercomputers.

Saurabh Tyagi is an expert writer having interest in diverse topics like education, breakthrough technologies, and Web 2.0. He is writing on the behalf of Shiksha.com, which is providing genuine and accurate information about the current education trends in top ranked engineering colleges in India.