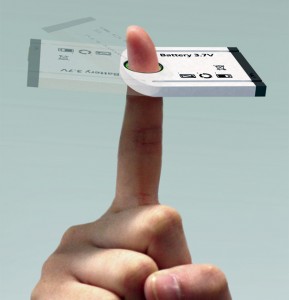 Rising costs for fossil fuels, a greater concern for the environment, and a desire to live in greater harmony with all of nature and the rest of humanity are just some of the reasons why so many people are searching for ways to decrease their carbon footprint. For most folks, adopting a renewable form of energy to power their lifestyle, such as solar energy, is a key strategy in their quest for a greener, healthier, more natural way of living.

Of course, there are a number of misconceptions about solar energy that cause some to hesitate and hold back from adopting a more sustainable lifestyle. Common myths about solar power include the thought that it isn’t a reliable source of energy or that it is too expensive to get started with solar. These myths are just that – false beliefs!

Solar Energy is a Reliable Source of Power

While it’s true that early solar panels were not as efficient or long lasting as would be desired, advances in solar technology have increased their durability, longevity, and effectiveness. This means that homeowners who want to adopt more sustainable lifestyles powered by green, reliable energy, should choose solar energy components that are of a high grade as compared to cheaper, less reliable options.

From the actual solar panels to the power inverter, batteries, and even the battery monitor, care must be taken to use only components that are made to a high grade with superior craftsmanship and standards. Otherwise, the maintenance, replacement, and long-term costs, as well as the lack of reliability associated with the use of inferior materials, won’t add up to a win for you or the environment.

Using highly durable and reliable solar components that are of high quality, and feature the latest advancements in technology, has allowed countries like Germany to fill a significant portion of their country’s energy needs with renewable forms of energy, including solar energy. According to a 2016 report, Recent Facts about Photovoltaics in Germany, by Fraunhofer, renewables supply 38% of Germany’s total energy needs, with solar energy supplying over 7.5% of the total energy used in the country.

The Cost of Solar Energy is Decreasing and Becoming More Economical

Making the switch to solar power does require a larger upfront cost than some other forms of energy, as high grade solar energy components can be quite expensive to purchase initially. These components quickly pay for themselves as the cost to generate energy via solar power over the long term is virtually free once a solar system is installed in the home.

Various federal and state governments also subsidize the purchase of solar energy systems in the forms of rebates, tax breaks, low cost loans and other incentives that are bringing down the upfront costs associated with solar. One of the best features of using solar energy in the home is that homeowners can make the switch to solar power in stages, which makes installing solar energy components extremely budget friendly for most households.

For example, a popular DIY project completed by many homeowners is to convert the energy used to heat their hot water over to solar energy first. By installing just a few solar panels to power their hot water heaters, and choosing to use an extremely energy efficient heater, many of these homeowners are able to reduce their energy costs by nearly a third!

According to data from the Union of Concerned Scientists, the use of solar power is on the rise in the United States. High grade solar components have increased the reliability of solar energy generation, and the cost of installing solar systems is decreasing. This has led to 400,000 American homes being fully solar powered as of 2014, and this number is forecast to rise to over 1 million by the year 2020, making reliable and affordable solar power the key to most realistic sustainable living strategies.