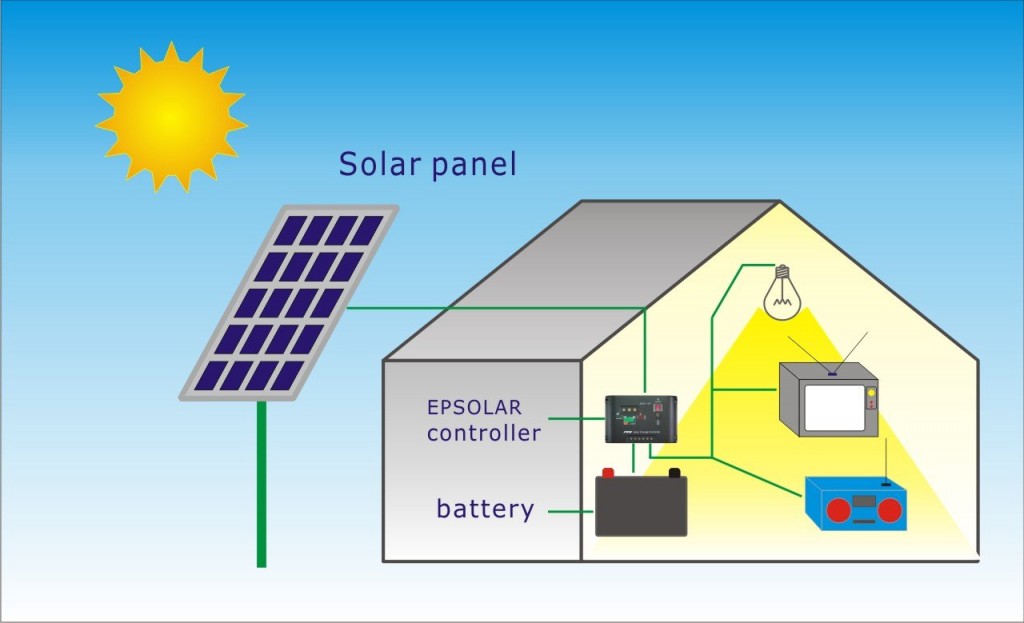 Chances are, those who lived on the east coast in the midst of the devastation of Hurricane Sandy of 2012 wished they had power inverters on hand to maintain at least some heat and electricity. Many victims were with zero electricity for months on end. Calamities happen, both expected and unexpected; and it's wise to be prepared with power inverters on hand. Anymore, however, in a world where geo-political instability is a topic of genuine concern, American citizens are realizing that it's not just the weather one needs to be concerned about. And we'll cover this in a moment.

Power inverters can supply needed electricity if there is none; and the concept of how they work is pretty basic. In a nutshell, power inverters convert direct current (DC) electrical energy into usable alternate current (AC) electrical energyâ€”the type of energy homes and businesses receive from the grid. Power inverters, for North America at least, convert a 12-volt DC input source into 120 volts at the inverter outlet and DC comes from sources such as batteries and solar panels.

Hurricanes, ice storms and tornadoes knocking out power is nothing new; and we all expect those types of weather-related events; but Americans across the country are more and more aware of the reality of cyber-attacks from hostile nations as well as powerful EMPs that could knock out electric grids virtually everywhere. EMPs are "electromagnetic pulses" from the sun or EMPs can be produced from nuclear explosions in the atmosphere which can fry electric grids in minutes and leave those electric grids down for months or even years. It's a frightening thought and being prepared for the unthinkable IS almost unthinkable!

NASA has warned about EMPs from the sun, as of recently, and other dire warnings from U.S. Defense Secretary, Leon Panetta, and former U.S. Department of Homeland Security Secretary, Janet Napolitano, have both offered sobering statements concerning the U.S. electric infrastructure being a tantalizing target in the eyes of hostile nations. A nuclear-sourced EMP is an enemy's best chance to collapse our national power grid and bring America to a halt.

"The best defense is a good offense" are the famous words of wisdom which have been applied to both the sports arena as well as the military; and ultimately, it has to do with being prepared ahead of time, before trouble arrives; in other words, being proactive.

If electricity goes down, regardless of the reason, a family should be prepared ahead of time with one or more power inverters so basic necessities can be maintained as much as possible. This brings us to what are called solar inverters, of which, there are three types: 1) stand-alone 2) synchronous and 3) multi-function.

Standalone power inverters are a type of off-grid solar inverter which draws its energy from wind turbines, hydro-turbines and engine generators. Standalone inverters do not need to be hooked up to solar panels and can be used in remote locations such as a cabin, as well as mobile energy stations including boats and RVs.

Grid tie inverters are used if one receives one's primary electric source from the utility company. This inverter type uses the utility company as a backup energy source. Now, if the electric grid were to go down, however, grid-tie solar systems would go down with it.

Again, if the power grid were to go down, one's entire grid-tie solar array would become useless regardless of how much money one had invested in solar panels. The solar panels would be, instantly, rendered useless as a result of the downed grid system. However, if one wanted power from solar panels during an outage, one could buy a battery-based grid-tie inverter. This would involve buying batteries, a battery box, and a charge controllerâ€”the only downfall would be the expense.

The thought of a long-term power outage is a bit daunting; but our world is becoming alarmingly less and less secure; and having power inverters on hand that can operate independently of the electric grid is certainly something worth considering. Since most people aren't even minimally or moderately educated on the various power inverter systems, speaking with a professional in the power inverter field, such as Don Rowe, would be recommendedâ€”you just might be very glad you did!

Though no power inverter system is a cure-all for supplying 100% of a home's electrical needs during a seriously prolonged power outage, at least being prepared initially is a lot better than not being prepared at all.

As observed at his G-to-the-Plus zone, Dainel helps to organize a advertising business. He works in lovely L.A., and really likes blogging to aid businesses.