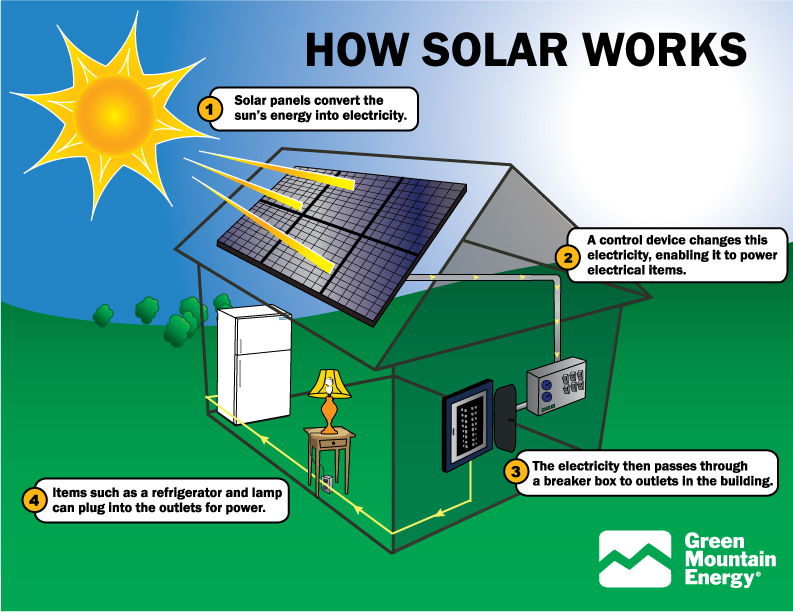 A popular segment of new home construction now is the inclusion of renewable and sustainable energy solutions.

Though most renewable energy solutions are still less popular and underutilized, the savings they can provide your home are hard to ignore, particularly when you're talking about solar panels.

Like any energy solution, solar panels have both their downsides and their upsides. An informed consumer should be able to see past the cultural and political rhetoric and look at this project through the lenses of whether or not it would be a prudent decision in terms of reaching their own goals for their home.

The truth is that while solar energy has its many benefits, it's not the perfect solution for everybody. I've compiled a list of the three main benefits and drawbacks when it comes to actually purchasing and installing solar panels. What a person takes away from this list will depend on their unique situation and individual needs, as it is intended to inform rather than persuade.

These are the six of the most important pieces of information you need to know about solar panels.

1. One third of the cost will be reimbursed to you via a tax credit.
Whatever you end up spending on your entire project, including the panels themselves, installation costs and even extra construction, you'll get one-third of that back in a tax rebate, which ends up drastically reducing the cost of the entire process.
If it's not renewed, that tax incentive will expire in 2016; though with the popularity of renewable energy remaining low, renewal of the rebate isn't entirely unlikely.

2. Your electricity bill will be significantly reduced.
This is perhaps the most obvious and desirable benefit that can be achieved by installing solar panels.
Depending on the amount and size of the panels you buy, you can cut anywhere from $30 to $100 per month off of your electric bill.
How much this saves you will depend on the size of your house, though for many homes $100 would be enough to cover almost all energy costs. Where the panels are facing and how much direct sunlight they get will also come into play, though on average, you can count on the panels paying for themselves within a decade.

3. You'll have a buffer against power outages.
Certain types of solar panel installation packages can prevent you from being subject to power outages, which could be an important component for people living in a colder climate, or in areas where weather can often cause power issues
If this is something that concerns you, your solar panel stock will be far higher than a person who doesn't worry about losing their power very often.

1. The entire process can be fairly expensive.
Even getting a third of your money back in taxes, solar panel packages that can actually make a significant difference will usually run over five figures. As I've already stated, breaking even requires that you stay in the house for about a decade, so it's probably not a good idea for a home that you don't plan to stay in long term.
For new construction, the cost can be included in your mortgage if you don't want to pay it outright, which makes price a little bit less of issue.
If it's more important to you to have the lower monthly electric bill, the money up front might not bother you as much.

2. They're a bit of an eye sore.
Having a gigantic solar panel on top of your house can definitely cause the aesthetic look of your property to take a bit of a dive.
The panels themselves are just not pretty to look at and unfortunately the roof of your home is usually the best place for them.
There are options that can blend in more with your home, such as panels that have the look of roof shingles. You can also opt to put them on top of your garage or on an outbuilding that you're less concerned about the look of.

3. The electricity they generate will vary based on sun exposure.
Location is vitally important when installing solar panels, and whatever company you contract with will be able to inform you on what the optimal location would be to get the most sun. Even still, a string of cloudy days and indirect sunlight will mean that the electricity you generate from them will be far less. Dealing with the uncertainty of this isn't a big problem when using them as a supplemental tool to your main power source. However the unpredictability still has to be considered one of the most prominent downsides.