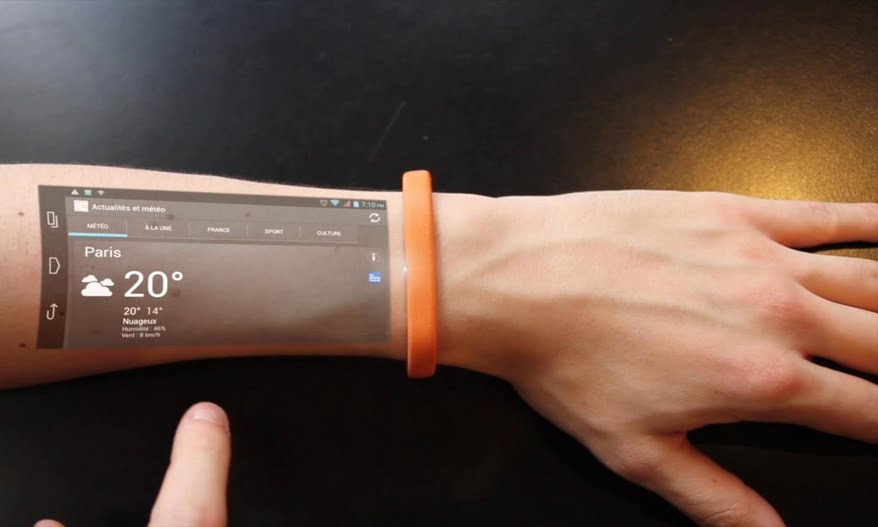 Technology plays a great role in your lives and people have become dependent on it. Today, people do not want to separate themselves from technology. There has been a rise in wearable technology right from Apple Watch and the fitness trackers to Microsoft’s HoloLens and Google Glass. The tendency of technology is to become smarter and faster all at the same time. You can be sure of one thing that in the future you shall wear technology outside as well as inside your body.

If there is one wearable technology that is bridging the gap between functionality and style then that is a smartwatch. The market is led by Apple Watch. The formative designs were stylish, sleek, and versatile in a wide range of looks. Apple has created a great timepiece, which uses vibrant colors and has great presented lines.

From this angle, it can be said that wearable technology is looking cool. Additionally, there has been a rise in functionality also, which means it is ideal as a recreational tool as well as a fitness tool. You can synchronize it to an Android or iOS smartphone.

In several ways, this wearable technology market is in the flux state. If the present generation of fitness bands and smartwatches boast of design quality and aesthetic appeal the failure of complicated projects including Google Glass says there is a gap that should be bridged between functionality and form. So, all wearable technology may not be considered cool though major advancements are made in the previous 12 months and there is significant potential for development in the future.

The wearable technology market is challenging. Consumers purchase these products and get a new experience. However, after some time, these devices fail and do not add any real value. This market is in its primary stages; though it is evolving rapidly. Wearables shall take off and they should be embedded in the apparel people wear, and it can be anything like sensors in the shoes, which can count the steps or the shirts that may track the heart rate.

Wearable technology has gone in various directions that were once considered impossible. It has come a long way since the earliest Bluetooth headsets to small-sized calculators. Smart glasses offer digitally interactivity very close. Solo cycling glasses aid cyclists with fitness and speed information. The Vaunt can blend into regular spectacles and can respond to the head-title gestures. It transmits important information without the requirement of a huge screen.

There has been an increase in smart jewelry. It delivers many high-tech features with its discreet accessories. Motiv Ring can track heart rate, fitness activity, sleep patterns in a minimalist and a slim ring. Ringly is a step further and it alerts wearers to vital notifications including phone calls and meetings via its flashy gemstone.

These wearables might turn out to be revolutionary for mobile casino gambling in the US or UK in case gambling such as poker online is legalized completely in the United States, and it will add coolness to wearable technology.

The way people interact with the latest technologies is connected to the cognitive processes compared to the ability of a designer to create stunning UI. Unpredictable patterns come out when a person has software, a tool, or something they have not noticed earlier. People use cognitive processes when something unusual and new happens.

While wearables are designed, the designer must focus on the way the user can use it for achieving the main objective. You can develop a journey by making mental models and evaluating the way to align the intuitive perception of the user and his interaction with the technology.

Wearables have many advantages of being more connected and more personal to the physical body of users compared to any mobile device or smartphone. Designers must know it from the beginning of the product development stage.

Wearables bring the equation of humans with a very deep emotional connection, and happiness, fear, stress get amplified. Fitness wearables use sensors for detecting the wearer’s movements along with the stress and heart rate levels. This helps users to know the fluctuations the entire day. Medical devices can monitor sleep patterns and promote peace of mind.