Beautiful sounds are the magic waves of our souls. Listening to music, the sound of a bird, the sound of the rain on a summer day-all these sounds are generated by pressure differences in the air around us; the air transmits these vibrations accurately. A microphone is a device which takes varying pressure waves and converts them into varying electrical signals. There are several technologies dealing with how a microphone makes this conversion from air waves to electric signals. Let’s see the basic types of modern microphones. 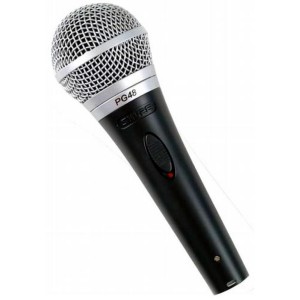 A dynamic microphone uses the electromagnetic technology. The audio signal is generated when a conductor moves within the magnetic field (a lightweight diaphragm moves according to the sound pressure causing a magnet or a coil of wires to move). In response to its movement, the electromagnet generates an electric signal which flows into the wire. Because of this technology, dynamic microphones are a bit less sensitive to high frequencies and pressure levels compared to other types such as condenser microphones described below. They are not too competitive for voice recording but are very good for other purposes such as electric guitars or bass drums. Dynamic mics are the best when the sound source is close and loud enough. 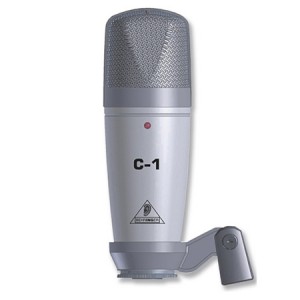 This type is very popular nowadays. It is based on the condenser technology (storing of the electrical energy). The condenser microphone is basically a capacitor where one plate is moving according to the sound waves’ intensity. The diaphragm is placed very close to a metal disk similar to a capacitor. When the capacitor is provided with electric power (from a battery or other source), the diaphragm vibrates according to the air pressure. This vibration determines variable capacitance and consequently a variable signal output. These microphones come in variable sizes and shapes. Their main advantage over other types of mics is the absolute sound fidelity, they are more responsive to the nuances and waves and are usually used for voice and studio recording.

Watch this video to learn more on the differences between several dynamic and condenser microphones (and also hear how they actually sound): 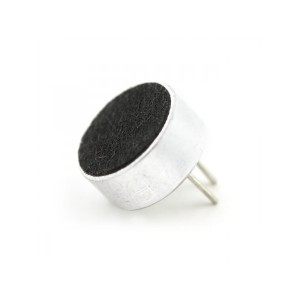 This type of mics is the most common all around the world. They are utilized in cell phones, hands-free devices, personal computers, laptops, etcâ€¦ The operating principle is similar to condenser microphones, with the difference they don’t use an external charge source-it is replaced with an electret. An electret is a permanently polarized component used as a power supply for the microphone. 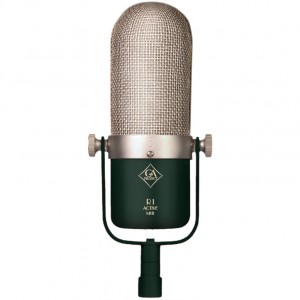 They are bi-directional microphones. The working principle of a ribbon mic is based on a duraluminium or aluminum-made ribbon suspended in a magnetic field. When sound waves move the ribbon, it changes the current passing through it. Ribbon mics respond to the air molecules’ velocity instead of the sound pressure level. It is one of the oldest types of mics and was widely used in the golden-age of radio (years ’30-’50). The first ribbon mic (RCA PB-31) dates back in 1931. Nowadays, they are mainly used for exterior recording. 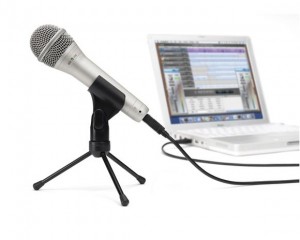 The USB microphone is a recent advancement in the microphone technology. It features all the elements of a classic microphone with two additions: and onboard preamplifier and the A/D converter. With these two elements, the microphone no longer needs to be connected to an external power supply and it can be plugged directly into the computer’s USD port. So it is best used for mobile recording. The sound fidelity is good enough for quick recordings. 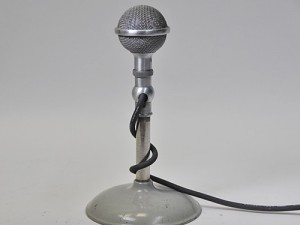 As we know, when changing their shapes, crystals also change their electrical features. When a diaphragm is attached to a crystal, it will create an electrical signal once a sound hits the diaphragm. Then this signal flows thru the wire. This is a relatively new technology but with good premises for the sound recording industry.